One of the exciting things about horror movies is how they can take a completely ridiculous concept and not only play it straight but actually make it scary. That is what the debut movie of Parker Finn: Smile manages to accomplish.

When I heard the synopsis of a woman being haunted by a creature that appears as people with creepy smiles, I figured it’d be a fun popcorn horror at most, but what I found was a surprisingly chilling psychological thriller with a poignant look into the trauma and anxiety of mental health issues.

Dr. Rose Cotter (Sosie Bacon) is a therapist who checks up on a mentally unstable new patient named Laura (Caitlin Stasey). Laura says she’s being followed by an entity that appears as different people with “the worst kind of smile”. Suddenly she screams in terror, seemingly strangled by an unknown invisible force before suddenly standing and smiling. She then slits her own throughs, doing so with a wide smile across her face.

From there Rose slowly starts seeing the same thing. Strange occurrence of an entity appearing in front of her with a sinister smile. It can appear as someone she knows or a complete stranger. It’s, sometimes just standing there, sometimes telling her she’s going to die, sometimes it does worse.

Smile has a lot of similarities to other horror movies about curses, most notably The Ring and It Follows. Rose must uncover the mystery of what the entity is before it’s too late as the hauntings become more elaborate. Smile isn’t the most original film in this regard but director Parker Finn has enough knowledge of horror to play with expectations.

The film’s pacing and story can be very disorienting with reveals and scares playing with and subverting expectations in a way that is hard to predict yet feels consistent with one another. An entire scene can go by only for new information to be revealed veering it in a completely different direction. The film keeps you on the edge of your seat and keeps you second-guessing. The majority of the movie is spent with the main character Rose who is the victim of the haunting. She starts off as a very calm and collected therapist, but as the movie continues she sees how the entity breaks her as she slowly becomes a nervous wreck. Actress Sosie Bacon delivers a strong and realistic performance. As a therapist she knows that people will think of her as crazy, the same way she does when analyzing patients but still pushes on to save her own life even as she spirals further into despair.

We begin to see cracks in her seemingly perfect life, as it revealed that she has relationship troubles with her fiance and a dark past involving her mother. It even shows in her appearance. She starts off very professional looking in a suit and with her hair tied back, but by the end of the film she’s in far looser clothing, has really disheveled hair, and looks like she hasn’t slept in days. At one point you even see her putting makeup over her eye bags, like a last desperate attempt to maintain the image of normalcy.

Like a lot of modern horror movies, the film also has a deeper allegorical message, this time about mental health and trauma. When the patient and later Rose to try to reach out to people like her fiance and sister about the trauma in their life (both regarding the entity and past experiences), they usually write her off as a crazy nutcase. The film seems to say that even if a person acts and sounds completely insane, we should still try to listen and understand them as that’s the first step to helping them overcome these issues. Leaving them to wallow in paranoia will just make things worse.

It’s not exactly subtle with this message but it doesn’t bash you over the head with it. It shows you the themes through the characters in their interactions as opposed to giving you an annoying preachy speech about it. 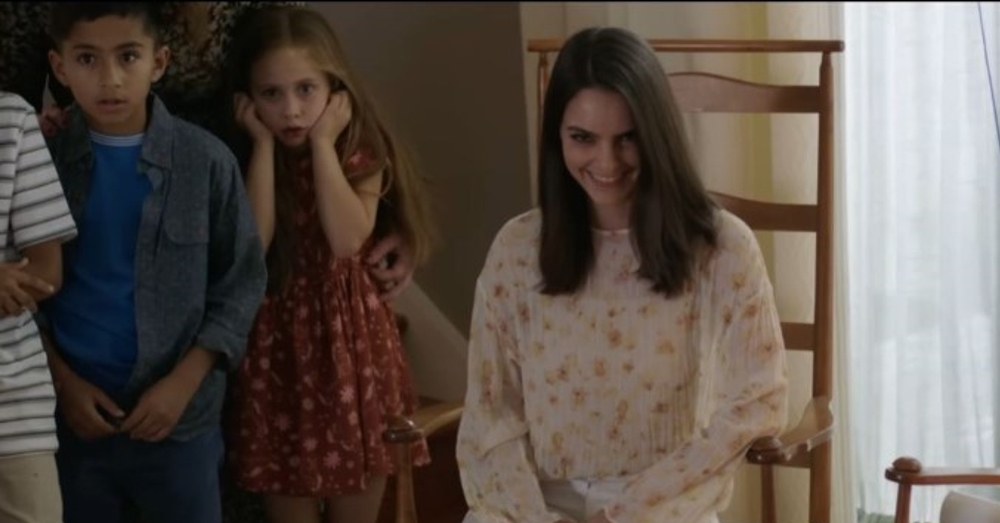 The film takes the silly premise of a creature with a creepy smile and brings it to life far beyond my expectations with good timing and acting. For one, we don’t actually see a lot of the smile entity. This makes the audience paranoid about when it’ll show up next and more scared when it does. It also acts more violently every time it’s seen going from death threats to more disturbing encounters.

The movie has a very uncanny valley effect. Unlike say, the 2018 horror movie ‘Truth or Dare’ which also had scary smiles but looked silly due to an overuse of CGI, The Smile Entity feels far more natural. I can’t tell if CGI was used to make the smiles in Smile but the faces look like those that a person could actually make, yet you can tell there’s something off about them which adds to how unnerving they are.

Each actor that performs as the Smile Entity likewise does a good job at selling this thing as threatening. Of course, they need to maintain that wide grin with direct eye contact but their body language is also subtly creepy. They can act completely normal in one scene and stiff and corpse-like in the next, complete with that piercing glare. It moves at a steady pace, also giving you new information but also knowing how to build tension through the cinematography. Much of the scares in this movie come from how good the camera work is. You have the classics like still shots panning into the darkness but also a technique of using extreme close-ups of two people’s faces as they’re talking, cutting between each other. It creates fear as there’s always a chance one of them could suddenly have a smile. It comes to a point where it really feels like this thing could pop up from any corner and be any person.

This does however lead to one of the bigger problems in the movie: it has a lot of jumpscares. Some of them are quite well timed however quite a few of them do feel a little cheap and unearned. There are also a couple of times where the smile entity just seems more hammy than scary like when it appears as a mental patient early in the movie screaming “YOU’RE GOING TO DIE!” over and over again. Thankfully it gets far more chilling as the story continues. A movie about a bunch of people smiling weirdly could have gone so wrong but director Parker Finn really knew how to make Smile incredibly uncanny through the use of good acting and unnerving camera shots. The main lead Rose ells each scene as we tragically see her descend into madness, meanwhile, the creature creates a true air of terror and paranoia that grips you throughout the runtime.

While the movie doesn’t really do anything that others haven’t done before it makes up for that with the quality of its cinematography and acting chops. If you’re looking for a good new psychological horror movie with an interesting monster at the center, this could really bring a Smile to your face. 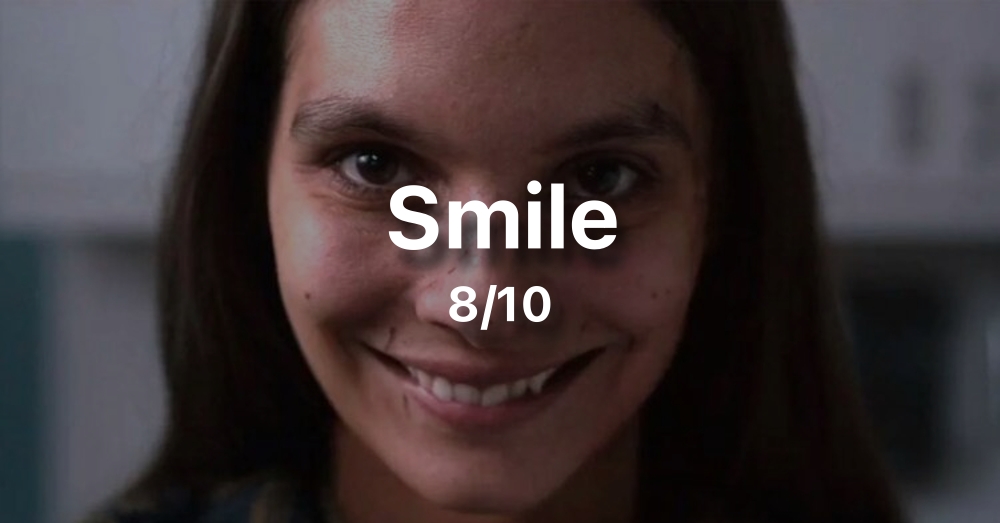 Smile is currently screening in cinemas around Malaysia.

For more on new horror movies, check out our review of The recently released Black Phone