Which Consoles Were Malaysians Looking At This Year?

Suffice to say, it’s been a big year for consoles this year. Aside from the next gen of consoles that debuted this year, we’ve also had a sudden pandemic causing people to stay home more.

Naturally, this means being a shut-in and playing 100-hour RPGs suddenly shot up in acceptability, and a lot of people took the jump and got consoles to cope with the increased home time. 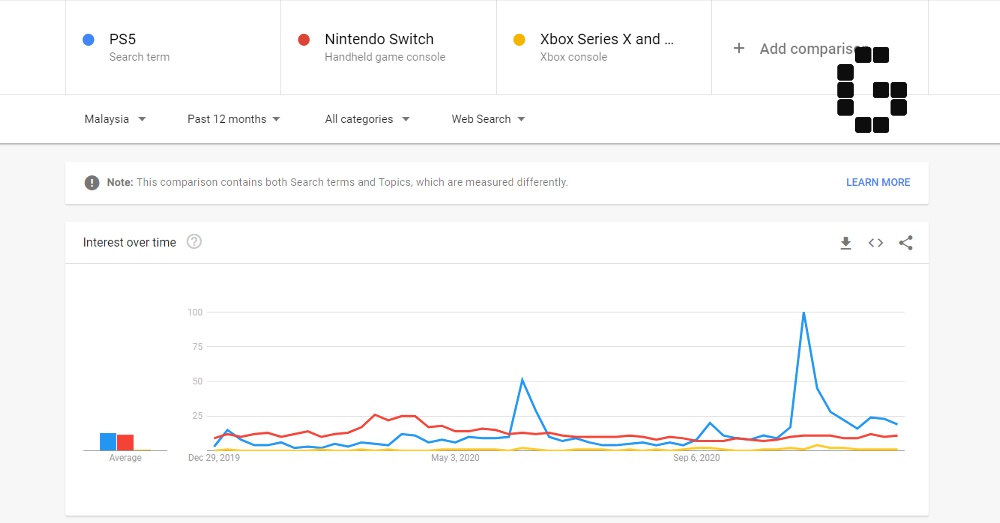 While we don’t have the sales numbers for some of these consoles, one metric not many people really talk about is the sheer interest in a console. There’s plenty of reasons for not many people to have a PS5 right now- the lack of stock, the increased price compared to the ps4, et cetera.

However, when looking at interest, it’s a great blue pie in the sky. It’s merely a metric of “what console was everyone talking about this year?” Thanks to Google Trends, we can know that with a fancy line graph to compare. 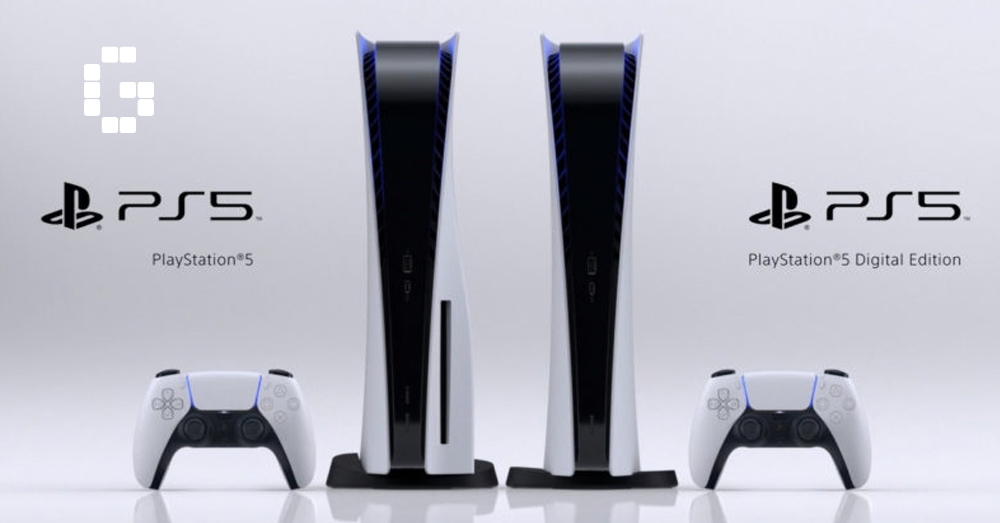 PS5, King Of The Charts

Naturally it’s no surprise that the PS5 peaked in interest this year. It’s two major peaks were in June and November.

November is a no-brainer, of course, as that’s when a lot of the world started getting their hands on the consoles, as well as when Malaysians finally got the date for their own console launch.

While not as grand, there’s a follow-up spike in December, which is when the console finally launched in Malaysia.

Meanwhile, it spiked in June back when details about the console were first made public, including information about its Physical and Digital Editions.

Nintendo Switch And The Second Wave

Unlike the PS5, the Nintendo Switch isn’t exactly a new console. The quirky little handheld came out in 2017, yet it sports a pretty noticeable spike from March until May.

The answer, like many Trivia Questions themed around 2020 in future, is likely related to COVID-19. March saw the start of the nationwide lockdown, and many people decided to take it as a sign to pick up the console, to the point some outlets were short on stock.

There’s also Animal Crossings: New Horizon’s release, which coincided nicely with many countries’ stay at home orders. Suffice to say, the Switch got a great second wind, being one of the hottest consoles this year. For yet another consecutive generation, the Xbox Series X continues to have a poor showing of interest in the Malaysian market, having no real peaks to speak of. Even in our chart, it looks more like a yellow underline of the x-axis, being completely dwarfed by both the PS5 and the Nintendo Switch.

It’s not particularly news that the Xbox Series X didn’t get many people talking here- the console never officially launched in the region, and while some retailers did carry stock of it, the warranty was such that if you wanted it fixed you’d have to pay to have it shipped to Singapore.

The console’s main draw was also the Xbox Game Pass, a great value for money subscription service that gave you a whole library of games to play. Biggest downside, though, was that the service was never made available here.

Now obviously, these are just word of mouth numbers. Until Microsoft and Sony start flexing their regional sales numbers, there could be a secret word-of-mouth Xbox cult, saving Microsoft lots of marketing dollars and raking them big in sales.

Still, it’s interesting to look back on 2020, one of the most eventful years in gaming, and see those events bookmarked by consumer interest in the product. Whether you’ve just bought a Switch or are planning to, chances are you’re looking up more information on it, and these trends are a great showing for it.

The best takeaway from this is definitely the Switch, which had relevancy thrust upon it. It’s not like it’s not a great console- but it had a first-party exclusive released right as the world pivoted interest towards exactly that type of game.

While it’s interesting to see what 2021 may bring, I certainly hope the trends won’t be heralded by anything like a world-disrupting plague. Happy new year, guys.