by Lucas
in All, Feature, VTuber
Reading Time: 5 mins read

To most people in the Vtuber community, they would tend to relate Hololive with cute anime girls who stream and entertain; but to us, the true face of Hololive is none other than the CEO of COVER Corporation – Motoaki Tanigo, or better known as YAGOO in the community. Before becoming the CEO of COVER Corporation, the parent company of Hololive Productions, Tanigo studied and graduated from the Faculty of Science and Technology of Keio University. After graduation, Tangio mentioned in an Interview with Katsuhiro Harada that he had a part-time job working at a SEGA game center, which made him want to work at a game company.

Tanigo worked in Imagineer where he was in charge of producing consumer games, mainly character games for the PlayStation and GameBoy with the priority focus on the SanRio franchise.

This article was written for the GamerBraves Newsletter, which you can subscribe to here: After leaving his role in Imagineer, Tanigo helped to develop the local news service 30min, Inc, in which he sold to start a company focused on both AR and VR technology in 2016 according to an interview with HiNative Trek.

After that, he went on to found COVER Corporation in June 2016 which was first aimed at developing new content that utilises AR and VR technology before working in the Virtual Youtuber business that we all know and love.

How YAGOO took the Hololive community by storm I think one of the main reasons as to why Tanigo is so popular within the Hololive community is probably through memes about him, ironically. When you think of memes regarding Tanigo, one particular clip of him during a panel where he mentioned that the goal of Hololive was to create an idol group similar to that of AKB48. Many community members have since joked about Tanigo’s “Dream” of having his own idol group was effectively crushed by the many “interesting” talents of Hololive members.

With Tanigo often being the butt of the jokes, it also means that the exposure that he gets from within the vtubing community makes his name even more well known since you can pretty much hear him being mentioned in just about anyone’s streams.

His easily recognisable face is further examplified where one of the Hololive talents mentioned that Tanigo was not able to join his staff for lunch in fear that his staff would be recognised just by being around him.

Funnily enough, Tanigo’s nickname “YAGOO” is also technically a meme since that’s not his actual name. His nickname among many talents and fans had actually originated from one of Robocco’s streams where Oozora Subaru had mistakenly mispronounced Tanigo as Yagoo. After that stream, both the talents and the community pretty much just went along with calling him YAGOO even until now. 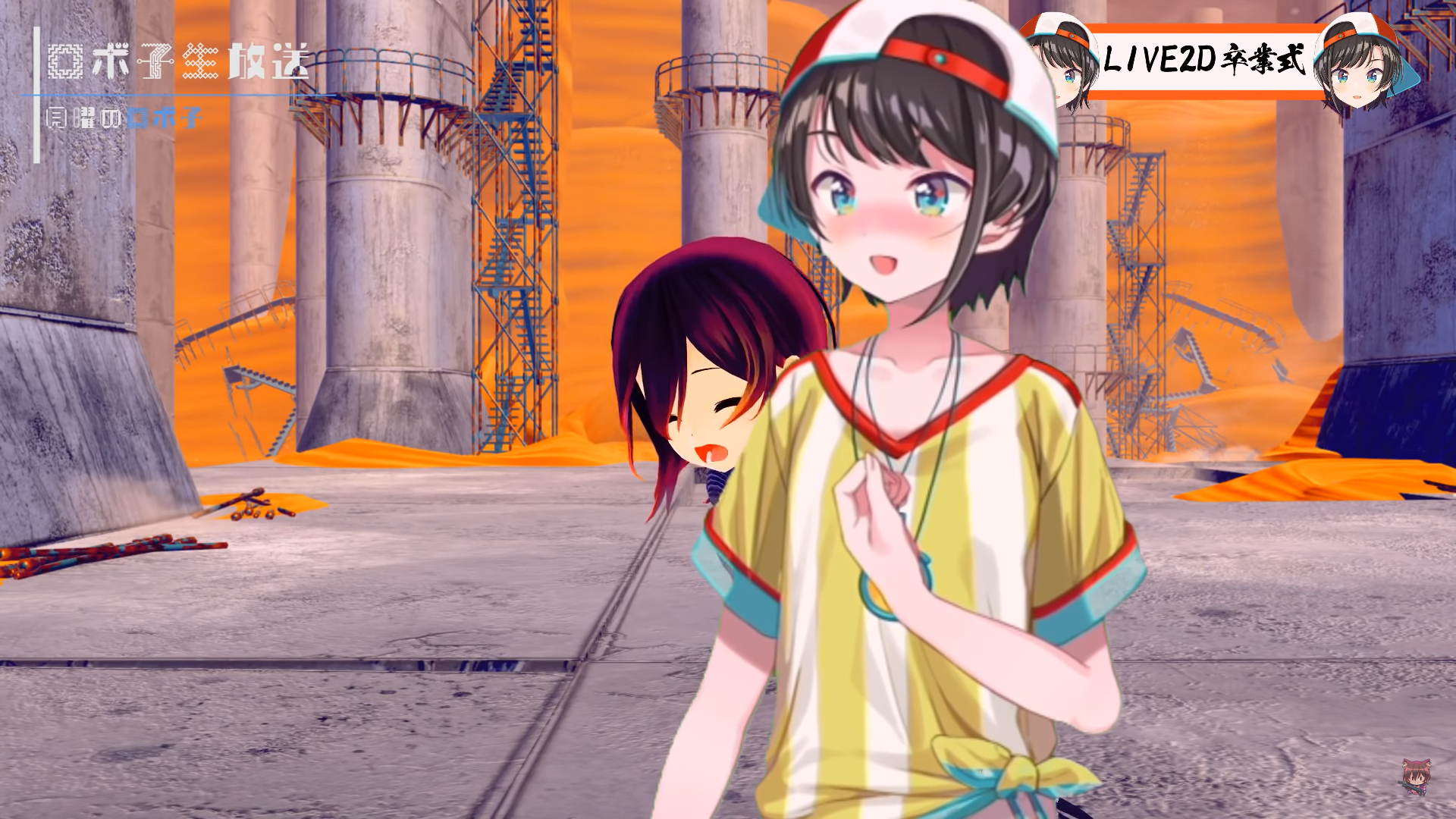 By being the face of Hololive, Tanigo can make his appearance at times where having 2D anime girls appearing is just not feasible and also help with branding situations without needing to expose any of the talent’s identity during those events.

Which means having a face for the organisation is crucial, and that is where Tanigo comes into play. One of those examples of official business & non-business events where Tanigo appears as the face of Hololive is during the Christmas stream where Tanigo helped light up the Hololive Christmas tree.

Another instance is when he was invited to the Kyocera Dome to perform the opening pitch during the collaboration between Hololive and the Japanese Pacific Baseball League. Tanigo is also in charge of being the model to showcase all of his talent’s birthday merchandise on Twitter. Given the fact with how well-know he is now, him posing along with the merchandise also helps with giving additional fan interactions which in return a boost in marketability.

It’s also worth noting that Tanigo is also extremely supportive of all of his talents and what they do, even to the point of joining in with their shenanigans. One recent example is during the debut of one of the members for HoloStars EN group – Magni Dezmond where Tanigo quote-retweeted “It’s Magging time!” on his debut announcement tweet:

His supportiveness for the talents also is rubbed off to his talents by creating an overall “ecosystem” in Hololive where you can see how talents would appear in other member’s streams to give them support or just interact with one another. A large part of that is also due to how Tanigo doesn’t really give off the corporate and business-like air to him compared to how others CEOs in corporations are. One example to illustrate his easy-going attitude would be when he appeared in Kiryu Coco’s Q&A stream with him where he was giggling while being verbally abused for 30 minutes straight.

On that note, Tanigo would also make time in his busy schedule to make appearances in his talent’s streams just like in the aforementioned Q&A stream as well as even appearing as a guest for Takanashi Kiara’s HOLOTALK series which dictates how he values a close-bond and tight knit organisation. In short, the vtubing scene in Hololive where the secrecy of their talent’s identity is kept as top priority, having Tanigo being the corporation’s “Brand Ambassador” where he is sometimes both a model and a public figure who attend events in person is essential to how Hololive brands itself.

Having a single person be the face of a corporation would sometimes be an issue. For example, there could be times where COVER Corporation will have to make ends meet and those decisions would be questionable, fans would quickly defend the decisions made as an extension of their online “friend” YAGOO.

This issue can be avoided by not overusing Tanigo as the face of Hololive and so far it shows where COVER Corporation would still put their main focus on their talents instead.

The Cookie Run Kingdom Disney Crossover Has Launched, Here’s Everything You Need To Know

The Cookie Run Kingdom Disney Crossover Has Launched, Here's Everything You Need To Know