With a new banner refresh that will last until 20 January 2022, we are for the first time not having any new horse girls added to Uma Musume. Instead, this is your chance to get any of the previous horse girls you have missed, provided you are willing to spark. That’s right, everyone that has been released so far can be yours guaranteed if you have the sufficient amount of carrots to spare.

With that in mind, this is a great opportunity to review some one of the better horsegirls you definitely want in your stable: As one of the newer kids on the block, Tamamo Cross has been wrecking havoc in the long distances not as a betweener but as a chaser. Her unique character ability is currently one of the best ones in the game at the moment, as it provides both speed and acceleration up for those coming from behind, which complements the chaser strategy to a tee. Good ol’ Maruzensky has been the de facto runner that you want in your stable right now as she has been conquering several Champions Meetings since her debut. Her unique character ability gives you a significant speed boost and it scales off how much you heal, which works in tandem with her best in class healing ability. The only way to shut a runner down is with an even better runner. Seiun Sky goes head to head with Maruzensky Summer as the other de facto runner. Her unique character ability gives runners a big speed and acceleration boost if you are able to trigger it, and if it happens you are almost always guaranteed a first place finish. 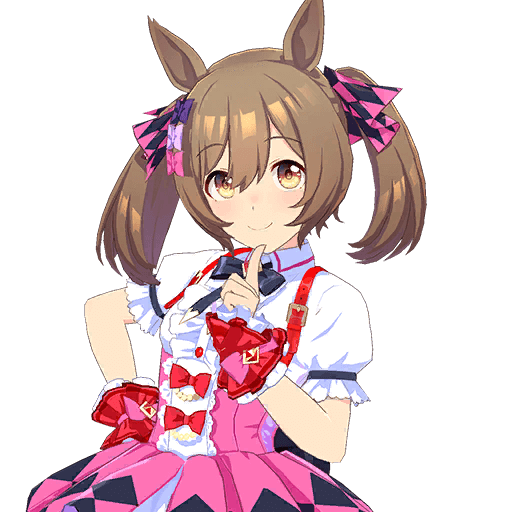 Silence Suzuka of the Dirt has more than proven her worth in short tracks especially if you tweak her to run on turf. As the game has finally introduced short distance Champions Meetings, it will also be a matter of time before they implement one for dirt. In these situations, you cannot go wrong with the best runner for these two uncommon race types. Unlike her vanilla version where she serves as the jack of all trades, you will want to focus your attention on turning Christmas Oguri into a long distance leader to make the most out of her abilities. Unlike most of the girls who need only two gold heals, this version of Oguri runs her best if you stack between three to four heals on her. Doing so gives her significant speed and acceleration boost, not to mention that she will almost never tire out in the longer tracks while everyone else has to make sacrifices in terms of skill distribution to achieve something similar and not not being as effective.