The final trailer for Pokémon Legends: Arceus has been released

Arceus, the enigmatic Pokémon that holds the key to the story

Pokemon: Legends Arceus is out in just under two days and in preparation, Nintendo has released the ‘Hisuian Final Starter Evolutions‘ trailer before the game’s launch.

Ironically, you don’t actually see the Pokemon Legends final starter evolutions in this trailer but it still does a good job getting you pumped for when you will finally see them in the game.

Arceus, the Alpha Pokémon, is said to have shaped all there is in this world. During your adventure, you will explore and survey the Hisui region and become more involved with the leaders of the Diamond and Pearl Clans—eventually finding yourself drawn into the mysteries surrounding Arceus. It seems that the secrets surrounding Arceus may be uncovered atop Mount Coronet, which towers above the Hisui region. Above Mount Coronet’s peak, cracks have appeared in the sky, staining it an unnatural and foreboding hue. The people of the Hisui region call this phenomenon a “space-time rift,” and they fear it, not knowing what it truly portends. Yet it seems that the root cause behind its appearance might have something to do with a certain Pokémon.

The Mysterious Temple That Stands atop the Mountain’s Peak 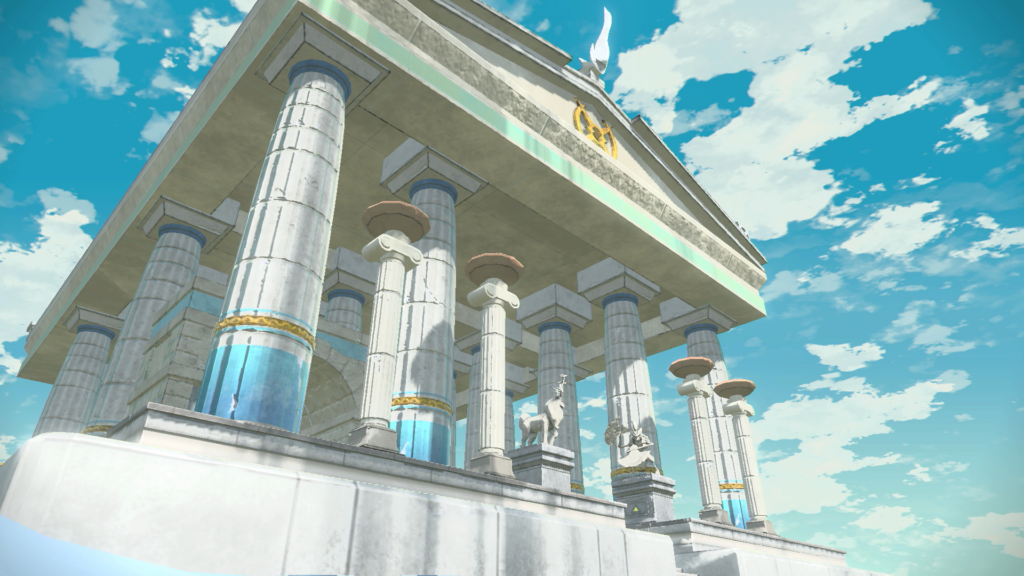 There is a magnificent temple atop Mount Coronet. Built-in ancient times, it is filled with beautiful statues of Pokémon that have been blessed with special protection—including the noble Pokémon. Only those who can conquer the difficult path leading up the towering heights of the mountain may reach this temple. You’ll have to train and grow strong with your Pokémon if you hope to see it for yourself.

The Evolutions of the three first partner Pokémon

Rowlet, Cyndaquil, and Oshawott are the three Pokémon you can choose from when selecting your first partner Pokémon. And as your partner grows stronger during your adventures together, it will eventually evolve. Rowlet evolves into Dartrix, Cyndaquil into Quilava, and Oshawott into Dewott. When Pokémon evolve, their appearance changes, and their stats improve, too, making these Pokémon even more reliable and heartening partners to have at your side!

And When They Evolve Further… After Dartrix, Quilava, and Dewott grow strong enough, they’ll be able to evolve once more—and when these three evolve in the Hisui region, it seems that they evolve into forms never before seen!
Discover them for yourself by adventuring together with these Pokémon!

It should be noted that every new Pokemon and regional form in Pokemon Legends has been leaked due to retail copies being sold early. If you’re too impatient to wait a couple of days, you can always search for the new pokemon but wouldn’t you prefer the surprise. Pokemon Legends: Arceus
Publisher: Nintendo
Developer: Gamefreak
Release Date TBC
Nintendo Switch
Featured in the Sinnoh region, Pokemon Legends: Arceus is a new approach to the Pokémon video game series, promised to break new ground for the Pokémon series! This open-world RPG is coming to Nintendo Switch in early 2022. Showcased in the teaser, there will be a number of iconic monsters including Piplup. There will be a choice of starters including Rowlet, Oshawott, and Cyndaquil.
Tags: GameFreakNintendoPokemon Legends Arceus
ShareTweetShareSend
Previous Post