SNK has announced that Omega Rugal, has been released for The King Of Fighters XV as a free DLC character.

Here is the character trailer showing Rugal in action:

“This dark arms merchant of death once ruled the world’s black market and was never shy about digging his fangs into any fighter that dared challenge him. Through the power of Orochi, he was given life once again, until a group of fierce fighters brought his reign to an end. Now, due to Verse’s influence, he’s returned to the mortal realm to exact vengeance.”

The manifestation of SNK Boss Syndrome himself, Omega Rugal is joining KOF XV. He first appeared as an overwhelmingly strong boss character in the original King Of Fighters ’95 and has made his way into the current installment of the much-praised fighting game. Alongside the launch of Omega Rugal comes a new game mode called Boss Challenge. Players can take down the fearsome Omega Rugal CPU and gain access to fun content like his special Ω Armor costume, a new stage, and new music. 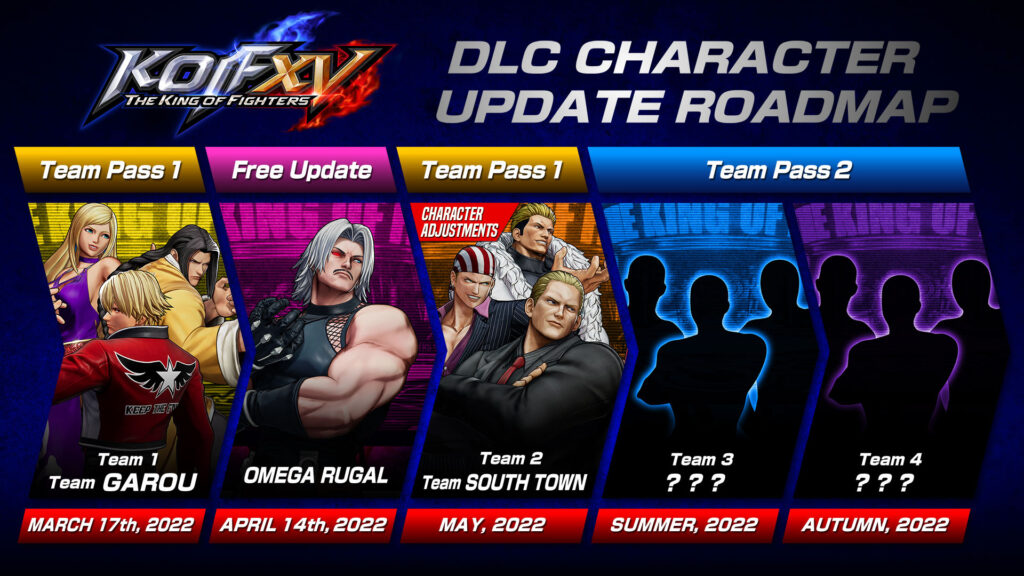 Alongside Omega Rugal, there are four other teams of DLC characters consisting of 3 characters each. These include Team Garou and three more upcoming teams which will launch this year. That makes for 13 DLC characters which will bring the total roster to 52 fighters, all competing to be the king.

The King of Fighters XV is available for PS4, PS5, Xbox One, Xbox Series X|S and PC.