With the lack of a good tracking system Pokémon are already hard to find, let alone legendary Pokémon. But hey, let the Coveys prove you wrong! Somewhere in Ohio they managed to catch Articuno, a legendary ice/bird type Pokémon. This caused an uproar on Facebook when they posted it up, many argued about its legitimacy and demanded for proof from the Coveys. In response, the Coveys claimed that Niantic were the ones who sent them the Articuno.

Until Niantic decided to take it back. Niantic stated to IGN:

“We recently noticed that a few Legendary Pokemon got into a few accounts when they shouldn’t have, To preserve the game’s integrity and as a measure of fairness, we have rectified the situation and revoked the legendary Pokemon from the Trainers’ accounts.”

Turns out the Articunos that the Coveys claimed they caught (or was gifted to by Niantic) was a scam.

One of the Coveys, Kaitlyn commented on Facebook saying “#Niantic gifted me with him” and “It is simply the truth!”. The Coveys even live-streamed their Articuno and the email that was allegedly sent by Niantic. 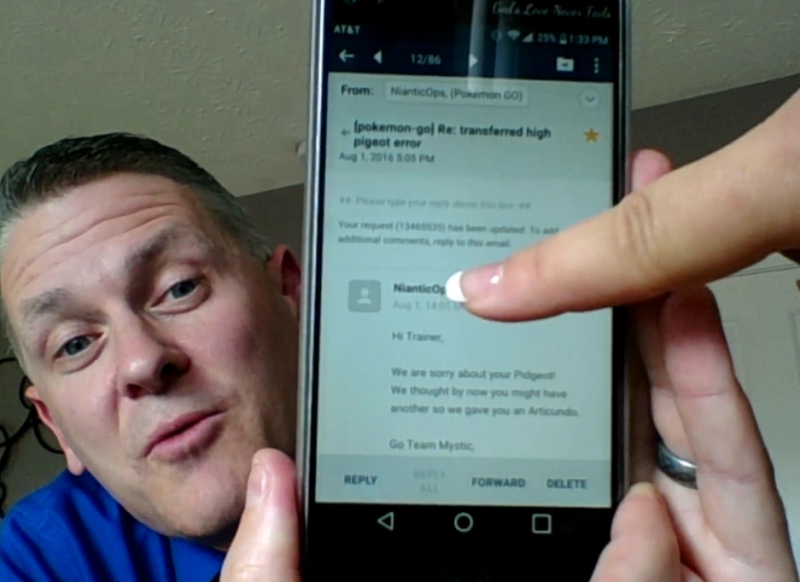 Hilarious. The word “Articuno” in the email was mispelled as “Articundo” and if that’s not fake, I don’t know what is. Well, at least they tried.