In Sound Mind is a great example that graphics don’t make the game. The upcoming horror title may not be the prettiest horror game at the ball, but that doesn’t mean it doesn’t know how to show you a good time.

With its psychiatric-toned world and pretty generic looking setting though, it’s easy to lose it in the tide of exploration-based horror games. From our time with the preview build of the game though, we can see that it’s got a few tricks up its sleeve to set it apart from the crowd.

One thing I really appreciate about In Sound Mind is that the game is clearly playing to its strengths- it’s not the most visually complex game, and given its budget it probably would have over-extended itself trying to be more actiony a la Resident Evil Village.

So instead of doing either of those it definitely feels like In Sound Mind put its attention into just having good ideas. Exploration in In Sound Mind is really well made, as you interact with the environment in some pretty clever ways to solve puzzles. My personal favorite part was early on in the preview, where you have to turn on an old dryer which will vibrate enough to move it forward, opening a secret passage containing the item you want. There’s a lot of really clever ideas like this in In Sound Mind, including more crawl spaces. After PT made waves in the corridor-walking-sim, it’s important that games incorporating these elements think of ways to set themselves apart- and it looks like the developers for In Sound Mind have found a solution that works without breaking the bank on gore or horror to paint over what would have been bland level design.

The other thing I really like in the game is that In Sound Mind isn’t stingy about telling you your progress. Picking up items and exploring all trigger little pop-ups at the top of the screen, telling you how many pills, etc to pick up if you’re a completionist.

It also does something I really enjoy when games do, which is the “show-you-something-you-can’t-access-yet-but-can-once-you-get-the-necessary-item”. These can be pools of toxic waste which require the gas mask, or barriers you’ll need to cut or shoot your way through. Considering how we only got two levels in this demo, I can’t tell if this is going to continue to be the pattern for later levels. That being said, for what we played this formula of gameplay works pretty well, creating a good sense of exploration. One thing I’m not too hot on in In Sound Mind is the survival horror elements, which seem almost tacked on. You can gather items to boost parameters like Stamina and Health, but I feel like the fact that there are rarely any action segments make these feel almost more like busywork than anything else.

It’s the same thing with your flashlight, which operates on a battery. Sure, you’re never actually in danger of running out since the game is pretty generous with battery upgrades- But I feel like the game’s level design is good enough on its own without adding things like battery management to make it seem more dire than it really is.

That being said, as collectibles the stat upgrades do wonders for the game. In Tape 2 there’s an encounter that forces you to use the enemy’s behavior to unlock a pill for you, and in a sense the stat upgrade is pretty much the only reward that makes sense rather than doing it all for some concept art. Admittedly, nothing about the presentation of In Sound Mind is particularly new. The game has a psychiatric overtone, where you play as a doctor who’s somehow in this nightmare world, as you pick up hints that he’s not handling the loss of a patient all-too-well. Like we mentioned before the game doesn’t look bad, but it’s also not exactly pushing the envelope in terms of visual style.

The voice acting is also just, well, fine. It’s not offensive or anything, but don’t expect any award winning performances here. Some of the enemies use vocal effects, but they’re not anything particularly fancy or memorable.

Still, there’s a lot to love here. For one the game actually discovered the use of color, as it plays with blue-orange contrasts quite a bit instead of letting everything just be washed out and grey. Considering the entire preview of In Sound Mind takes place at night time I’m glad they didn’t just turn off all the lights and call it a day, since it’s actually possible to take screenshots that aren’t just a big black blot.

The visual effects also leave a lot to be desired, with a lot of things like debris clouds looking straight out of Steam Early Access. If anything it’s almost surprising how much I like the game despite the fact that up close, it’s made up of a lot of wholly unremarkable components. 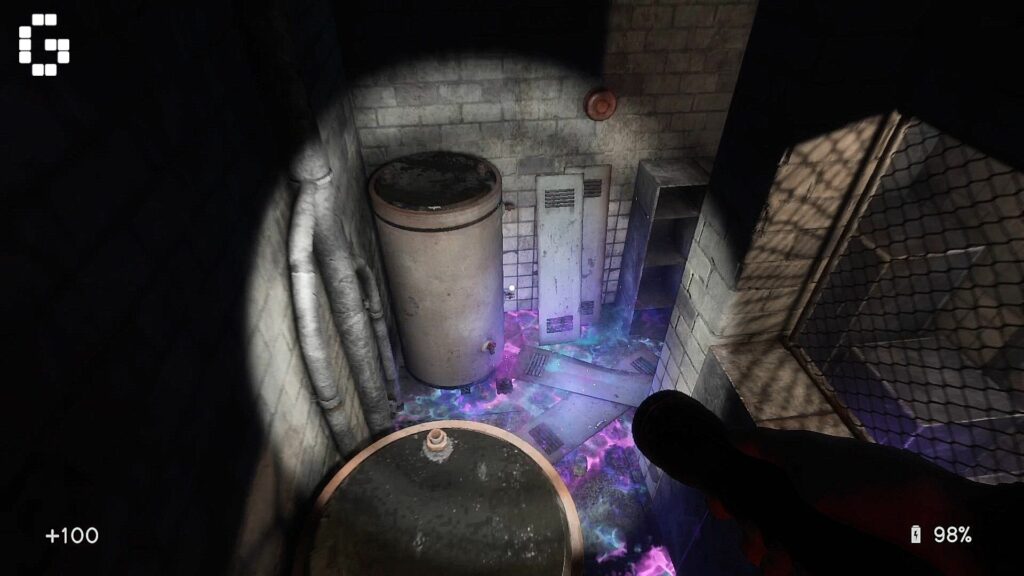 If you’re a big fan of exploration-type horror games, In Sound Mind is definitely a game you should consider picking up. While it’s far from being the best game visually, it’s got some genuinely cool gameplay ideas executed well.

There’s plenty of criticisms to be had of course, but none of them make the game outright bad- at its worst it’s just another walking horror simulator, at it’s best it’s actually a pretty good time. If it can stick the landing, however, will have to be found out when the game launches on August 3rd.

Give us some support by subscribing to our Youtube Channel !
Tags: In Sound MindModus Games
ShareTweetShareSend
Previous Post