The Granblue Fantasy X Shadowverse collaboration has a release date. The event will run from 14th to 26th September.

Not much is currently known about this collaboration, though Cygames says that they’ll soon fix that. Cygames will reveal more information closer to the event.  They’ll show off more information on the 13th of September, a day before the event. 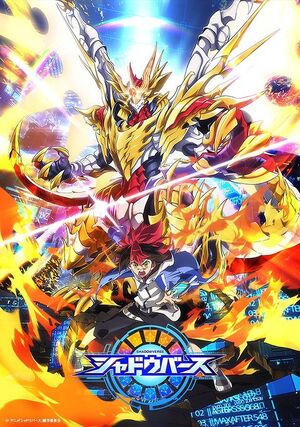 Shadowverse is a mobile card game available on Android and iOS devices. It also has an anime adaptation, produced by Studio ZEXCS. It released in April earlier this year.

The events of the anime are set off when Hiro discovers a smartphone with a mysterious Shadowverse app installed on it. Similar to other shonen anime, this puts him on a road that to meeting new friends and rivals.

This isn’t the first Granblue Fantasy X Shadowverse collaboration, however. The two franchises previously crossed over with the Duelist of Eternity event from 2018. The event also took place in Granblue Fantasy.

Granblue Fantasy
Developer: Cygames
Release Date: 2014-03-10
Android, iOS, Microsoft Windows
Granblue Fantasy (GBF) is a full-fledged fantasy RPG game with quality that will blow you away. It's time to embark on an adventure in the world of the sky. Play it on your browser in English or Japanese!
Tags: CygamesGranblue FantasyShadowverse
ShareTweetShareSend
Previous Post