Developed by Slightly Mad Studios, Project CARS 3 is the latest entry to the ever popular Project CARS series. The game was released on 28th of August for PC, Xbox One, and PlayStation 4. While we already gave our thoughts on the game, this time we’re taking a closer look into the customization aspect for Project CARS 3. Customization in games is often a beginning ritual to most players before they start off with their journey in the game. You’re either a player who spends loads of time perfecting that once MVP character, or you’re lying. While this feature doesn’t change gameplay in any way, it’s obviously an integral part in any proper car game – because who doesn’t like exerting their wacky creativity on cars. In this game, let your car fantasies run wild and free – in the form of paintjobs and vehicle power, that is.

It’s for certain that the visual customization for Project CARS 3 can be considered one of the main selling points for the game. The game does an amazing job of allowing us players to have full-fledged freedom in terms of customization in the visuals department.

Accessed through the main menu, the game gives players plenty of options for players to satiate their thirst for customization. From the main menu, you’ll get the option to pick a car from the whooping 211 strong cars that PC3 offers.

The game gives players to choose cars from global brands such as Ford and Toyota, to luxury powerhouses such as Ferrari and McLaren, there’s something for everyone in a roster that spans eight decades of beautiful automobiles.

Players have the liberty to pick from the wide selection which includes: Paint, Pattern, Decals, Race Numbers, License Plate and Rim.

Paint is referred to as the paintwork of the car. With the grand total of 127 available colors to choose from, there’s bound to be a color that pleases the eye. The paint styles available in the game include: Gloss, Matte, Metallic, Matte Metallic, Flip and Matter Flip.

Patterns allow players to have various unique designs onto their cars whether it be in terms of stripes or camouflage, it can allow players the option to make their cars have a more sporty look to them… or even a more exotic look if players are would prefer a wild and wacky approach to their cars for their own amusement.

Besides Paint and Patterns, Decals in Project Cars 3 is as varied and psychedelic as you’d like, and can be placed at the usual spots where car stickers generally go. Racing fans would definitely opt to have decals on their cars that represent their favorite real-life brands such as Autosport F1 being their sponsors in game.

The next form of customization which can also be made different in Project CARS 3 are Race Numbers and License Plates. Race Numbers can be changed in terms of numbers, background and color while License Plates can also be changed in Text and Design.  Both of these customization go hand-in-hand in terms where players can represent themselves by associating with a set of Numbers and/or Alphabets which is pretty similar to football players and their chosen number on the back of their jerseys.

The last type of visual customization that’s available for players in Project CARS 3 to tinker around would be the rims of a car.

The options we have in the Rim section are the design, material & colour, size and tyres. The designs of the rims have included real-life brands such as Aristo, BBS, Cragar, etc. Whereas the Material & Colour are similar to the Paint job where players can pick from Gloss, Matte, Metallic and Chrome as well as having access to an impressive 127 color wheel to choose from.

The rims also come in 5 different sizes ranging from 15”, all the way to 19” and car tyres also have brands based on real-life brands such as Bridgestone, Falken, Firestone, and many more.

While customizing the visuals of a car are in all fun, it doesn’t win you races.

This is where the Technical customization comes into play. Customizing this would affect the car’s capabilities and performance on a race track. But keep in mind that decking out your car would also affect the car’s “tier ranking” and if your upgraded car is too high in performances, you won’t be allowed to participate in the lower tier race tracks. Each of these upgrades also costs you money so it’s best to plan out your ideal upgrades according to your own individual playstyles.

The types of technical customization that is offered to us are Tyres, Weight Reduction, Bodywork, Air Intake, Camshaft and Fuel Injection. All of which would affect the various aspects that were mentioned above.

The next upgrade option takes the form of Air Intake. With 4 different Air Intake upgrades to choose from (Stock intake, performance intake, track intake and Motorsport intake). This specific upgrade would affect a car’s top speed and acceleration.

Stock camshaft, Performance camshaft, Track camshaft and Motorsport camshaft are the 4 different options of a car’s camshaft upgrade which affect a car’s Top Speed and Acceleration.

The last technical upgrade would be the form of Fuel Injection with 3 different options (Stock ecu, performance ecu, Track ecu, Motorsport ecu) which affects a car’s Top Speed and Acceleration.

The Showroom in PC3 acts as a marketplace where players can buy and sell cars, like most racing games. More cars get unlocked as you progress through the game and gain EXP to raise your player level. Some races even require players to purchase a specific car to qualify, such as the Mustang Rally.

A notable thing in this showroom is the daily discounted deal where players can purchase a random featured car at half price for 24 hours, this would encourage people to check into the game on a day-to-day basis. Players also get the option to sell their previously owned cars to get some money back too.

I would say that Project CARS 3 offers a relatively generous variety of customization options for players, whether you swerve more to the visual part of the car or rather be immersed in the technicalities to make a total beast.

And as someone who personally enjoys customization, I had a lot of fun playing around with all the options they had, and it was easy to get the hang of it after a while. However I do think that the interface could have used some tweaking to be a little more user-intuitive, as my eyes darted back and forth trying to place decals and picking colors. In any case, a lot of time was spent making funny designs out of my own sheer amusement.

Albeit not 100% pinpoint accuracy, the game does a really good job at being able to mimic real-life cars. With the photo mode implemented in the game, players can get some picturesque in-game screenshots with it. The technical customization are decent as well, giving players total control on modifications and allowing them to take their ‘starter’ cars to supercar status – if they so wish.

In essence, the customization aspect in Project Cars 3 is satisfying. you’ll be able to create custom liveries with a variety of paint colors, vinyl designs and decals. You’ll be able to choose from a wide array of wheels, and performance parts are available so that you can upgrade your car to almost every performance level in the game.

You’ll also be able to collect a garage full of cars using money and experience earned in the game. And perhaps the biggest bonus of all is that there are no micro-transactions anywhere in the game!

For more information regarding the game, check out their Official Website. 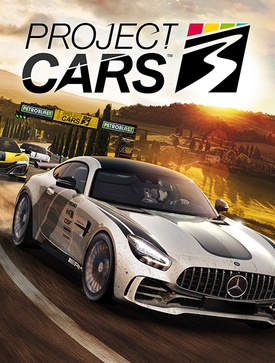 A song to remember – Kingdom Hearts: Melody of Memory with Ichiro Hazama and Masanobu Suzui