The game will make its Steam Early Access debut on May 14th, and will be heading to the Nintendo Switch in 2022, presumably after it comes out of Early Access. 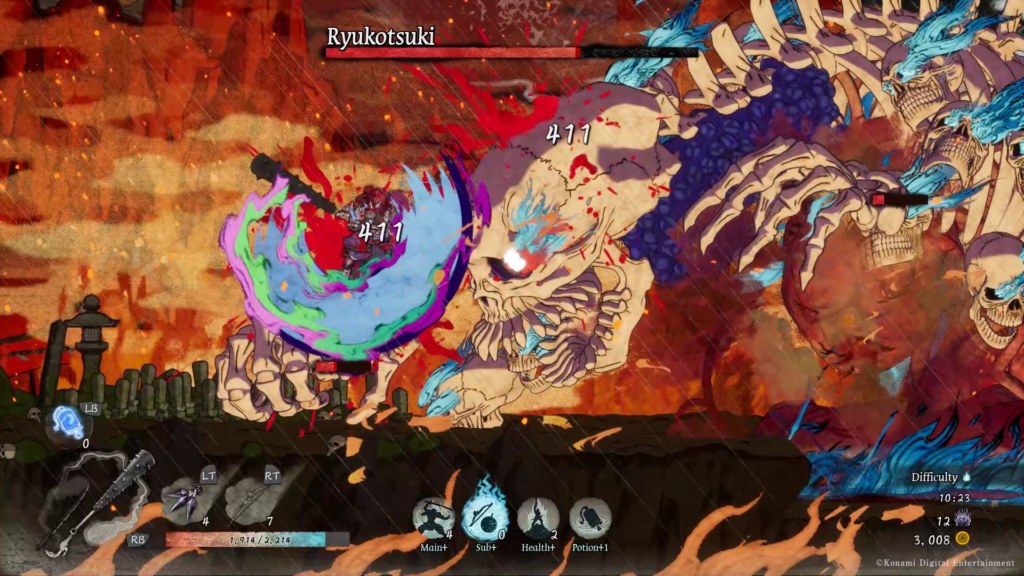 Developed by indie studio GuruGuru, alongside Konami Digital Entertainment, GetsuFumaDen: Undying Moon features roguevania 2D action with a stunning dark fantasy world, brought to life through the stroke of traditional Japanese art. Players will descend into the beautiful and harrowing Ukiyo-e style stages of the underworld while mastering an arsenal of weapons and equipment that can be paired to suit a variety of playstyles.

GetsuFumaDen : Undying Moon features highly strategic combat based on the spacing and timing aspects unique to Japanese martial arts, which you’ll be able to experience in the Early Access. Fearsome bosses and ever-changing layouts will challenge players while allowing them to grow stronger with each attempt.

After 1,000 years of peace, the seal to the gate of hell has been ripped open and a flood of evil spirits have been released into the world. As it stands at the brink of destruction, Getsu Fuma must take on the helm as the leader of his clan and delve into the pits of hell to rip out the evil at its core.

Azur Lane organises autograph board giveaway for Slow Ahead! anime

Azur Lane organises autograph board giveaway for Slow Ahead! anime