Fans of Digimon Tamers are in for a treat as Bandai just announced Figure Rise Standard Dukemon, and it looks downright incredible. Bandai Hobby Next Phase 2021 Autumn revealed that there will be a new figure featuring Digimon Tamers a few days ago. The Digimon Web Twitter account only confirmed that the figure was Dukemon earlier today. 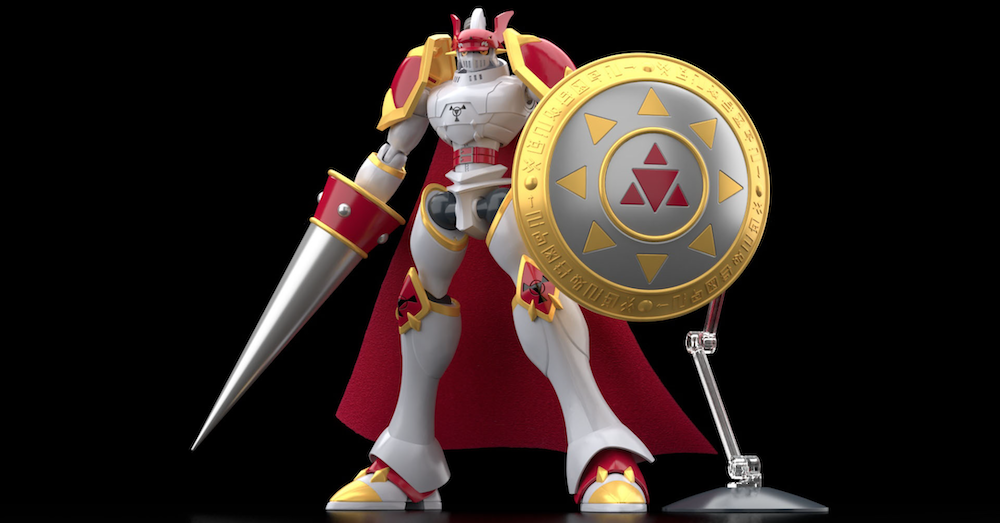 Both of Dukemon’s weapons, Holy Lance Gram and Holy Shield Aegis are detachable. The lance is molded in silver, while the shield is composed of several different parts that come together beautifully. As with most Figure Rise Standard Figures, Dukemon’s pose can be changed and adjusted. Pre-orders for the figure will be available soon. Figure Rise Standard Dukemon’s release date is expected to be in June 2022. It will be priced at 2,530 yen, or approximately 22 USD. If you aren’t aware, Digimon Tamers, which Dukemon (Gallantmon in the West) is from, celebrated its 20th anniversary this year.

For more information on the figure, as well as other Bandai Hobby Next Phase 2021 Autumn figures, visit its website.