With streams and videos released across the Japanese, Korean and English servers, the Arknights half year anniversary is now truly in full swing, confirming goodies and news that Doctors have been expecting. The warm up event is still on-going for a few more days yet, so if you want to get a head start in supplies, now’s the time! You can listen in to the Japanese stream below:

There will be free Headhunting tickets given out for a total of 20 pulls: 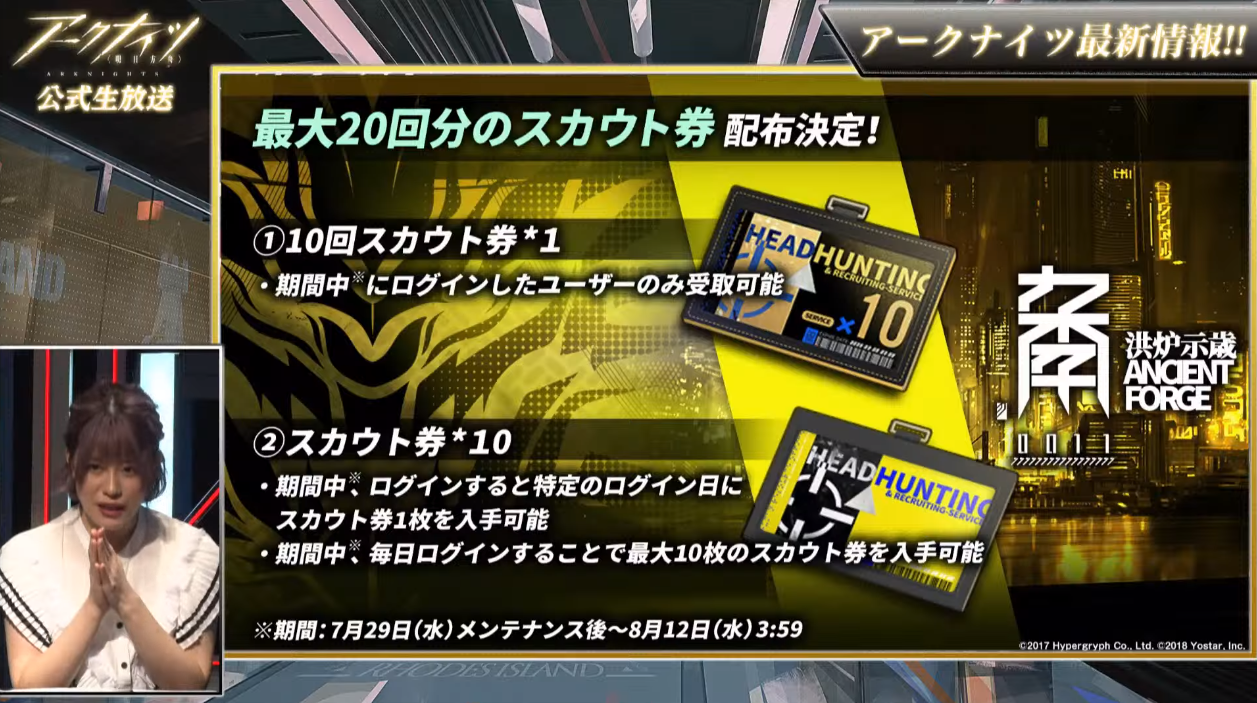 The three regions have essentially received the same updates, so we can go off the Japanese stream. The Korean server did not have a livestream, but they did have a video showing some statistics, which you can watch here. Doctors will be receiving Sanity Potions as well as Orundum. 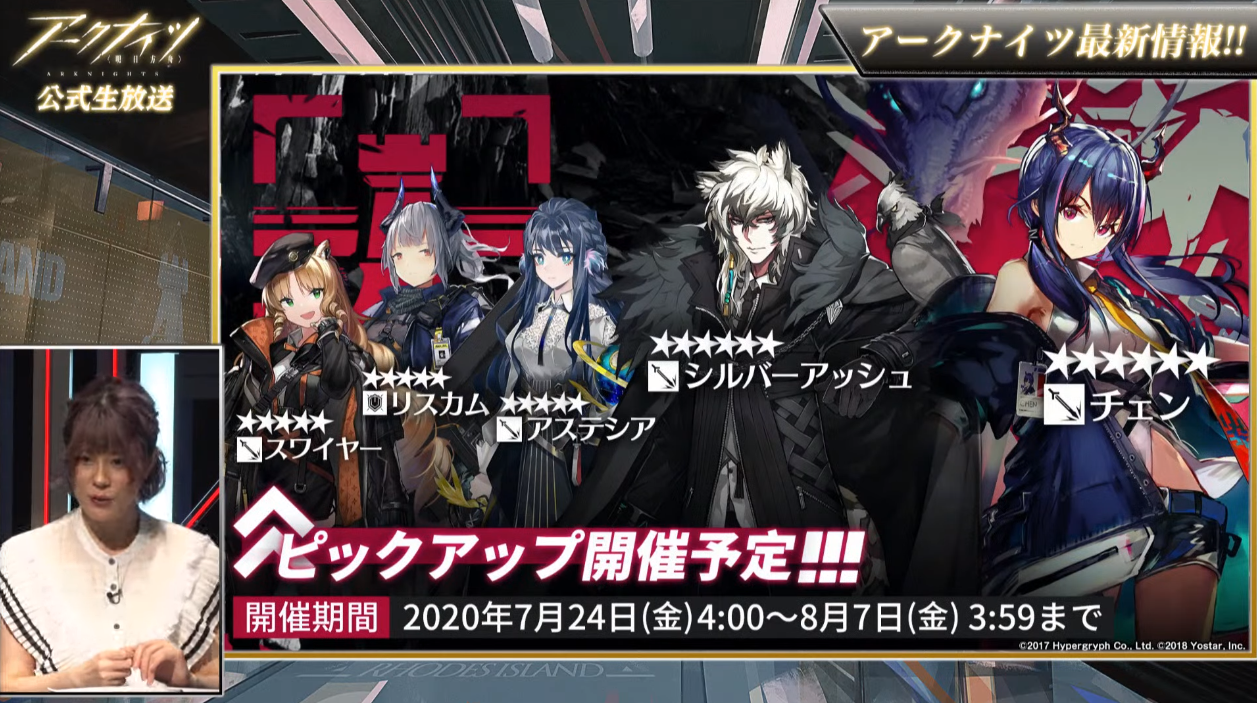 The next Standard Headhunting banner will feature:

Two Half-Anniversary premium packs have been revealed on the Japanese server: 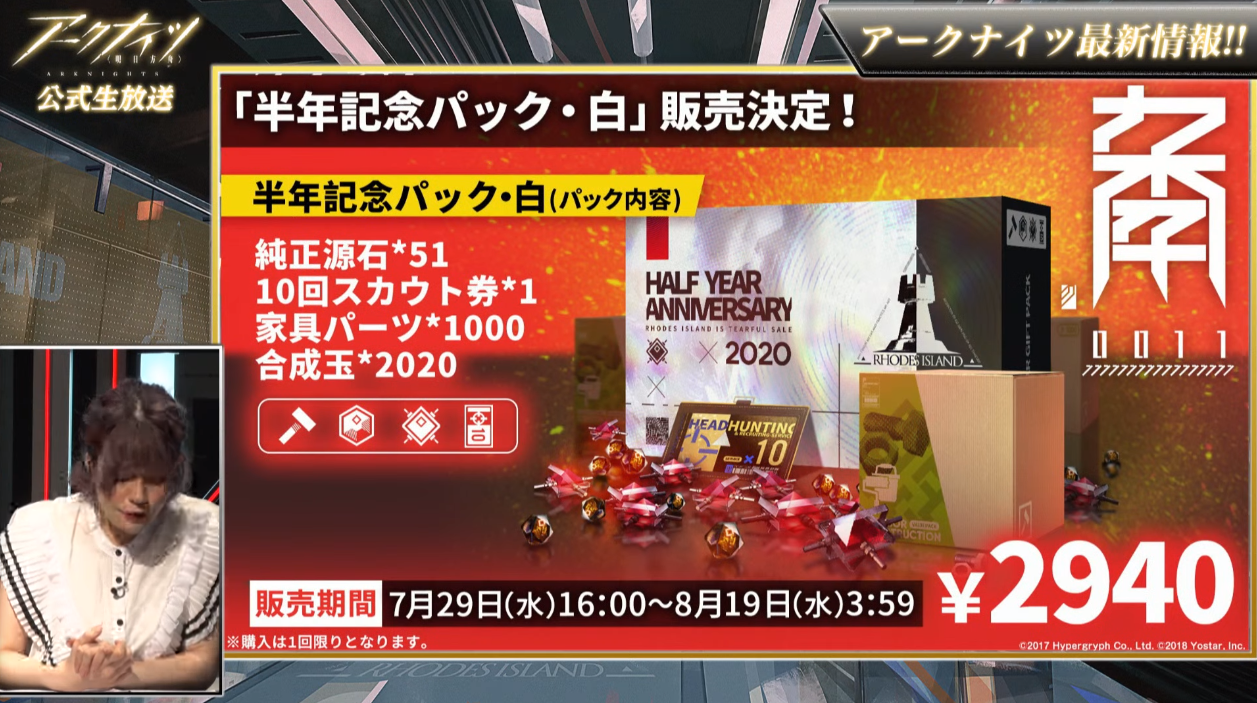 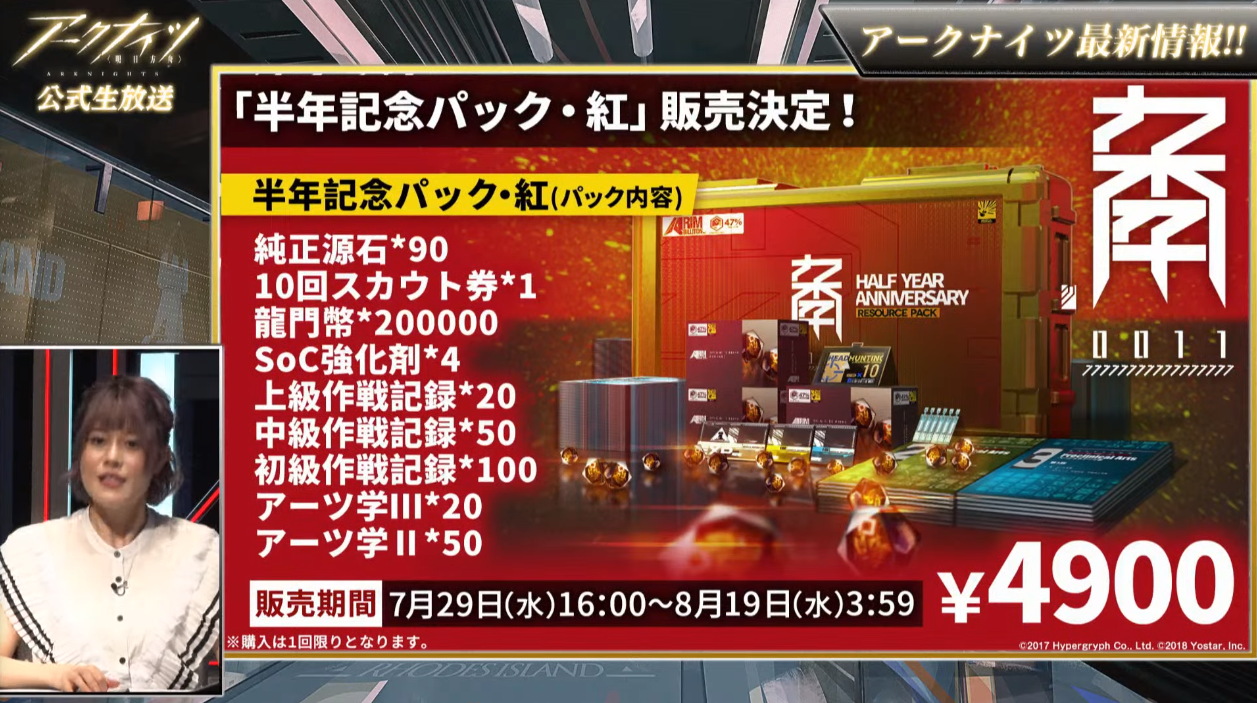 The Earthborn Metals Headhunting banner was likewise revealed, with LIMITED OPERATOR 6-star Defender Nian, and her non-limited bannermates, 6-star Specialist Aak, and 5-star Defender Hung. Nian will not be added to the standard pool. 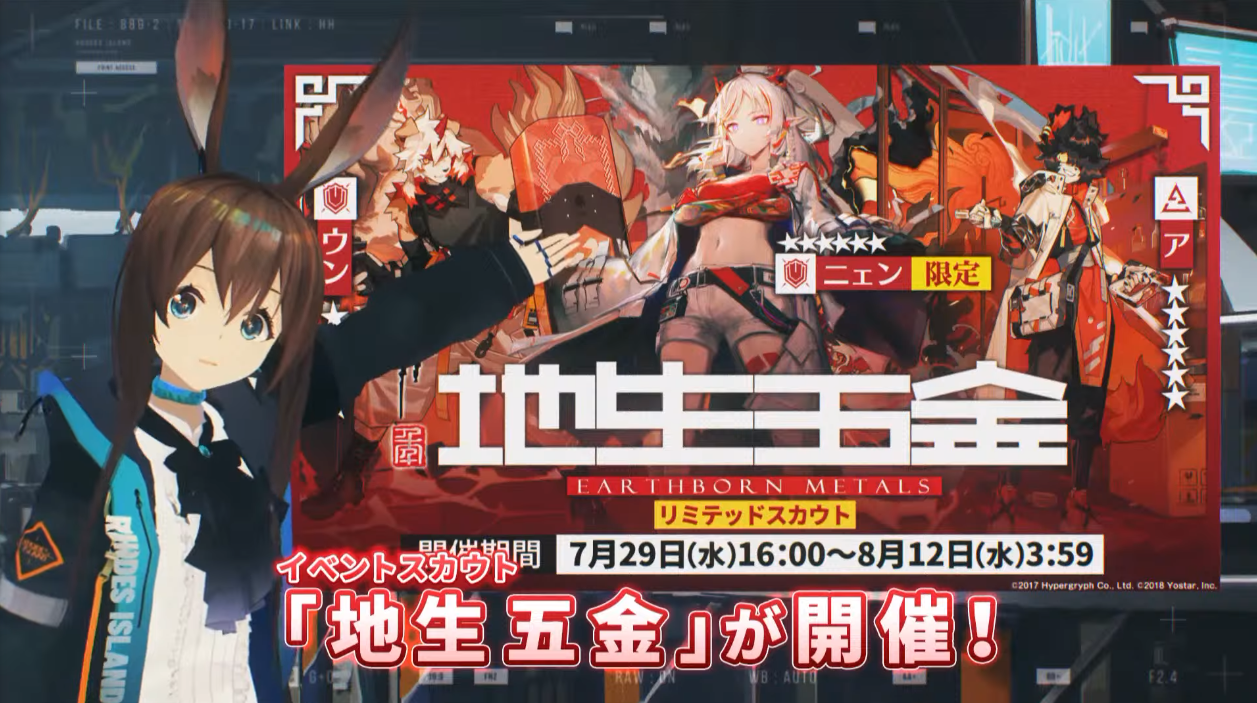 Snowsant will be the 5-star Specialist who will be free with the Ancient Forge event. 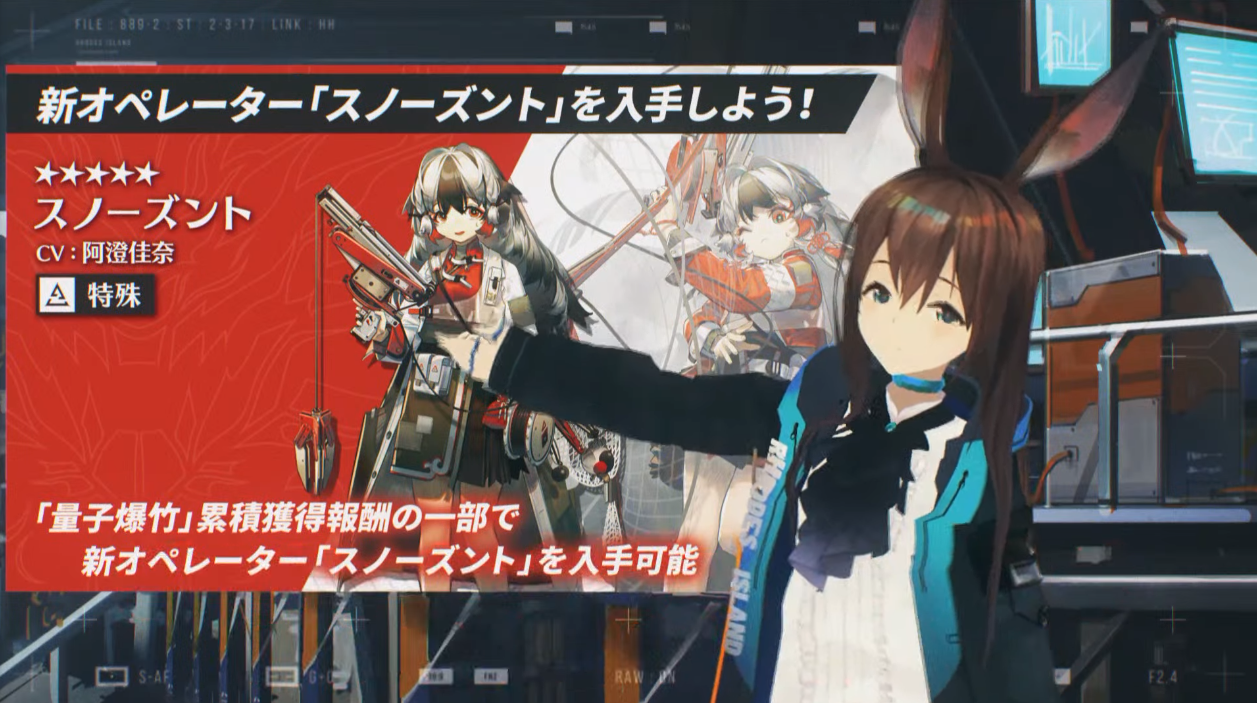 A log-in event will give Red Packets that will give Orundum, as well as a free Jessica skin. There will be paid skins for: Good luck to all Doctors! May the half year anniversary luck be with you in Arknights.