With a new banner refresh that will last until 29 March 2022, we have the addition of Mejiro Bright to the Uma Musume stable.

The ever-expanding Mejiro stable has just welcomed Mejiro Bright to the fold, and she is one of the newer characters who were previously revealed, alongside Mejiro Ardan. 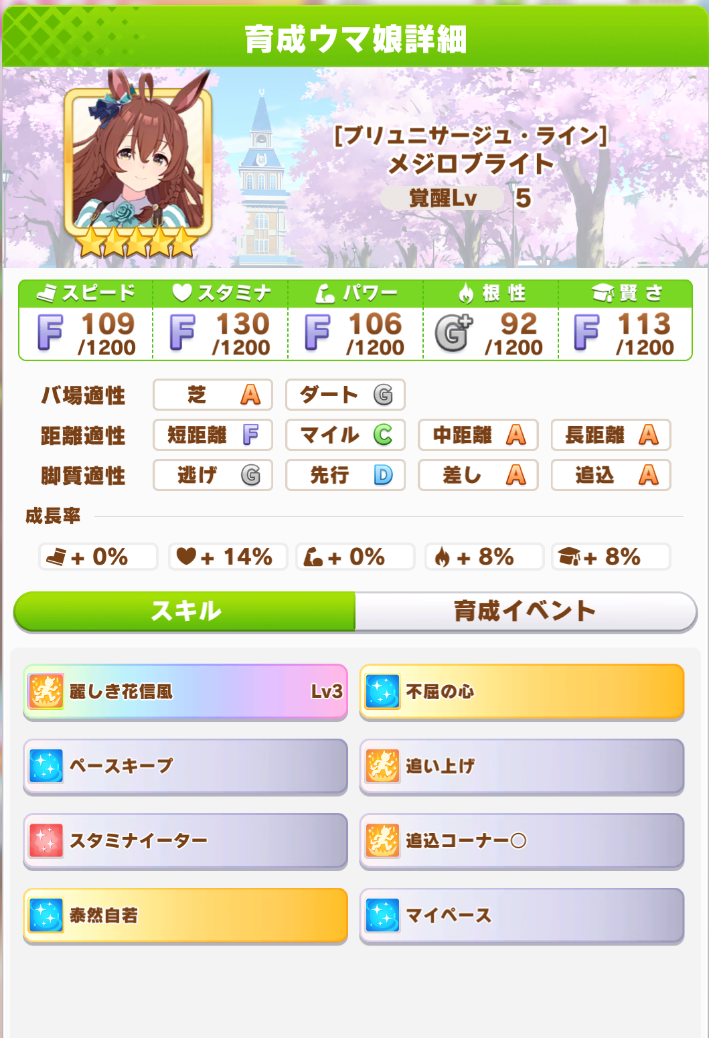 As the first natural chaser within the family, Mejiro Bright brings some rather interesting skills to the table. While she can be fielded in medium distance tracks, Mejiro Bright will really shine in the long tracks as she comes equipped with two gold heals right off the bat, with one of them being Self-possessed, the upgraded version of My Own Pace. It is hard to tell how reliable this skill is at this juncture, but it is may be far better than Indomitable Heart. Pair either one with Arc Maestro and you should have not to be concerned with running out of stamina. To give her healing a bit more of a kick, Mejiro Bright also comes with Stamina Eater, which makes her invaluable for long distance tracks, such as the upcoming Champion’s Meet, as she will be able to sap the life out the competition while gaining speed over them as a chaser. At this juncture, the recommended chasers for the upcoming meet up are still Narita Taishin and Tamamo Crosss, but who knows Mejiro Bright could be a dark horse, as it were. Not exactly a must-roll but if you want to complete your Mejiro collection and stand out from the pack, Mejiro Bright might be worth going for.