The Tamagotchi will be accordingly decked out in their representative characters’ colours and designs. Its associated portal on the P-Bandai store is already up, but details have yet to be disclosed. The Twitter announcement merely states that pre-orders are slated to begin “soon”. 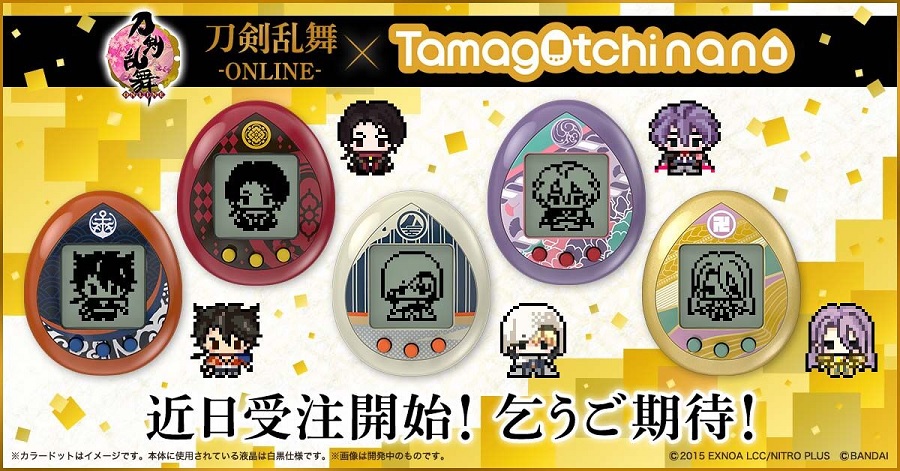 Expect to raise the sword boys up as you would with regular Tamagotchi, presumably with food from the main game which includes dango, bento or konpeito. The Jujutsuchi – Jujutsu Kaisen Tamagotchi – saw you train the characters who could later fight curses, so it’s curious if the Touken Ranbu version could include their kiwame upgrades while fending off the historical revisionist enemies.

One can only assume this will open up the opportunity for the other swords to get their own versions with how absurdly popular a number of them are among at least Japanese Twitter circles. The Jujutsuchi were priced at 2,530 yen each, so expect a similar price point for these ones as well.