by Muse
in All, Android, iOS, Mobile Games, News, Pre-registration
0

Three Kingdoms Hadou / Sangokushi Hadou has opened pre-registrations for Japan, indicating an imminent release. We previously reported on a new promotional video for the game, showcasing some of the features the second closed beta had. You can watch the PV below:

To recap from the last we know of the closed beta:

You have the large map that you can zoom in and out of the large Chinese continent to look over at all the cities. There also appears to be a VIP system, though we won’t know what perks VIP levels will give at present. 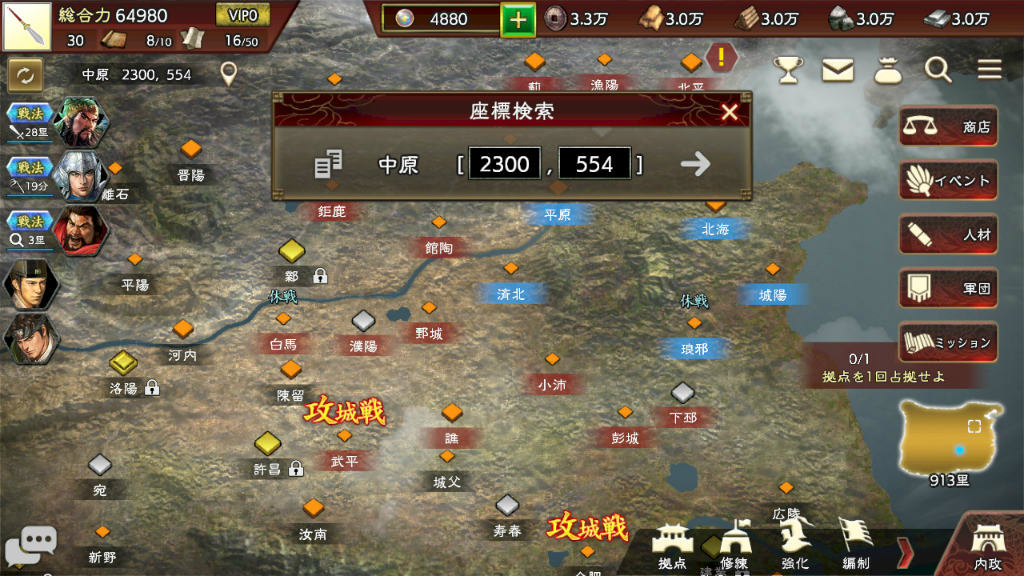 There are siege battles, as units surround a castle and lay waste to it to take over. It won’t all be castles, as the video also shows other objectives such as towers and even seemingly the ability to assault multiple castles/cities at once. You can also use the environment to deal massive damage to the place you are sieging. It was added in the second closed beta, but we’re not sure if you’ll be able to set up these traps yourself, where you can set them up or there will be other natural, environmental hazards to take advantage of. The official Twitter has also been showing off the art evolution of the series over the past 35 years. See how your iconic generals have changed after all this time!

There’s no news on an English release thus far, so fans will need to keep an eye out should Three Kingdoms Hadou be announced for outside of Japan, but can at least join in the pre-registrations to try the game out for themselves first.

Give us some support by subscribing to our Youtube Channel !
Tags: KOEI TECMORomance of The Three KingdomsSangokushiSangokushi HadouThree KingdomsThree Kingdoms: Hadou
Previous Post