It would be nice if the charger was a little longer though...

The Sony WH-1000XM5 Noise Cancelling Headphones are the latest headwear from Sony which prioritize, well, canceling out noise.

Their primary purpose is to enhance your music listening however they can make for decent gaming headphones as well. They’re simply good at providing you with some quiet time and to that end, they succeed. Comfort is the key word here as The WH-1000XM5 is incredibly comfortable with a smooth sound quality perfect for listening to some tunes after a long day. 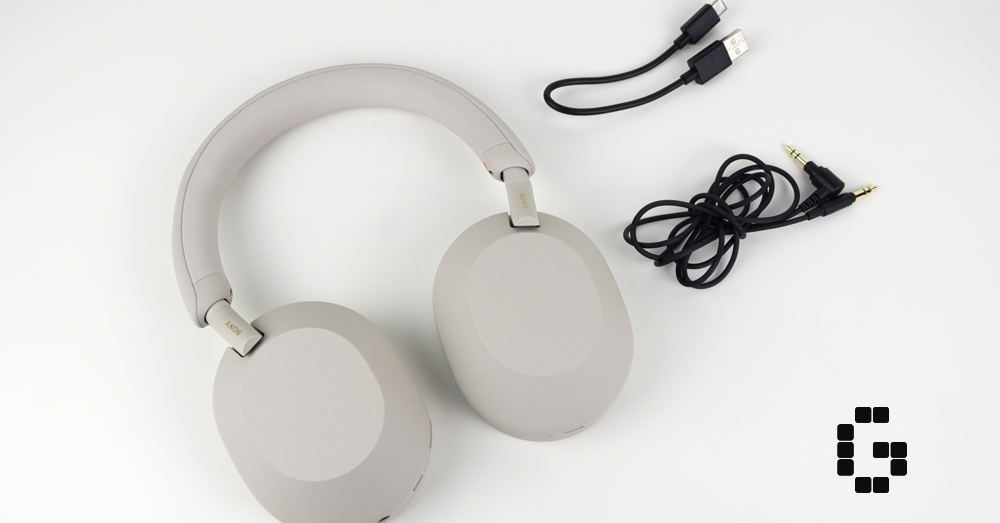 The Sony WH-1000XM5 Noise Cancelling Headphones come in two different colors: black and silver. We were able to get the silver model. The headphones have a sleek high-class feel, even the carrying case that comes with the headphones feels really classy. They are pretty big though, meaning that if you were to go out with the headphones, you will probably need a backpack if you don’t want to have them dangling off your neck.

They’re a lot lighter than a lot of gaming headsets and can get pretty comfortable with long-term usage since they don’t put too much pressure on your head with their super cushy earcups. Unfortunately, the headband can also feel thin and flimsy, which makes me concerned with the long-term usage of the set.

On the left earcup, there are two buttons and a 3.5mm headphone jack, one of the buttons is the power/BlueTooth pairing button, and the other one is the switch between Ambient Noise Mode (AMB) and Noise Cancelling Mode (NC). 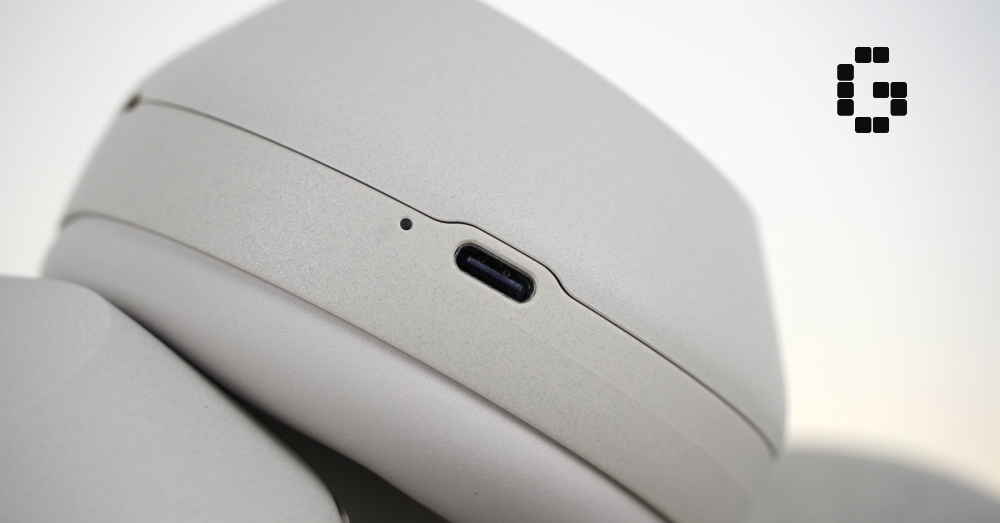 On the right earcup, from what’s visible, there is a USB Type-C charging port. But the earcup itself has a touch control in it, so you can just tap using one finger or do whatever you want to it to control your phone, make actions like play/pause or pick up a call. If you tap the right earcup with 3 fingers or more in NC mode, you can temporarily switch to AMB which allows you to hear others with ease.

While this is helpful it can also be a little annoying since when lying down or adjusting the headphones I often found myself hitting the touch controls by accident and turning off my music when I didn’t mean to.

The earcup can rotate for approximately 100 degrees, with 90 degrees facing outward and 10 degrees facing inward. I’m not sure if this is the market standard design as Razer also makes them like this, but it doesn’t make sense to me. If the headphones are dangling from your neck, the earcup faces outward which feels weird. You’d think people would want them to face inwards so that the insides aren’t exposed and are less likely to get damaged. The box also comes with a 3.5mm jack cable for those who prefer a wired connection, and a far too short charging cable, barely longer than a 15cm ruler, making it barely usable since you likely won’t be able to reach your phone while it’s charging. 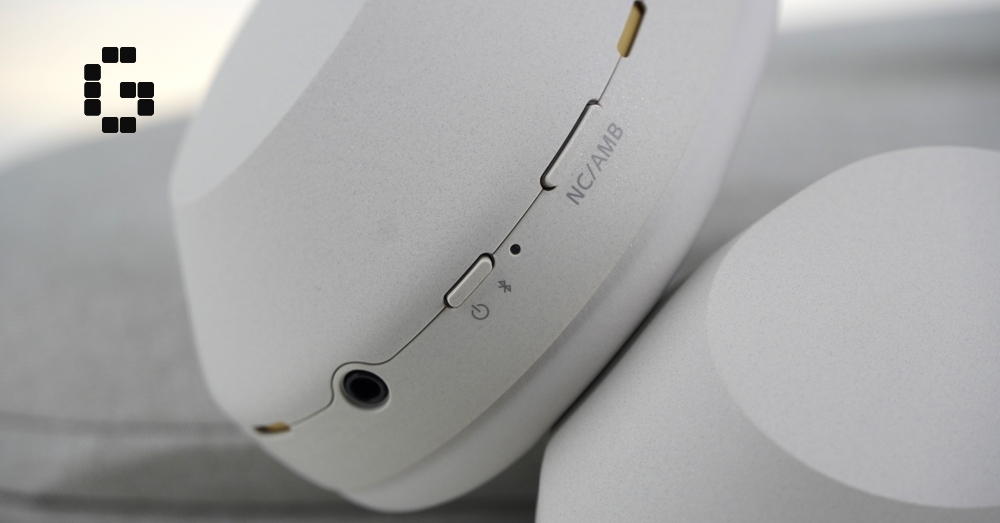 A great feature of the Sony WH-1000XM5 is that they provide a 3.5mm headphone jack, in addition to the Bluetooth connection. It gives users options in whether they’d prefer wired or wireless headphones.

The Bluetooth took a little while to pair up with my phone. I had to hold onto the power button for an excessive amount of time before my phone would connect to them, but after the initial setup, it was mostly smooth sailing.

When you first pair the headphones up, they will ask you to install their special software which has a lot of different features you can play around with. There’s an Adaptive Sound Control that detects your location and automatically changes your headphone settings from afar. The settings also let you customize the function of buttons on the headphones, a really good thing to have on a device with minimal button design. Speaking from a guy who only used cheap in-ear headphones and the occasional Razer headset, this is a HUGE step upward in terms of the audio quality. The headphones provide a good range of sound, and the fact that the headphones completely cover your ear creates an almost surround sound feeling, keeping you more immersed in whatever you’re listening to.

For songs, in particular, the headphones really give the song quality some punch. You can more clearly hear each individual sound component making up the song. I used the headphones to listen to some Gorillaz and the Guilty Gear Strive soundtrack and I could practically feel the percussions softly patting on my ear drums. It was really relaxing and helped me get into the song more.

The microphone on the Sony WH-1000XM5 is really good as well. As previously stated, you will hear nothing but people speaking, and vice versa for the people you’re speaking with.

The headphone can last approximately 30 hours according to the official website. I’ve only charged them once since I’ve gotten them, and despite using the headphones on several occasions, the headphones are still sitting at 80% battery. As long as you don’t have them on for an entire day, they’ll last you for a really long time. The Sony WH-1000XM5 Noise Cancelling Headphones do a really good job at playing sweet melodies while leaving the rest of the world in silence. Once you have them on and turn on the NC, you’ll hear nothing except the very faint volume of people speaking on a slightly loud volume. With music on? You’re not going to be able to hear anything other than the music coming out of your headphones.

The audio quality of the headphones is also really good, as it manages to make each part of the music ring out and the different range of sounds do well to complement each other.

They’re not exactly gaming headphones but if you’re looking for a comfy pair of noise-canceling headphones that can immerse you in whatever you’re watching/playing, the Sony WH-1000XM5 will do the job.