Skylanders Ring of Heroes‘ cast grows bigger with the addition of Smash Hit and Scratch in both Legendary and Heroic grades! They also both possess great attack and defense abilities.

First up is Smash Hit, the mole-like Earth character who uses a giant iron mace to use a wide range attack on enemies. As an Earth character specializing in defense, Smash Hit has a powerful leader skill to further improve that survivability. Scratch is the fleet-footed cat-like Air elemental character, possessing attack skills that aim for an enemy’s weak spots. Scratch also has various evasion skills to avoid being caught in an enemy’s attack! Complete various daily missions until 1 February to celebrate the arrival of these characters to get Gems, Gold and various upgrade items. Depending on accumulated participant count, a large amount of Legendary Skill Power-up Stones will also be up for grabs!

Will you be getting Smash Hit or Scratch (or even both) in Skylanders Ring of Heroes?

You can always get the latest news and updates about the game through the official community here. 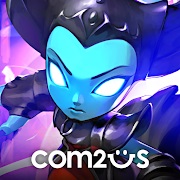 Com2uS X Activision's Skylanders ™ Ring of Heroes is back!

Skylanders will team up with Portal Masters to defeat Kaos and protect Skylands will begin!

Re:Zero game reveals animated opening ahead of its release next week

Re:Zero game reveals animated opening ahead of its release next week