Hololive’s 2nd English Generation “HoloCouncil” had a special treat for viewers today, as the group of Vtubers redebuted as HoloMinistry, an all-male take on the Vtubers. 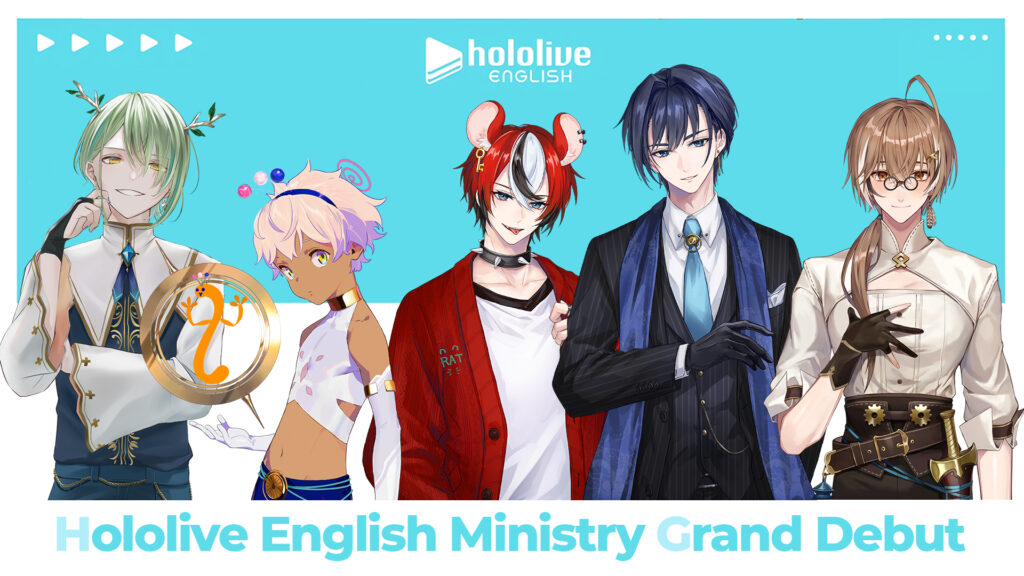 In a special debut and graduation livestream hosted on Ouro Kronii’s channel, the HoloMinistry members showed off their new designs, as well as masculinized names based on their Council counterparts.

The characters were shown off just before the debut livestream, with a PV that echoed the debut PV for HoloCouncil from last year using the hashtag #Holopposite.

The members of the Ministry are as follows:

While obviously not fully rigged like other Vtubers the sprites do feature open/close mouth animations for when each of them speaks.

Credit where credit is due, they stayed in character for the entire 1-hour stream which followed the same style of HoloCouncil’s group streams. They even did this in the face of their voice changers failing, playing along as if a girl had suddenly broken into the stream.

The Ministry takeover even extends to their Twitter, where they’ve changed their names to match their Ministry counterparts with at the very least, Krono tweeting in-character while it’s still up.

It’s not entirely known why they chose today of all days to do it, though perhaps that’s just part of the fun.