Recently on November 4th 2016, GAMEVIL participated in the Unity’s conference “Unite ’16 Los Angeles”. The conference is a three day event that provides information on the Unity Technologies’ innovative development platform where members of the gaming industry can learn about and connect with the Unity aficionados. 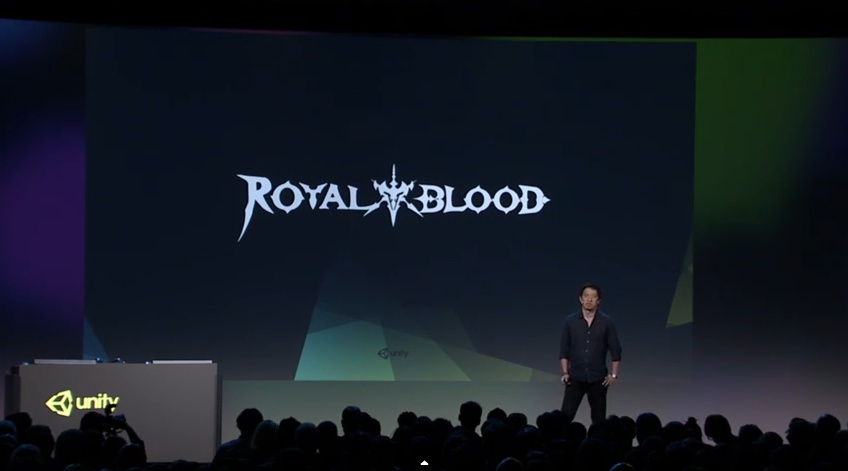 In the event, one of the 50+ keynote speakers was Kyu Lee, President of GAMEVIL USA, to offer his wisdom and insights. His keynote revolved around the upcoming MMORPG Royal Blood by GAMEVIL. Kyu’s presentation during the keynote revealed the tools and Unity-specific techniques used for the development of Royal Blood.

GAMEVIL’S MMORPG Royal Blood that is powered by Unity claims to have closed the gap between PC and mobile graphics. The early gameplay footages that was shown in the conference showed a close resemblance to the current PC MMORPGs. The environments of the game was scene crisp with high polygon counts and detailed textures which allows developers to create an unparalleled mobile game.

To further boast the potential of Royal Blood, with Unity Engine the game was consistently producing smooth frame rates even in environments with 15 or more concurrent players. There will be cooperative gameplay where players can move through an open world; seamlessly transition from solo missions to multi-party raids. The game will also incorporate fully-featured towns, expansive levels and multiple camera angles that were previously difficult to accomplish on mobile.

This upcoming MMORPG by GAMEVIL, Royal Blood is its first of its genre to exclusively use the Unity development platform. The application of the Unity Engine by GAMEVIL has not only debunked pre-conceived notions of possibilities with Unity, but with mobile gaming as well. With the limitless capabilities of the engine, imagination is the only limit for a developer. We will be expecting GAMEVIL to release Royal Blood in 2017.

Final Fantasy XV Mobile MMO Coming to a phone near you!

Planet of Heroes Closed Beta Kicked Off With a New Hero

Planet of Heroes Closed Beta Kicked Off With a New Hero