Fire Emblem Heroes had just released a new update containing a ton of new content and changes that have been made. Here are the update details.

With the release of this update version, players are now able to obtain Divine Codes (Ephemera 8) from events and exchange them for an updated lineup of Limited-time combat manuals using the [Compile] feature.

The heroes that are featured are:

There are some pretty nice skills up to fodder off for such as:

The units who received new weapon refinery include:

The new weapon refines description are as below: 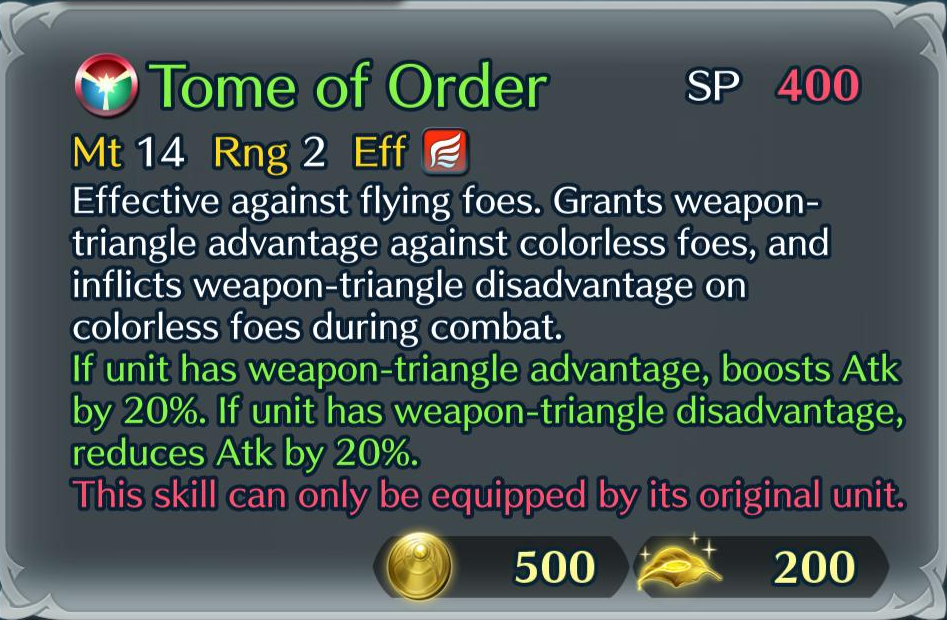 Personally speaking, Legion’s weapon refine seems to be the best one out of the four since he’s like a hard counter to those buff-oriented teams by turning their advantages against them.  But regardless, all of these weapon refines are pretty good and a needed buff for these heroes who have fell off their relevancy.

Meanwhile for Aether Resort, new items are now available from the field. Summoners can now grow a new ingredient, tomatoes, and collect spices and gourmet spices as provisions. To help summoners discern the type of summoning event easily at a glance, category icons have been added to each event’s summoning screen. The user interface has been adjusted to make better use of empty screen space (if available). If empty space appeared along the top and bottom of your screen before the update, this space will now display useful information, such as the amount of Divine Codes in your possession or the turn number and phase during battle. Depending on the size of the screen, you may also see the stock of items recovered from thieves while playing Resonant Battles.

In Resonant Battles, tapping on the Edit Teams button will automatically apply a filter for bonus titles. And that just about sums up the information for the latest update.

Fire Emblem Heroes
Publisher: Nintendo
Developer: Intelligent Systems
Release Date: 2017-02-02
Android, iOS
Nintendo's hit strategy-RPG Fire Emblem series, which has been going strong for more than 25 years, continues its journey on smart devices. Fight battles customized for touch screens and on-the-go play. Summon characters from across the Fire Emblem universe. Develop your Heroes' skills, and take them to new heights. This is your adventure—a Fire Emblem that's like nothing you've seen before!
Give us some support by subscribing to our Youtube Channel !
Tags: AndroidFire Emblem HereosiOSVersion Update
ShareTweetShareSend
Previous Post