The newest Fire Emblem Heroes Feh Channel update for February 2021 has been released! You can watch the full video below:

The power of wholesomeness and memes has won out in this edition of Choose Your Legends, as the Gatekeeper from Fire Emblem: Three Houses has won by quite the landslide at over 72,000 votes to the actual granddaddy of the series, Marth, who sits at over 46,000 votes, in the men’s division. The ladies saw a much closer run, with Marianne and Eirika getting first and second place respectively. They’ll be arriving to the game in Summer 2021. The fourth anniversary celebrations will also be kicking off, with log in bonuses, Tempest Trials and special quests. Other things to come include: 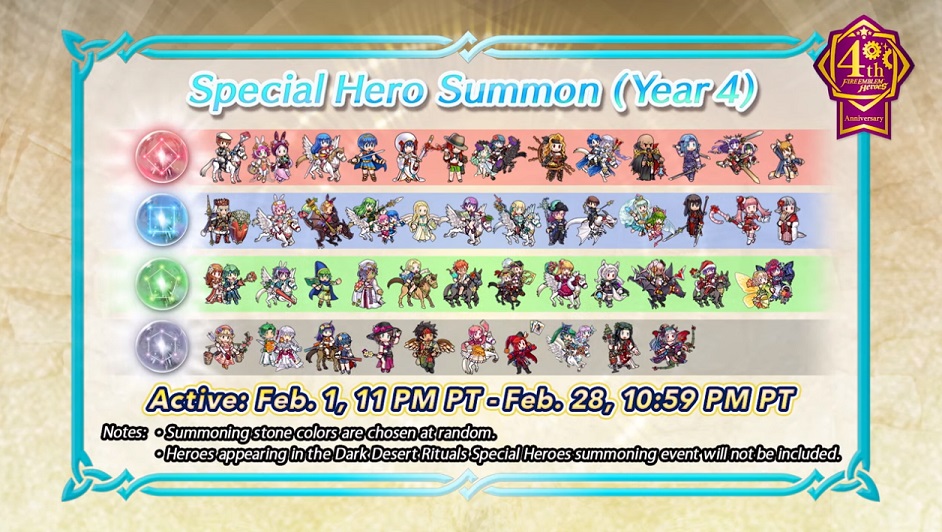 The Day of Devotion units have been revealed, as well as the addition of your Summoner unit who is a Colourless Tome user to the game. Changes have been made to the summoning system as well, removing certain Heroes from the pool unless they are the Focus units. Less likelihoods of spooks, hurray!

Those were pretty much the biggest changes for Feh Channel February 2021, so happy fourth anniversary, Fire Emblem Heroes!

It’s beginning to look a lot like Christmas in Tensura: King of Monsters