The monster was the iconic final boss of the original Monster Hunter, and reprises its role in Iceborne. As the final title update, it is the last new monster for players to hunt.

The fight is a huge throwback to Monster Hunter 1, with hunters traveling back to Castle Schrade for the fight. The arena will come with cannons, ballista turrets as well as the iconic Dragonator.

For Iceborne, Fatalis’ availability will be heralded by the arrival of a new character, The General. He will show up in Seliana to recruit hunters to go to Castle Schrade and take on Fatalis.

Hunting Fatalis will net you materials to build the Dragon Armor set, with an as-of-yet undisclosed set bonus. They teased that it has something to do with the game’s stat caps, however. Even better though, hunting Fatalis will also get you access to the Fatalis Palico armor for your furry companion. This armor set turns your cat into Fatalis, with a mini Hunter as a weapon. While sheathed, the Hunter will be mounting the Palico’s back. 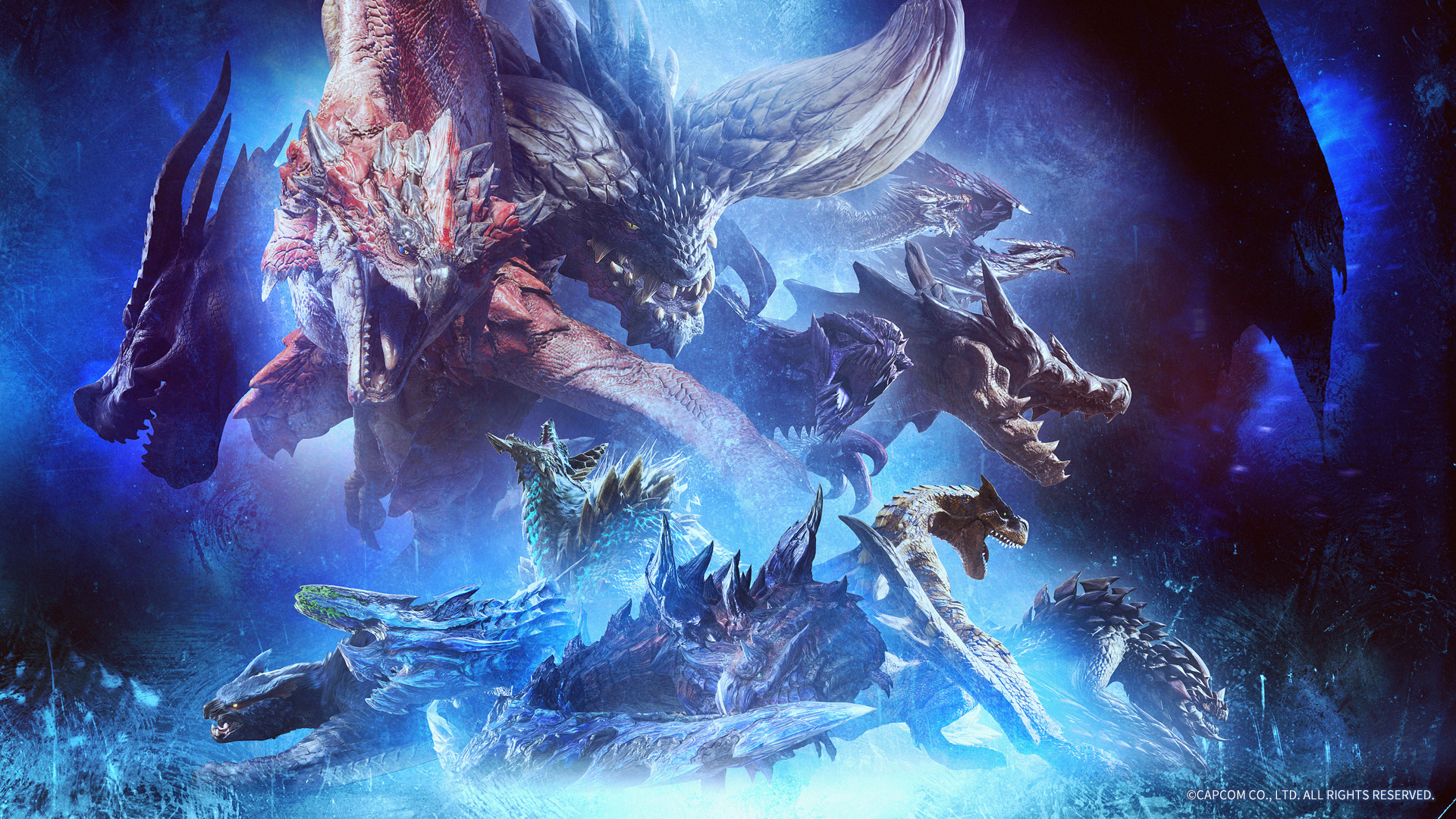 The team says they decided to bring back Fatalis after incredible fan excitement for the high-res model used in the Monster Hunter 15th Anniversary promo art. When they showed off the poster, fans speculated it was a teaser for Iceborne’s roster.

Although Fatalis made it into the game, the theory ended up being false. Of the monsters shown, Lagiacrus (center, right) Seregios, (bottom, right), Gore Magala (Center, left of Lagiacrus) and Valstrax (center, above Lagiacrus) are not present in Iceborne. 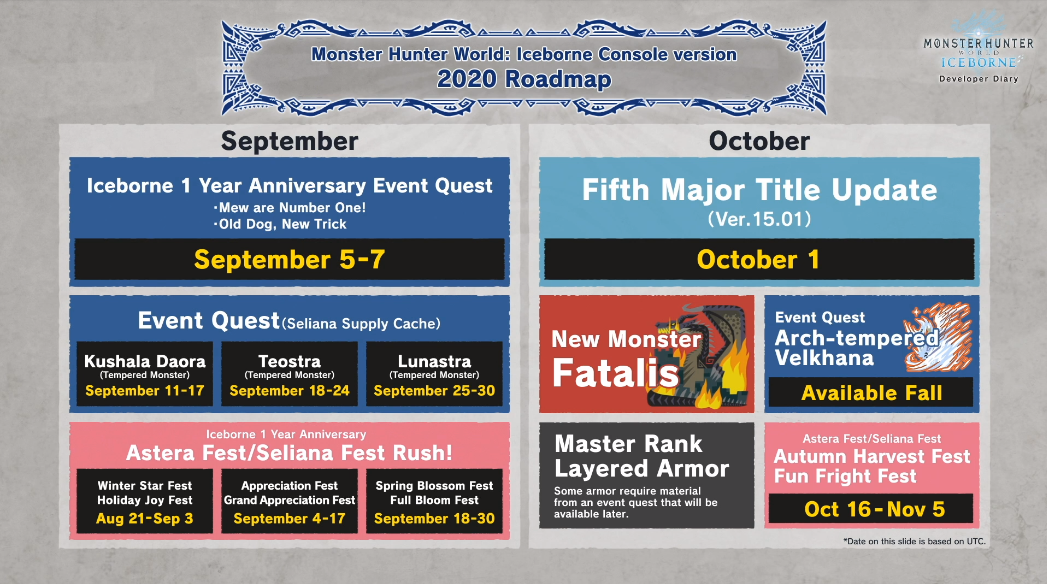 The Last Stand livestream touched on more than just Fatalis, however, as the team talked about other new features coming to Iceborne.

Players have plenty of quality of life to look forward to, as the title update also increases the number of items hunters can meld at the Elder Melder. On top of that, Fashion Hunters will also have more to look forward to as all armor sets, including Master Rank ones, will be available as layered armor.

Hunters looking for a challenge will also want to keep an eye out for Arch-Tempered Velkhana, a redone version of Iceborne’s flagship Elder Dragon. Similar to other Arch-Tempered fights, this will be much harder than regular Velkhana, and will drop materials for a different armor set.

The Fatalis update will also bring some festive cheer to Monster Hunter, with a new seasonal event. This time, the Seliana Gathering Hub will be decorated like a haunted house. The Handler will get a makeover as always, too. Meanwhile, Hunters can unlock spooky new armor sets.

There’s still plenty of reasons to log in to Iceborne until the update, aside from building appropriate gear. Capcom announced that several new event quests would be added ahead of the Fatalis Update, with