Dead by Daylight is well known for collaborating with horror franchises such as The Ring, Resident Evil, Silent Hill, and now they’re crossing over with Attack on Titan.

This was revealed during the Dead by Daylight Anniversary Livestream where it was revealed that an ‘Attack on Titan Collection’ will be coming to the game soon. It will feature ten different outfits for both killers and survivors.

Concept art revealed in the live stream show skins based on Eren Jeager and Hange Zoë, which will be available for the two survivor characters, Dwight and Zarina. 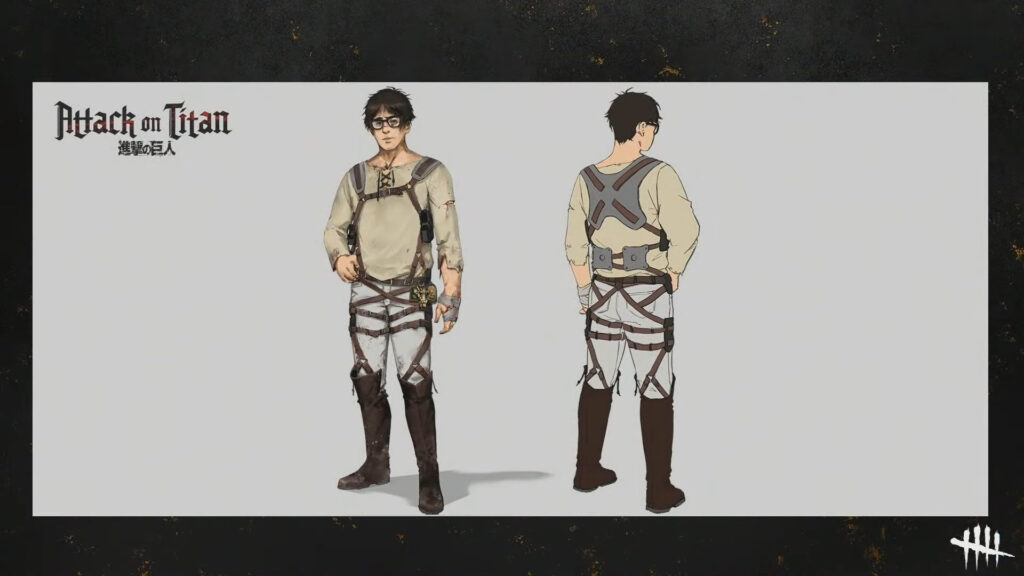 As for the killers, there will be a skin for Oni based on the Armored Titan. It is a little disappointing that you can’t play as a little titan and chase down victims but this makes up for it just a little. The Armored Titan’s skin seems to have crystal-like hardening, much like the character in the anime.

The live stream also revealed that Dead By Daylight’s upcoming chapter 24 will feature a new map, character, and killer.

They will also be teaming up with Capcom for another Resident Evil chapter. Little is known about this collab which has been called “Project W” (for Wesker maybe?) but it will bring even more characters from the seminal survival horror franchise into Dead by Daylight.