Bloodborne Is The Perfect Game For Halloween 2020

So it is upon us, the month of spooks. Not the FBI-agent kind, mind you. No, we’re talking Halloween. There’s lots of great games you can play, especially since we won’t be attending any parties this year. Today we’re going to be taking a look at arguably the most apt of these games: FromSoftware’s Bloodborne.

For those of you who don’t know, Bloodborne has you play as a Hunter- beings skulking the streets of Yharnam hunting down those who’ve become Beasts from consuming too much of Yharnam’s healing Blood. Which brings us to the number one reason it’s so apt to play this year:

It’s literally a game about going out and beating the tar out of people who break quarantine.

Look, I know game journalists have a bad rep for comparing everything to Souls games. But you’ve gotta give me this one, man. As numbers only climb while those in power say things are getting better, taking to the streets (but not without a mask of course) and mowing down some socially un-distanced xenophobes feels good.

No, seriously. The Default hunter wears a mask. I kid you not. 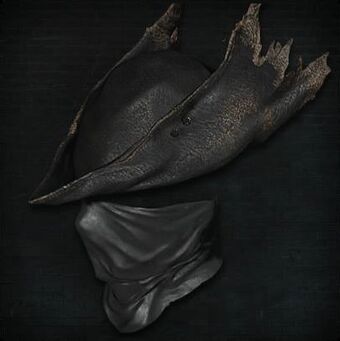 Sure, it’s no N95, and I’m sure the Good Hunter doesn’t have a filter inside, but I think it’s the spirit that counts here. Considering the world of Yharnam is clearly influenced by Victorian-era Britain, just the fact that Hunters cover their faces puts them way ahead of its real-world counterpart.

Literally the first area of Bloodborne, Central Yharnam, you learn that most of the city is already locked down. You can knock on people’s doors and they’ll berate you for even coming near them. Yet somehow, a bunch of old men have taken to the street, most in various stages of a beastly infection. The game’s item descriptions tell you that they don’t like Hunters, and have taken it upon themselves to end the beastly scourge. And what do they do?

They yell at you to go back to where you came from. If anything, the metaphor is probably a better comparison to the U.S at this point. 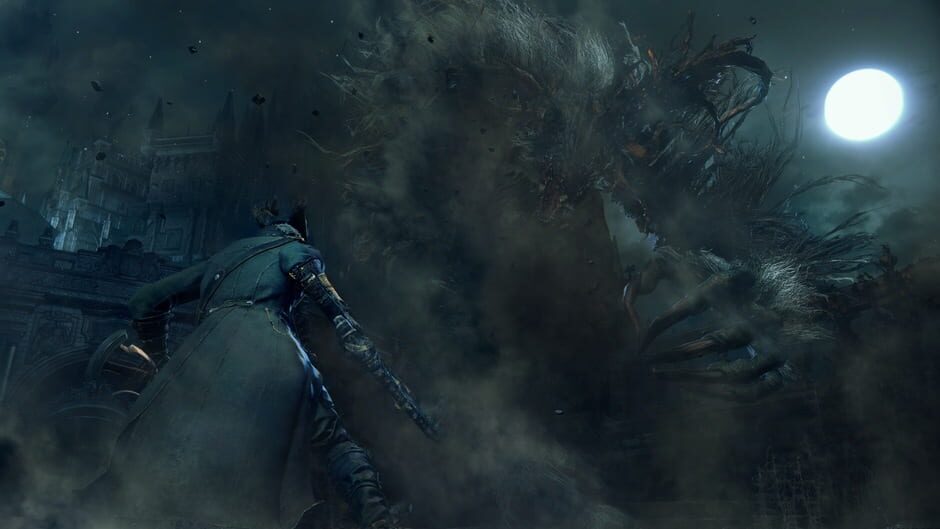 A Hunter Is A Hunter, Even In A Dream

COVID jokes aside, Bloodborne is an amazing game. It’s got some of the best Souls combat, eschewing blocking for a gun-based parry system. Most of the guns in this game can be fired while your opponent attacks, making the most satisfying noise if the parry connects. Anyone who’s ever parried in Dark Souls knows what comes next, and you get a big Visceral attack for massive damage.

As expected of a game that mocks you for wanting to block, the game also pushes you to be aggressive. You’ll soon learn that back-stepping is more often than not a bad move, and your safest bet is usually dodging through attacks and into a boss. As someone who loves hiding behind a shield in Souls games, this forced revelation was life-changing.

Add that to the game’s focus on exploration. Real exploration, by the way, not just “if you walk too far to the left, there’s a rock with 50 gold under it” exploration. The game’s core story is actually very short. However, so much of this game takes place in detours, with optional bosses galore to fill you with nightmarish dread.

In fact, a huge chunk of this game is just side content. The game’s chalice dungeons are randomly generated dungeons, with variants of existing bosses as well as dungeon-exclusive ones skulking its halls. I’d made it almost entirely through the game’s story before I even knew how these chalice dungeons worked, and now I have a new timesink in this game. 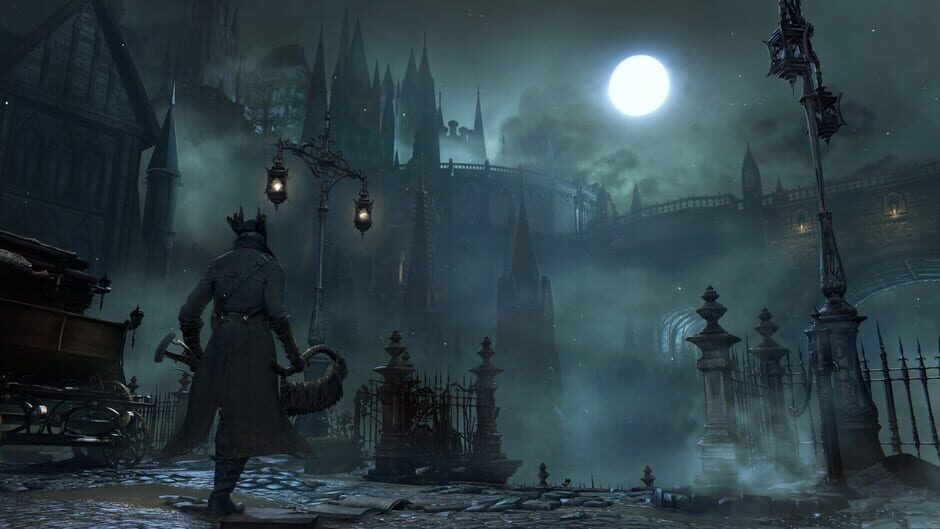 On top of all this, Bloodborne has some of the best atmosphere of a Soulsborne. The city of Yharnam can’t and doesn’t need to be saved. By the time you arrive, the bad thing has already happened. Werewolves are roaming the streets, and everyone’s yelling at you for being an outsider. You’ll try to head to the Cathedral Ward, part Church and part Hospital. However, you find out that even they’ve locked down, and now you’ve got to take the long way across town to get in.

Of course, the game is about way more than werewolves. Soon after it takes a turn for the cosmic horror, lifting many inspirations from H.P Lovecraft (without the racism, of course).

Unlike many games trying to do Cosmic Horror, Bloodborne goes the extra mile to sink you into the world of madness and otherworldly beings. One of your resources in this game is Insight. Insight represents forbidden knowledge, stuff that would just break a person’s mind to know. Naturally, simply encountering the game’s bosses is horrifying enough to raise your Insight.

Of course, Insight is more than a counter to tell you how bad you’ve got it. High Insight levels make you susceptible to Frenzy damage- attacks straight to your sanity. And worse still, at high enough Insight, some enemies start to change as well.

This is such a cool idea, especially as you start to get deeper into the game. There are bosses whose fights actually vary in difficulty depending on your current Insight level. Of course, there are enemies hiding in the world who will try to stop you from learning too much- running into these brain suckers will rob you of your precious Insight.

Of course, the genius of Insight tends to fall apart on the videogame side of things. Insight is also a currency, which you can use to buy special upgrades back in the Hunter’s Dream. It’s not quite understood how you willingly lose insight, and why your character now has pills on them as a result of the transaction.

Of course, there’s the big pop-off at the middle of the story. After defeating Vacuous Rom, you lift the veil over the world and the people start to see the world as it really is. This gives you your first major look at arguably the most iconic creature in Bloodborne, the Amygdala.

These creatures are absolutely horrifying. Everything about their design fills you with the exact type of horror H.P Lovecraft tried to write out, and finding out they were there among us the whole time is such a great way to amplify the horror element. There’s an Amygdala you can encounter earlier on in the game, too- but it isn’t until Rom is defeated that you see how freaky these things really are. 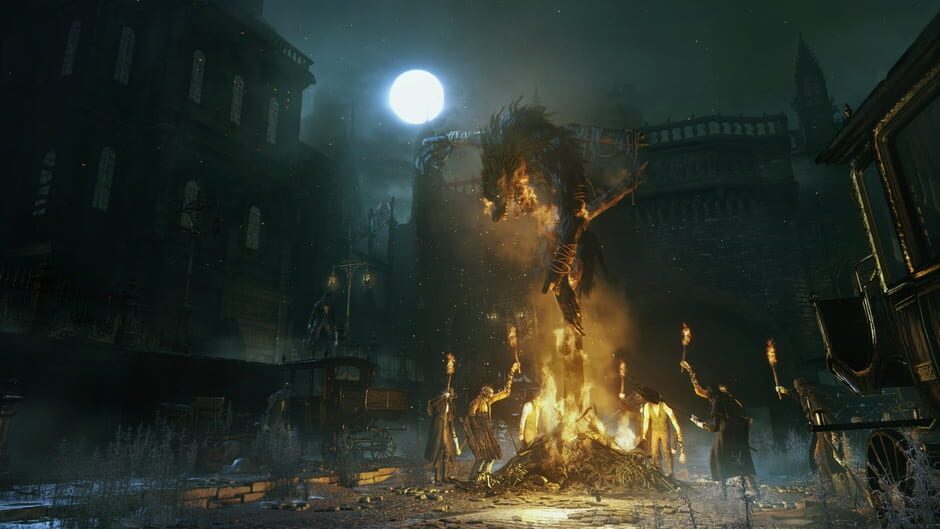 May You Find Your Worth In The Waking World

Top that off with how absolutely amazing the game’s DLC, The Old Hunters, is, and you have a recipe for a damn-near-perfect game. There’s not much to say about the DLC that isn’t already a plus of the main game- it’s more Bloodborne, after all. However, it bears mentioning simply because it adds even more of Bloodborne’s unique trick weapons, as well as having some of the best bossfights in the Souls series.

Suffice to say, you should absolutely go pick Bloodborne up if you haven’t already. The game regularly goes on sale on the PSN store, so keep your eyes peeled for a good deal with this absolute gem of an exclusive.