All for one – Watch Dogs: Legion hands-on demo gameplay

While it’s not a numbered entry, we’re going back into the near future London of Watch Dogs in Watch Dogs: Legion. You’ve seen the clips of your sweet little granny whipping out her trusty pistol among other things. We got to try a demo build ahead of Ubisoft Forward, so here’s our write-up on it!

KEEP CALM AND CARRY ON

We did try an alpha build during Gamescom 2019 you can read about here; it’s undergone some changes, and we would probably see a few more before the final release. The accents seem authentic enough, for that degree of believability, though we might want to have Londoners get back to us on that (haha). We think this is probably one game that you’ll find flooding your YouTube feed from content creators. Why? You could just simply walk down the street, and find havoc just randomly occurring before you can even blink. Maybe the essence of Charlie Chaplin’s possessed the whole lot. 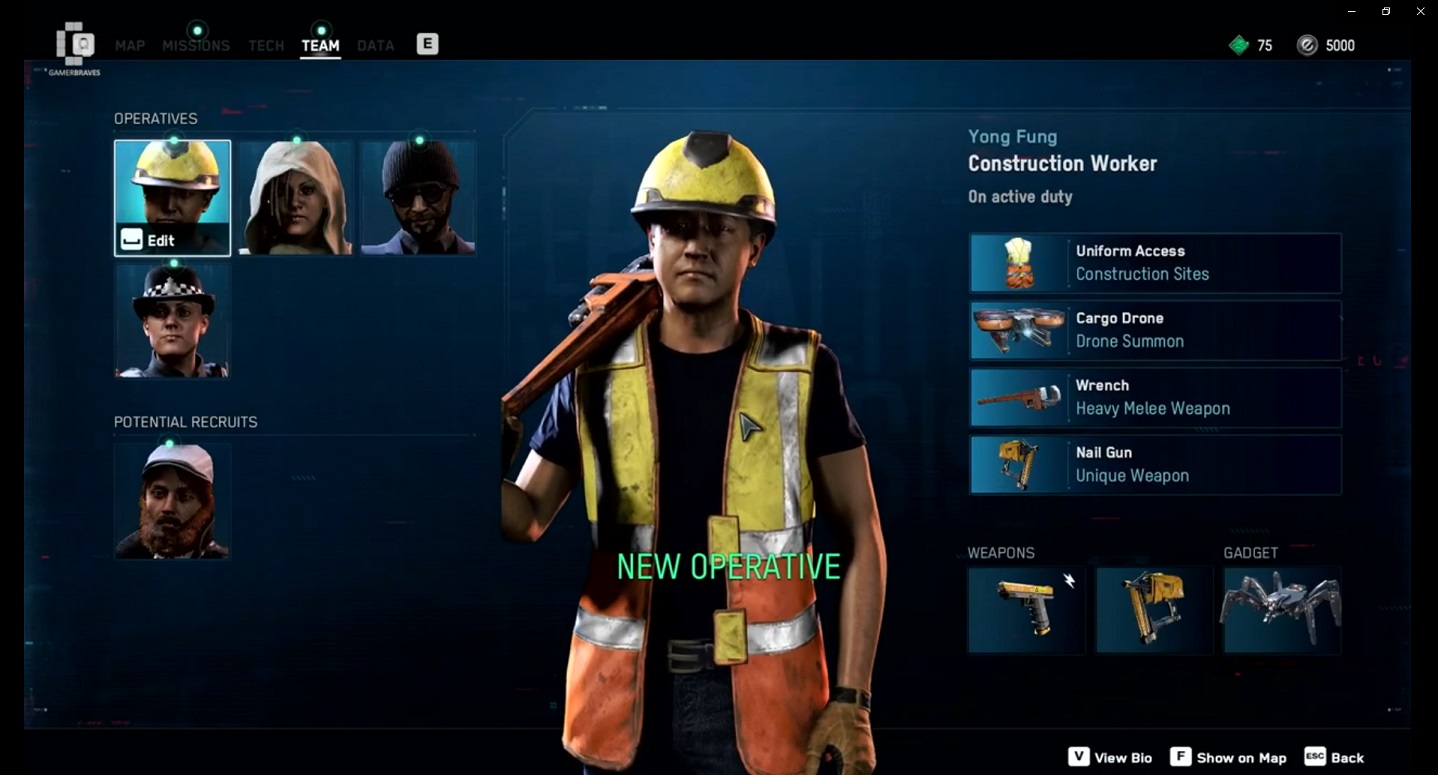 Due to how the characters and variables are generated, no one playthrough is going to be the same. One questline can feature different characters and go off the rails in another way. We can’t confirm this in the demo build regarding actually unique NPCs that aren’t randomly created, so we’ll have to see about that. As the name goes, we’ll be playing the titular legion: we don’t have a set protagonist after all, so the threads of DeadSec are going to be nothing short of tangled. Since you’re symbolically representing the whole of DeadSec when you play any of the random characters you can get, you now have to be wary of your so-called organization’s reputation. As it is, there will be characters who will start out distrustful of DeadSec, and if it gets low enough, you’d be essentially attacked on sight. The coppers will be lenient and let you go the first time you commit a misdemeanor, but they won’t be so benevolent on subsequent attempts.

WE’RE THAT SORT OF BEAR… You can still recruit characters who are sus about DeadSec, but their recruitment questline will be longer. Most, if not the rest of them, typically just takes one quest before you can pick them up. Their questline can also lead into another recruitable character, so it’s like a chain reaction. It takes a decent bit of time to clear the one, and you can also end up recruiting someone with no skills should you complete the quest. Their job might come in handy at least, but you’d preferably want to get someone more useful, naturally. With NPCs carrying these unique skills and jobs, it incentivizes you to pick them up as you go, rather than starting with standard empty slate NPCs.

Combat works similarly to the previous games, so no massive shakes there. You’d probably prefer to avoid action though, especially if you happen to be controlling sweet granny for a mission for whatever reason. Your enemies will unfortunately not respect the elderly, and those rheumatic joints will not help you run very fast. You do have the ability to hack just about everything, so use that. We’re assured that you can clear the game without killing anyone, though we might have to put a pin on that should there be any mandatory story points that requires doing so. With Legion being an open world game, there will be fast travel. Head over to various districts of the city to find quests you can do, which in turn raises DeadSec’s reputation. Should you get it high enough, you can earn a bonus too. You can still grab vehicles to drive around, but there are also options to auto-drive if you don’t feel like it. Ah, the future.

We pretty much spent the demo running around and exploring as you might, having fun with the good ol’ Hollywood (London?) hacking. Since it doesn’t take any battery power now, you are free to commit mischief and maybe hear some really colourful English. Operatives will hang out at a hideout, so you’ll be able to see all the people you’ve recruited here, and dress ’em up; there’s a Photobooth feature to see your crew pose around for that desktop wallpaper.

Give us some support by subscribing to our Youtube Channel !
Tags: UbisoftWatch DogsWatch Dogs Legion
ShareTweetShareSend
Previous Post