by W. Amirul Adlan
in All, Laptops, PC, Reviews, Tech
0

Acer is gunning for the creative on the go with the Acer Swift 3X, one of the laptops in their newest lineup. While the laptop looks unassuming, it has a surprising amount of power under the hood, putting many utility laptops to shame with its combination of portability and power. The Acer Swift 3X is a pretty stylish looking laptop. It’s got a pretty minimalist design, free of any pretentious attempts to look aggressive. Our unit came in Steam Blue, which is a great color since it’s not overly specular.

The laptop itself is also pretty light, weighing in at 1.37kg. Combined with its small size, it’s a very portable machine, and will fit in most bags. Ideally, it’s great for uni students, since you’d have no trouble lugging it around campus and it can perform all manner of basic assignments with ease.

Despite this it’s got a 14-inch Full HD screen, capable of supporting 1920 x 1080 resolutions. It has an 84% screen-to-body ratio, making it perfect for previewing your latest video or catching up on your favorite shows between classes.

To accommodate its size though, the keyboard doesn’t come with a numpad. Again, this shouldn’t matter much to most people, but for the minority who would need one, it’s an important detail. Despite its small size and everyman approach, the laptop comes with a fair bit of utility. It has several USB ports, including two USB 3.2s, as well as a USB Type-C and a HDMI 2.0 port. This actually plays into the “Uni student” demographic pretty well, being great for transferring files as well as plugging into bigger monitors for presentations.

There’s also the case with the laptop’s cooling, which is considerably more high tech than you’d expect out of a normal notebook. Unlike many laptops that just make you play the hand you’re dealt when it comes to cooling, the Acer Swift 3X comes with multiple cooling modes, accessible by holding down Fn + F. Internally, the Acer Swift 3X isn’t a pushover either. While it certainly loses out to any kind of specialized laptop, it’s worth remembering that it’s not aiming to be the best at any one thing.

One of the most impressive things about it is its 512GB SSD, which is great for anyone whose work involves moving files around. While they’re not as rare as they were 5 years ago, it’s still nice to see that Acer didn’t cheap out and leave a HDD in the laptop instead.

It also has an Intel Core i7-1165G7 CPU, a newly released chip that works well with small computers. It packs quite a bit of power for its small size, and is fairly energy efficient so you won’t have to worry about it running too hot.

Rather than have a GPU from one of the big brands, the Swift uses an Intel Xe MAX Graphics card with 4GB VRAM. In NVIDIA terms it’s around the same quality as a GTX 960M , meaning you’re not exactly going to be gunning for the holiday season’s top sellers with this.

That being said, it’s one of Intel’s best discrete GPUs, so if you weren’t looking for a high-end GPU in your laptop anyways this should serve you fine.

So the Acer Swift 3x is more of an everyman notebook, with no specific focus on gaming. While that means it probably won’t be running Cyberpunk at max settings, it does have the capacity to run some of the most popular games.

We took a look at the Swift’s benchmark scores on 3DMark, where it scored a 16061 on the Night Raid test. You can see the results here: It should be noted, that the laptop actually handles editing software fairly well. Unless you’re doing something particularly taxing like a billion-poly project rendered in 8K, you’ll probably get away with using this for most projects. It’s not like the components are bad, it’s just that they’re not optimal for more demanding like gaming.

Of the games we tried, none have performed better than League Of Legends, which can run on the highest settings and get framerates of 90fps. That being said, it can struggle with chaotic teamfights, with frame drops costing you valuable click time. There’s also the problem with the laptop’s monitor, whereby characters can be quite small and hard to see. The laptop uses a 14-inch monitor, so it can be a bit of strain on the eyes if you really try to get in the zone with this.

In a sense, it’s fine for the casual player. But if you’re looking to climb the competitive ladder and earn some brand sponsorship, you might want to look at a higher-performance PC.

We also tried some of the bigger releases from the year on the Acer Swift 3X, with Mafia: Definitive Edition and Ghostrunner. The idea was to look at two graphically intensive games, with one of them being fast-paced to see how far the game’s performance issues would be impacted. With Mafia: Definitive edition the Acer Swift 3X couldn’t even meet the game’s minimum recommended specs. That being said it was still launchable. ‘Playable’ was a whole other story, as the game would drop to 14fps any time you were in an open area with multiple objects.

Considering one of Mafia’s selling points is its big open world, full of objects, this probably isn’t the laptop for you if that’s what you’re planning to play. 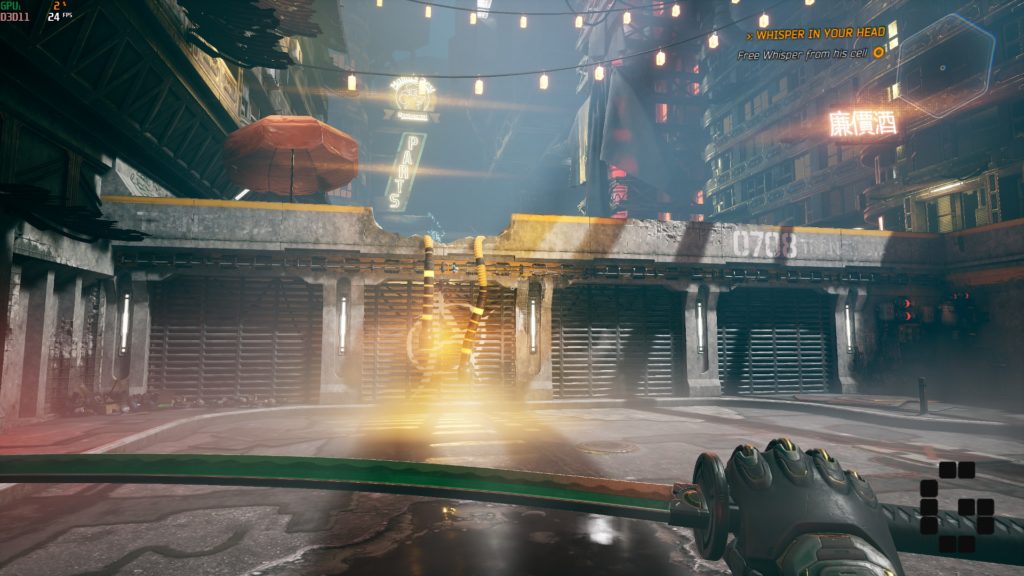 Ghostrunner, unsurprisingly brought similar results. The game can break 30fps, but only if you run it at 720p resolution. That being said, the performance isn’t smooth, which it really needs to be for the high-octane action of the game. The Acer Swift 3X is a great laptop among other all-rounders. While it’s not ideal for gaming, it’s certainly good enough for the uni student on the go.

As a device for doing reports, editing videos watching videos, it’s probably one of the best it is thanks to its top-of-the-line CPU and GPU set for that very purpose.

It also starts at RM3799 for price, which by all means is a decent rate considering its specs. You can get it at official Acer Online Stores, as well as authorized resellers.