Xiaomi POCO F4 Review: A Crystal Clean Screen that runs Smooth as Silk, Even If It’s A Little Hot

Xiaomi POCO returns with their latest variant, the POCO F4, and from what I’ve seen, this is one mobile gamers want to watch out for. It’s cheaper than the GT version yet has a nicer screen and runs games at a  smooth and stable framerate, albeit while also warming your hands a little too much.

At a starting price of RM 1,499, it’s definitely more on the more costly side but I think the perks it offers are worth it. I can safely see that this is one of the better-performing smartphones for gaming on the market. If gaming is your biggest priority for picking out a phone, this is definitely one to consider. The POCO F4 has a clean look that is compact, and professional. With dimensions of 163.2 x 75.95 x 7.7 mm and weighing 195g, it’s light and comfortable enough to play games on it without your hand getting cramped.

The phone also feels secure and sturdy which reduces the chance of it breaking on those frustrating Genshin nights. Even fingerprints can barely be seen on its backglass which is good you don’t like looking like a screen covered in grime and pocket lint.

That being said, it’s also very slippery. The sleek design leaves a lack of friction and it’ll easily slide over many different surfaces. With that in mind, it’s best to get a cover for the phone as soon as possible.

The phone comes with two speakers and buttons on the phone’s right side as well as a USB Type-C port and there’s no 3.5 headphone jack. This is pretty standard for modern phones but the POCO F4 is nice enough to come with a free adaptor in the box. I got to give them credit for considering those that prefer wired music. 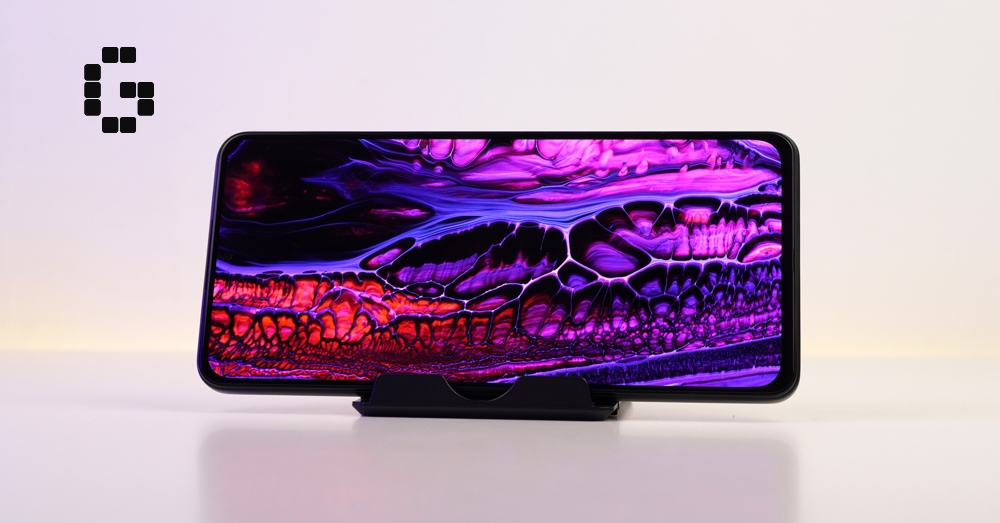 I spend most of my time on my phone watching videos so I was pretty impressed to find that the POCO F4’s true strength lies in its great screen display.

It offers a high refresh rate of up to 120Hz with its 6.67” E4 AMOLED screen. The Display also comes with a peak brightness of 1300 Nits as well as a True Display and TrueColor Display feature that gives far more detail to the media played on screen. The details of each image really pop which in turn certainly made my evening train commute more entertaining.

The touchscreen likewise has a sampling rate up to 360Hz, giving it a smooth and responsive experience while scrolling through and playing games. Whether scrolling through an RPG menu or zooming in to snipe a headshot, the potential jank of dragging and dropping was nowhere to be seen. Many modern phones come with a lens for every situation, the POCO F4 comes with three of them: a 64MP main camera, an 8MP ultra-wide camera, and a 2MP macro camera. The three of these allow you to snap pictures for any occasion, close up, further out, and they do especially well for night shots.

A neat aspect of the camera is that you don’t need to worry about the phone shaking too much when taking pictures. The phone has a feature called Optical Image Stabilization (OIS) installed and it will stabilize the phone and capture the photo perfectly. I’m a pretty amateur photographer but I could definitely tell my shaking hands weren’t ruining the pictures as often as they used to.

For those that actually do know how to take photos, the phone has some more advanced options like a 4K cinematic camera with inclusions like a Panoramic Selfie Mode, AI Skyscraping 4.0, AI Erase 2.0. There’s a lot you could do with this one phone and if you’re talented enough I’m sure you could use it to blow up your Instagram feed. As I said at the start of the review, the POCO F4 is at its heart a mobile gaming device and you can see it in its smooth-as-butter performance.

The device is equipped with a Snapdragon 870 chip as well as a UFS 3.1 ROM and LPDDR5 RAM to make sure the data is transferred at the fastest speed on the phone. Once again, it cuts down on jank and others a seamless experience going from app to app and into games with minimal freezing and solid frame rates.

The only real downside I noticed is that the phone gets really hot fairly quickly when playing games at peak settings. It does have a cooling system to prevent it from catching on fire but you’ll definitely feel a mini heat patch warming your hands.

Part of the reason the POCO F4 excels with gaming is thanks to an app is has called “Game Turbo” that can be used to optimize your gaming experience. You can set a game to Classic mode (default) or Pro mode (for professional gamers). You can also alter settings for responses, accuracy, tap stability, and graphical performance.

We tried three games to test the phone’s gaming capabilities. These were Genshin Impact, Mobile Legends: Bang Bang, and PUBG Mobile. To test the limits of the POCO, we played each game with the highest graphics setting available.

Our time with Genshin Impact more or less summed up the strengths and weaknesses of the POCO F4. The world of Genshin ran beautifully but we could also feel a fire burning that wasn’t coming from the pyro spells. It’s far from unplayable but it’s still noticeable.

With that being said, I was surprised to find that after playing for an hour, the battery was only drained by 30 percent which was really practical.

Mobile Legends was by far the best game played for the POCO. Not only did it run great but the phone stayed at its regular temperature.

We also managed to play the game for a good three hours before the battery was finished, further showing the energy-saving measures the device has. It’s good to see that this portable device truly is portable and doesn’t require a charger to be plugged in after a couple of matches.

I’ve never been one for ‘realistic’ graphics in games but the Ultra HD Graphic option the POCO F4 offers truly sets an example of what the device can do. While I played through PUBG, I could’ve sworn I was playing the console version with show sharp it was.

Unfortunately, these higher graphical capabilities also fanned the flames as the phone started heating up a little too much for comfort. Like Genshin though, the battery life remained mostly unaffected with it only draining around 20 percent.

Aside from the heat, I think the POCO F4 handled all three games very well. They all ran smoothly, they looked great in the hi-res settings and the phone’s battery wasn’t on its last legs after a play session. And keep in mind, that these are the highest settings. For the majority of people who aren’t trying to push the phone to the limit, it’ll probably run even better. We already talked about POCO F4’s impressive battery life but it’s also very quick to get that life back. The phone comes with a 4500mAh massive battery with 67W turbo charging and only takes up to 38 minutes to charge up to 100 percent regardless of how much power it has left.

After spending a lot of time playing games on this phone the quick charge is very satisfying. The charger is a little on the bulkier side but it’s worth it for the fast energy restoration so you can get back to your game as quickly as possible. As someone who hates having to wait around for phones to charge, I greatly enjoyed the convenience. Overall, the POCO F4 is a strong contender as a smartphone and a gaming experience, that can cater to the needs of most mobile gamers. The vibrant screen and silky-smooth performance make it an optional device to slash through enemies or shoot down opponents in your app of choice.

At a price of RM 1,499 on Shopee, that performance definitely came at quite the cost. That being said I can’t deny that the money shows in the device. If you’re looking for a phone that can bring your gaming experience up to the next level, the POCO F4 is one that’s worth looking out for.

For more technical information, here are the specs of the devices: