The lineup boasts a 30% performance upgrade over previous models, thanks to the high-speed combo of PCIe Gen4, Thunderbolt 4, and Wi-Fi 6E. MSI-exclusive features like “Discrete Graphics Mode” improve graphics performance, alongside easy overclocking capabilities through the MSI Center are not to be missed in the gaming lineup. 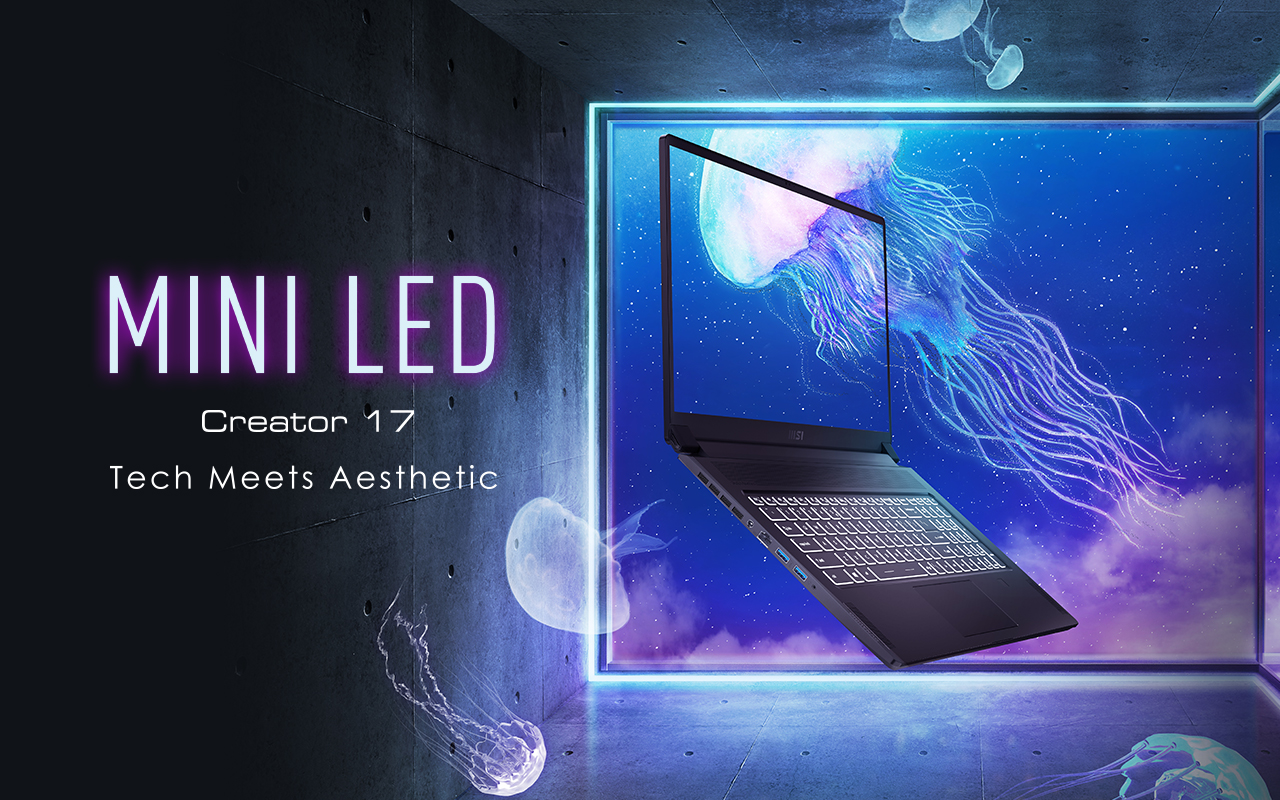 The newly redesigned Creator 17 laptop offers vibrant Mini LED display, powered by AUO AmLED technology, with 1,000 nits of brightness for a higher color range, all in a black, aluminum chassis with a sandblasted texture. For those who need powerful performance for work and play, or even engineering, the GP Leopard series is also receiving NVIDIA® GeForce RTX™ 3080 graphics and the latest 11th Gen Intel® Core™ i7 Processors. The award-winning Stealth series is back, bringing lightweight gaming power for those on the move. Beyond the GPU and CPU updates, the GS76 Stealth now has a silver hinge design, improved battery capacity, and a new panel with up to QHD 240 Hz for better visual performance. Dynaudio speakers enhance the music listening experience. The GS Stealth series is the ideal portable gaming and working partner. Inspired by the swift power of the Sword and Katana, the image of the brand-new Sword and Katana GF series is designed by famed Japanese illustrator Tsuyoshi Nagano, noted for his work in the “Romance of the Three Kingdoms” video game series. The MSI Sword 17, Sword 15, Katana GF76 and GF66 are set to inspire users. Powered by NVIDIA® GeForce RTX™ 3060 graphics and featuring independent number pads, even on the smaller 15-inch variant, the Sword and Katana GF laptops are more than just entry-level gaming configurations; they are your first partner for long-lasting battles in the virtual world.

With a renewed focus on the creative and business markets, MSI’s new lineup of laptops reflects the brand’s dedication to artistry in all forms. MSI is not only putting performance onto the table, they are displaying new design to watch over people’s needs. Whether it’s nights spent gaming, days in the office, or creative work from anywhere, MSI is truly ambitious to expand their territory to enhance everyone’s every day with better experience.

For more information, tune in to MSI’s “Tech Meets Aesthetic” event on 17 May at MSIology. Exact specifications and availability can differ by region.

Console Games to play and sink time into during MCO 3.0