Seven Underrated Digimon That We Want To See More Of

Which Digital Monsters do you think deserve more love?

One of the best parts of Digimon is the interesting designs each monster can take and while I love Agumon and Patamon, I sometimes wish that we could see some of the more obscure and underrated Digimon appear more, whether in anime, games, or anything else.

Here are just seven underrated Digimon that we want to see more of. I’ll tell you right now, there are tons more Digimon that could easily be placed on this list but for now, here are seven that tend to get less attention than they should. 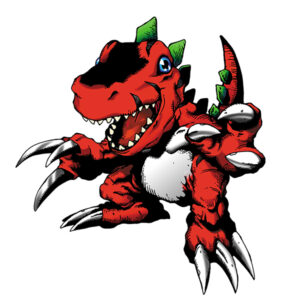 To start this list of underrated Digimon, you can’t help but feel a bit bad for Tyranomon. This guy was meant to be the face of the franchise, Agumon’s main evolution in the original V-pet. Except Greymon got more popular and got to be Aguman’s evolution in Digimon Adventure. The rest is history. Tyranomon got bit roles as mooks for bigger villains in Adventure and 02 and hasn’t been seen much since.

It’s a shame to, as design-wise Tyranomon may look a little generic but has that badass dinosaur feel that Greymon has. They were also able to get some pretty cool evolutions like Dark and MetalTyranomon so they still have that going for them. Perhaps, one day Tyranomon will get its time to shine. 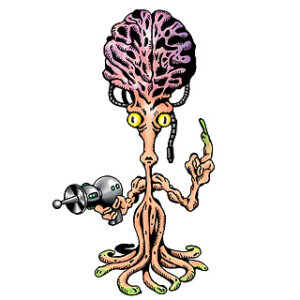 To be honest, a lot of the early Adventure era Digimon could go on here. The ones that weren’t the protagonist’s Digimon and played the role of Digital World NPCs like Shellmon, Kiwimon, Drimogemon, Whamon, and others. Always showing up as minor characters but never getting much spotlight. A lot of these guys have simple concepts but under Digimon’s surreal 90s aesthetic were able to pull them off in an interesting way. The key example of this, in my opinion, is Vademon.

Vademon is an alien (or a mutated plant possibly). He has many of the basic design ideas of 50s-style aliens, like the big brain and ray gun but Digimon is able to make the idea more memorable. I love is bulging yes, his strangely muscular arms attached to that tiny neck. The wires randomly hanging out of his creased and swollen head. He just feels alien while also being distinctly Digimon. This guy is a nuckalavee samurai, a demonic horse with an undead warrior sprouting out of its back. When I was younger I always found Zanbamon both freaky and cool at the same time. Unfortunately, he’s never showed up much in the anime. He had a bit part in Frontier and was the enemy of the week in Adventure (2020) but still not much.

For me, Zanbamon always screamed major antagonist. If Etemon can hold down an entire ark, I’d love to see Zanbamon take on some new chosen children. Since the Vital Bracelets were released, we’ve seen a number of new Digimon grace the Fitbit and while many of them are cool, none of them are quite as elegant as BloomLordmon.

While I love the various flower fairy Digimon like Lilimon and Rafflesimon, having a flower knight is a great idea and BloomLordmon pulls the concept off with flying colors. His petal cape and flower spear fit perfectly alongside his vibrant regal armor.

Being so new, it’s understandable why BloomLordmon hasn’t been in a lot but still, I want to see him show up in more Digimon projects. He better be getting an invite into the Royal Knights at least, he more than deserves a place. Dinobeemon doesn’t look quite as conventionally badass as Paildramon but I kind of like it more because of that. It just looks so odd and Frankensteined together, it’s hard not to love it. I honestly like to see the 02 Digimon Veemon and Wormmon somehow turned into this thing. Also, its’ signature attack is called ‘The Dance of Hell’. I know it doesn’t actually dance but that’s still a beautiful name. When you have to share evil screentime with Myotismon, Etemon, and the Dark Masters, it’s not hard to understand why many people forget the very first villain of Adventure, Devimon. He did his job of being the starter villain on File Island but did leave much of a mark beyond that.

But Devimon has since received a buff in the form of a new evolution with NeoDevimon. Not only does he look scarier but he also extenuates parts of Devimon’s uncanny designs like the creepily long arms that go down to his feet. He really looks like a Devimon who’s not fooling around and the designer likely knew this since Devimon was finally able to evolve into him in Adventure (2020). Now if only Devimon wasn’t an even more shallow character compared to his 1999 original. What, another dragon knight Digimon, don’t we have tons of these? Well yeah but there’s a lot special about Hexeblaumon. Most of the dragons and dinosaurs in Digimon breathe fire, but Hexeblaumon and his digivolution line are ice dragons giving them a more unique identity.

There’s not a lot of ice-based Digimon in general so seeing such as a strong and badass looking mega using the element is very much welcome. I especially like his weapon, a flag made with a sheet of snow, it has a regal sharpness to it that adds to the ice motif.

Well those are just seven Digimon that we think should get more attention but of course, there can always be more Digimon that deserve some love. Hopefully, we’ll see some of these ideas guys in more Digimon projects sometime soon, perhaps even in Digimon Survive. What are some Digimon you feel are underrated?

The Quarry Preview – Panning for the specks of gold

The Quarry Preview - Panning for the specks of gold