The collaboration will happen at the end of the month on 30th April 2021. As there is only a Japanese version of the game currently available, English speaking fans will just have to keep their hopes up.

For those who are playing the game, a login bonus campaign will reward players simply by logging in. Log into the game between 30th April to 14th May to get quartz and 10x free gacha tickets. Furthermore, players are guaranteed a ★3 character by pulling with 10x free gacha tickets once the event goes live. 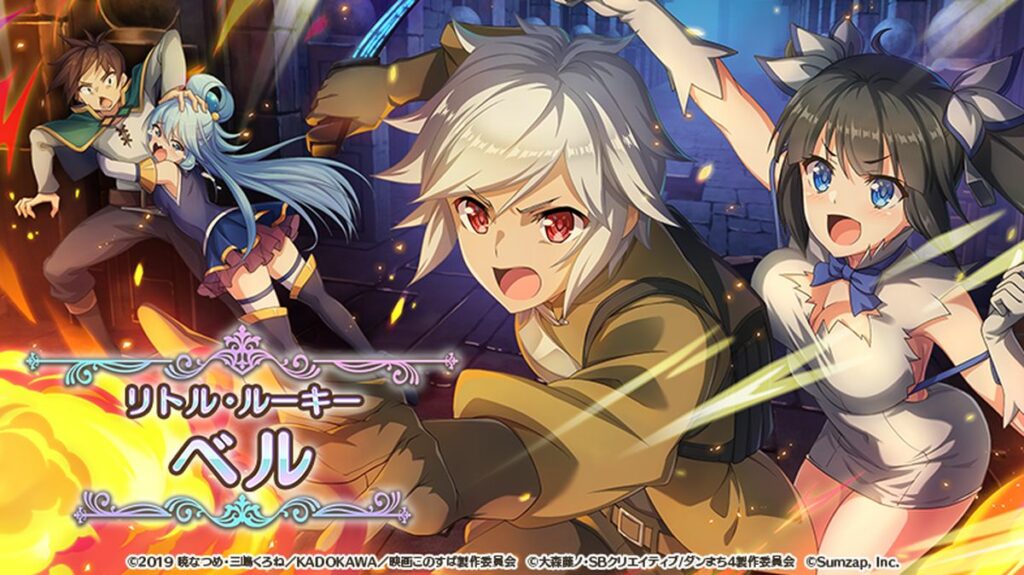 The event banner will feature Ais, Aqua, and Darkness. Aqua will appear in a Hestia costume while Darkness will be in Ais’s attire. 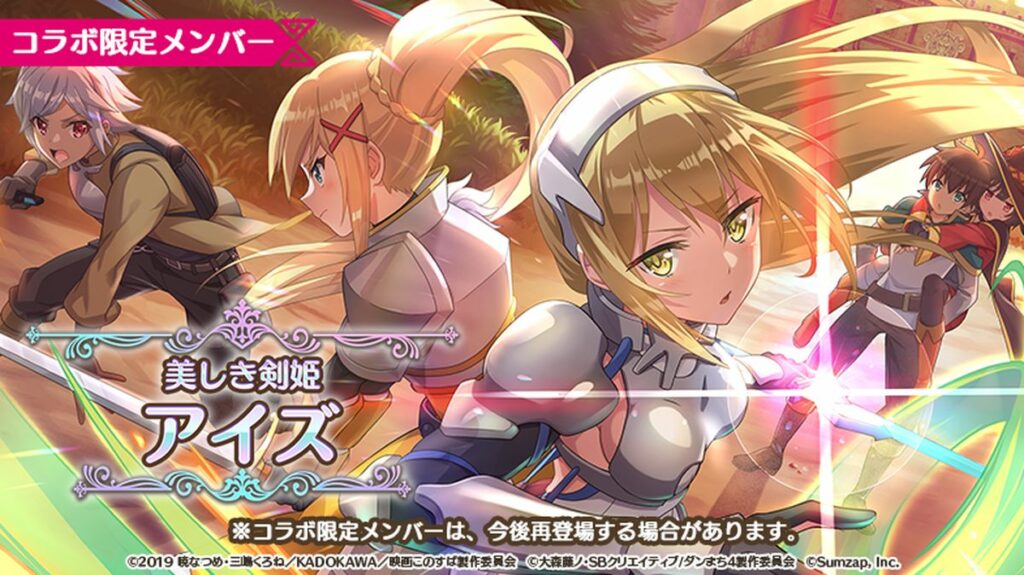 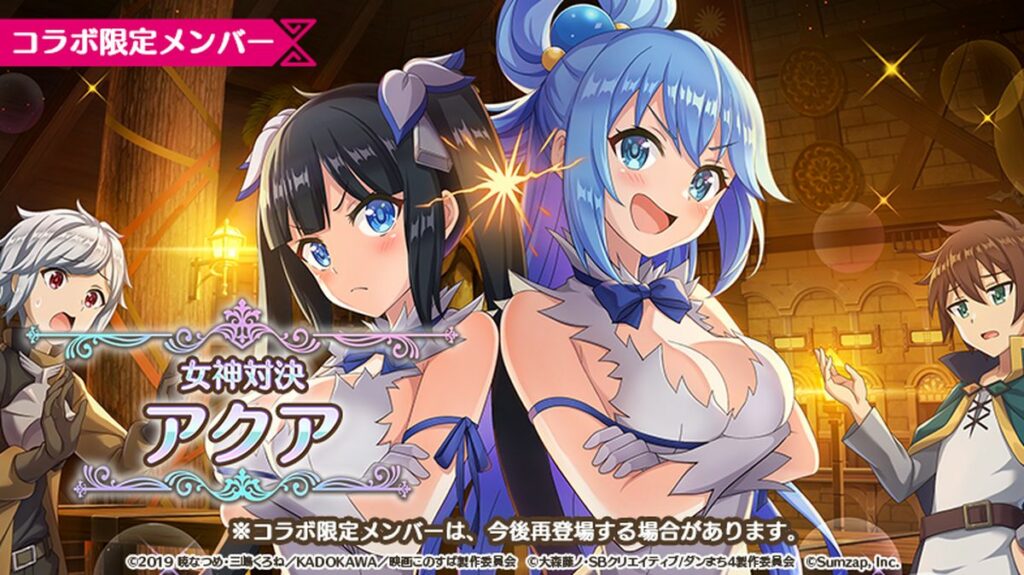 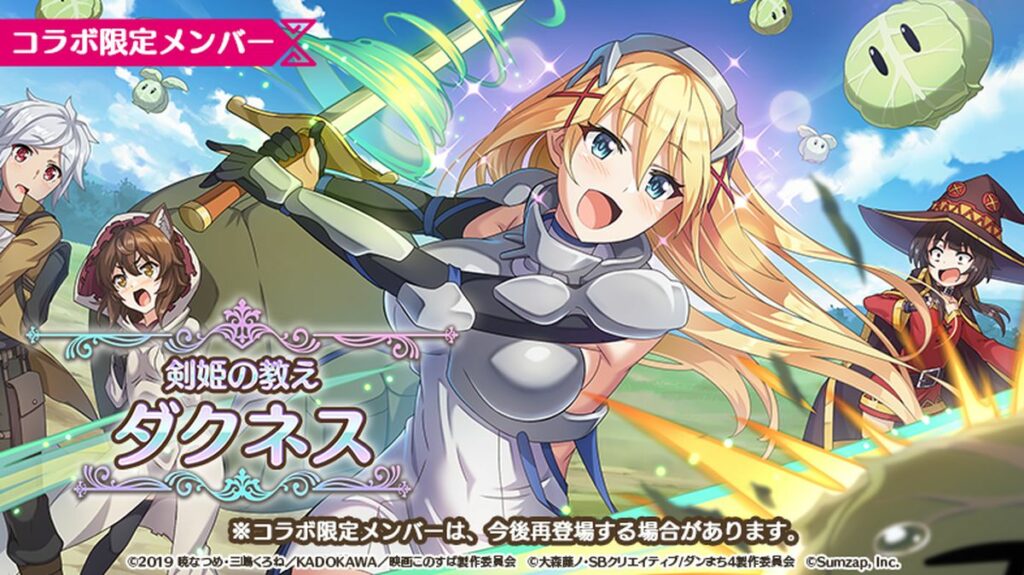 For those who are unfamiliar, KonoSuba: Fantastic Days! is a mobile game based on KonoSuba: God’s Blessing on this Wonderful World! which originated as a light novel that went on to spawn two anime seasons. DanMachi, on the other hand, is the Japanese shorthand for Is It Wrong to Try to Pick Up Girls in a Dungeon?, another light novel title that also had an anime adaptation.

Tags: DanMachiIs It Wrong to Try to Pick Up Girls in a Dungeon?KonosubaKonosuba Fantastic DaysKonoSuba: God's Blessing on This Wonderful World!Sumzap
ShareTweetShareSend
Previous Post