Here’s All The Monster Hunter Rise Announcements From TGS 2021

Monster Hunter Rise had a ton of smaller announcements for the game at TGS 2021, including new Collaboration Quests, as well as a sneak peak at the upcoming Sunbreak expansion. The first of these was the announcement of the next Capcom Collaboration, featuring Arthur from the Ghosts n Goblins series. Similar to the Akuma collab, Arthur will be available as a layered armor, with the hunter’s Kunai being replaced with spears from Ghosts n Goblins. He also changes up the hunter’s animations, more closely resembling the running from the original game.

The Ghosts n Goblins quest will be available from 29th October 2021.

They also announced a Sonic the Hedgehog collaboration, but details on those were sparse. These were to celebrate the character’s 30th anniversary. Considering you could get Sonic-themed armor for your Palico in Monster Hunter 4U, it’s hard to not think the collab would be in a similar vein. 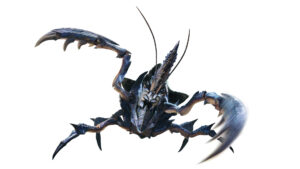 Despite promising more information about Monster Hunter Rise Sunbreak at TGS 2021, they didn’t give all that much. We now know the name of the flagship for the expansion- Malzeno. They also revealed which “historic” monster would be returning to the game, Shogun Ceanataur.

Nothing else was announced for the expansion, though we can expect more information closer to the game’s projected release date of Summer 2022.

Monster Hunter Rise’s PC port has a release date, with the game launching on January 12th. A free demo will be released on October 13th. You can read about that here.