Halo Infinite Has Finally Got A Release Date

At Gamescom 2021, it has been announced that Halo Infinite has finally got a release date. It will be released on December the 8th this Fall. Right before Christmas. We’ve also got a new trailer for the game’s multiplayer and a new limited edition controller.

With that said they’ve also confirmed that Halo Infinite will launch without campaign co-op or the Forge map-building mode, with the former set to arrive in Season 2 and the latter in Season 3. 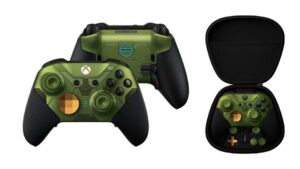 There will also be a new limited edition Halo Xbox wireless controller based on Master Chief’s iconic armor. It will be released on the same day as the game. It also comes with an exclusive in-game weapon charm for Halo: Infinite which you’ll receive when that game launches.

The game was originally planned to be a launch title for the Xbox Series X/S but was delayed due to graphical issues, which were then turned into memes by the internet.

Halo Infinite will launch on December 8th for Xbox Series X/S, Xbox One, and PC. It’ll also be available for free on Gamepass from day 1.

Marvel’s Midnight Suns is a new release from XCOM developers