Life is full of uncertain things. The release of a new FIFA, however, is not one of them. Every year we’re treated to another iteration of the popular football game, though there’s always a few bells and whistles to keep the game different. With the new FIFA 21, fans can play the most up-to-date version of the annual release, complete with new features. It also boasts a large roster of Football players from various leagues, as well as a variety of modes. 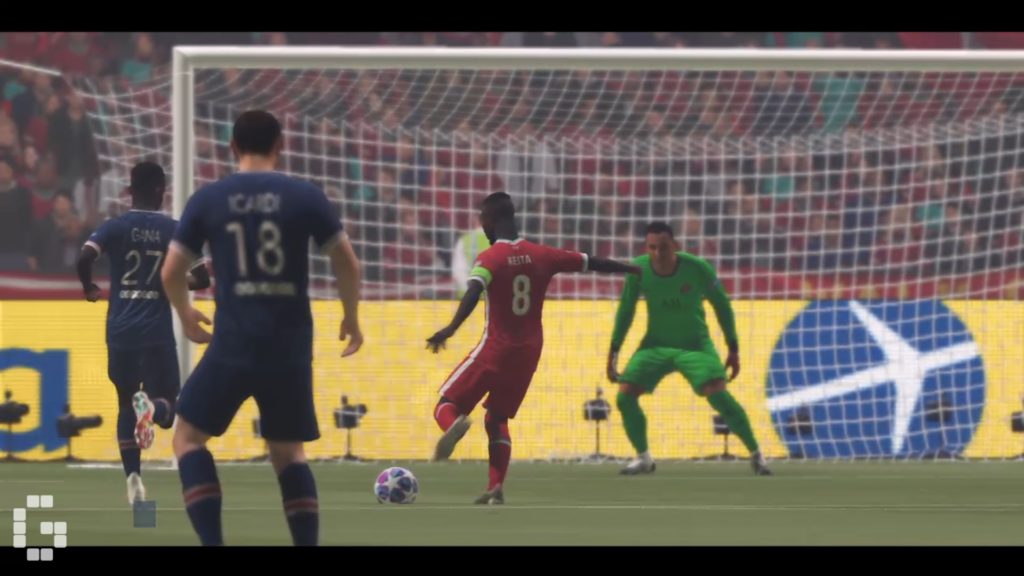 The Quality You’d Come To Expect

Naturally, FIFA 21 looks great. On the pitch, screenshots of the game can look straight like a shot out of ESPN, at a first glance. Unfortunately, a lot of the animations tend to only be scaled for that distance, and sometimes players can look a little uncanny valley. It’s not the end of the world, especially since it’s not better than previous FIFA games.

At its core, FIFA 21 plays largely the same to its predecessors. You’re still controlling your team of 11, and you’re still getting passing the ball between you to kick into goals. It’s a tried-and-true formula that works, and makes for some fun afternoons.

That being said, the gameplay is definitely a shift in gears from the slower-paced FIFA 20. It’s not all about mashing buttons, though, as the faster pace also demands a more strategic playstyle. The game has various features that allow for both more elaborate plays, without demanding too much from the player execution wise. One of the ways they’ve done this is by improving offensive options in the game. For example, they’ve made the dribbling much more focused on agility, with two new dribble methods to get you out of sticky one-on-ones. It really helps the players feel more agile, and the extra options are also add more depth to what would otherwise be simple choices.

Moreover, FIFA 21 has a much larger emphasis on positioning than its predecessors. Rather than moving every player to make your plays, you can now instruct them while staying on your player of choice. This lets you set up bigger plays, without having to fumble between too many players. Alternatively, you could also use this to fake out opponents, who might take the bait and chase after players who run off.

On top of that, giving orders to your teammates doesn’t cause you to shift characters. This player lock is really helpful, since it prevents you from getting lost in the sea of players. It works more than one way, too- you can control a player, move them somewhere clear and signal the AI to pass you the ball. This 1.5 player control really opens up your ways to play, and should be a welcome addition for more advanced players.

Even if you’re not the super tactical type, the game’s AI has you covered. The in-game AI is vastly improved, with players reacting in a way that feels a lot better compared to previous games.

A lot of this AI behavior is tied to player ratings, though, so you’ll want to take note of your players when trying to make the big plays. Lower-rated strikers, for example, are way more likely to be caught offside than their highly-rated counterparts. 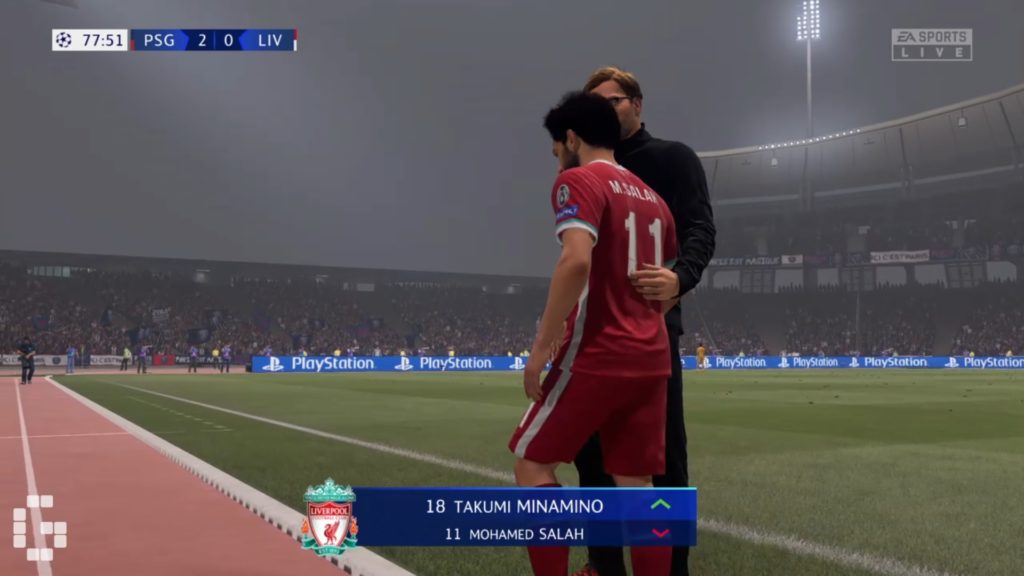 Putting Your Money Where Your Mouth Is

Self-proclaimed Fifa Gods have access to an all-new mode to flex their skills. The new Ultimate Mode is the hardest FIFA’s ever been, with AI teams doing complex skill moves that would make even the most skilled FIFA players blush. This is a great mode for either the FIFA masochists, or people who want to improve, since this is the height of challenge for the game.

Outside of the regular and Ultimate Modes, there’s plenty more ways to enjoy virtual soccer. These modes cater to all sorts of engagement levels, from people who’d rather play with partial involvement to people who want a faster-paced experience.

The first of these modes is the Career Mode. This mode feels way more at home with players who’d rather handle the management side of the game, but still enjoys the high-adrenaline moments. Similar to last year’s Career Mode, pre-match press conferences have returned, so you can roleplay your team to your heart’s content.

In this mode, players can sit back and let a match play out on its own. However, they can also step in at critical moments to give their teams victory. This is pretty good for people who don’t really enjoy the downtime of whole matches, and would rather just assume control as the match needs it.

This mode’s also good for the RPG maniacs, since you can monitor your team’s growth after every match. Your players will also have a new stat, Match Sharpness. This stat tells you how well a player is going to do in the match, and maintaining it is going to be important for your team’s success.

You can raise Match Sharpness via the game’s own Active Training. This lets you train your team via several minigames, such as passing and shooting. While the activities raise the players’ Match Sharpnees, you’ll want to look out: they also eat away at player stamina, so be sure to manage your team’s time wisely.

This game mode doesn’t just require you to be a football manager, however. Rather, the game requires you to be a good football manager. Rather than simply sending your team out for games, you’ll have to actually manage their well-being.  You have to balance out the players’ morale, sharpness and fitness if you want them to perform well.

Career Mode also has options for how you want to play. Players can set up a more authentic experience, enabling “Realistic Transfers” as well as financial takeovers. Aside from couch versus, this is definitely one of the star modes of the game.

It’s All About The Volta

For those who don’t like big stadiums and official-looking events, you can also take your game to the streets. Similar to previous FIFAs, the game gives you an option to go old-school with FIFA Volta, a street soccer mode based on 2005’s Fifa Street.

This mode is a really fun mode, especially if you find the large teams of regular FIFA daunting in its number of people to manage. Instead, Volta follows Futsal rules, where you can play with up to teams of five. The game’s Volta Squads feature allows you to team up with your friends, or have them be AI-controlled.

For Volta, you can customize your own avatar. Playing through Volta will also give you plenty of rewards, such as new locations and growing your squad.

The Debut also acts as a story mode for Volta, so players can be even further invested in their Avatar. Gameplay wise it plays more like a tutorial for the mode, which is good since that’s where most players are going to start their Volta journey. Since we played a pre-release build of FIFA 21, we didn’t really get to try out the Ultimate Teams mode. Even without that, it seems like the game is definitely a step up from its predecessors.

It’s got interesting enough mechanics, and the different game types are a definite plus since you can play FIFA even if you’re not in the mood for a full game of football. It’s also on pretty much every mainstream console, and will even be making the next-gen jump next month when the PS5 and Xbox Series X come out.

If you like football, it’s definitely one to pick up. EA SPORTS™ FIFA 21
Publisher: EA
Developer: EA
Release Date: 2020-10-10
Microsoft Windows, Nintendo Switch, PlayStation 4, PlayStation 5, Steam, Xbox One, Xbox Series X
Football is back with EA SPORTS™ FIFA 21, featuring more ways to team up on the street or in the stadium to enjoy even bigger victories with friends.
Give us some support by subscribing to our Youtube Channel !
Tags: EAEA Sports FIFA 21FIFA 21
Previous Post

If My Heart Had Wings Gets Physical Switch Edition

If My Heart Had Wings Gets Physical Switch Edition