Further details have been released for the FFVIIR Intergrade and its accompanying Yuffie episode. Some of the details on Intergrade were already revealed prior during the last State of Play. The upgrade will be available on the PS5 come 10 June 2021.

The PlayStation 5 version features improved textures, lighting, and background environments. Additionally, new elements, including the ability to switch between two game modes: “Graphics Mode,” which prioritizes 4K high-resolution graphics, “Performance Mode,” which prioritizes smooth action at 60 frames per second, a “Photo Mode” that allows you to capture your memorable moments in-game, and a new episode featuring Yuffie. If you own the PS4 version, you can upgrade it for free on the PS5, while Yuffie’s episode is a separate purchase. PS4 save data can be carried over. Meanwhile, the story for Yuffie’s episode is given as follows:

Amidst the confusion of Mako Reactor 5’s destruction, Wutai makes its move on the city of Midgar.

Yuffie and her partner Sonon, two elite ninja operatives for the Wutaian government, have been assigned a dangerous mission: to steal the Shinra Electric Power Company’s most powerful materia. Together with Avalanche HQ’s support, they cross behind enemy lines to reclaim their homeland’s former glory and exact revenge long in the making.

Unbeknownst to Yuffie, however, the wheel of fate is turning, and unforeseen consequences await. Yuffie Kisaragi is member of Wutai’s elite corps of ninja operatives, Yuffie styles herself as both a ravishing beauty and a world-class materia hunter. Using her signature oversized throwing star and exceptional agility, she is a force to be reckoned with. Determined to reclaim her homeland’s former glory—and acting on orders from the government—she sneaks into Midgar. Accompanying her is Sonon Kusakabe, a warrior hailing from Wutai who trained under Yuffie’s father. He experienced the devastation wrought by his country’s war with Shinra, and as a result, harbors a deep resentment for the company. He has been assigned to accompany Yuffie as she infiltrates Midgar—essentially making her his boss. Thankfully though, his serious, grounded nature is the perfect foil for his partner’s eccentric personality. 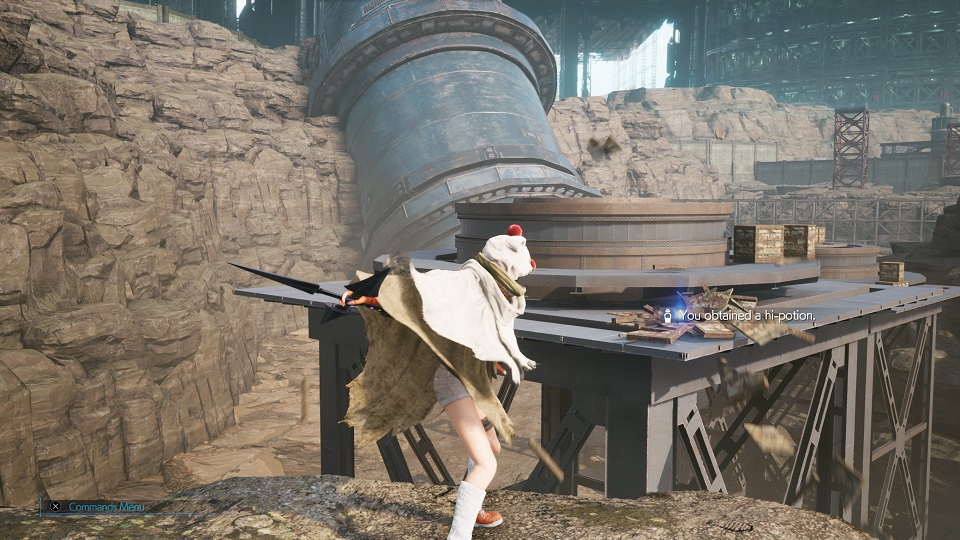 The new episode will consist of two chapters of the dynamic duo’s adventure, with the help of Avalanche HQ to steal the ultimate materia from the Shinra Electric Power Company. Yuffie is proficient in both close combat and ranged with her shuriken and repertoire of ninjutsu attacks. Besides that, Yuffie can also interact with the environment using her shuriken, smashing boxes or flipping switches from a distance.

You can learn more about it here.