Burger King Japan is having a collaboration with Diablo Immortal, where you can chow down on themed food and vaguely relax in hell. The special menu item, a “Diablo Garlic Double Cheeseburger” will be available nationwide at 1390 yen for a la carte, and 1690 yen for a set. The collab will be available until 29 September 2022.

If you wanted the Diablo Immortal decor, you will need to visit the Burger King at Akihabara Showa-dori area, fittingly located in the basement floor. 4gamer describes the collab burger as a hearty meal of two extra-large beef patties, four slices of cheese, and an extra spicy sauce with the garlic flavouring mixed in. Ordering the burger (either a la carte or set) also gets you a pack of wet wipes with Diablo on it, because of course. 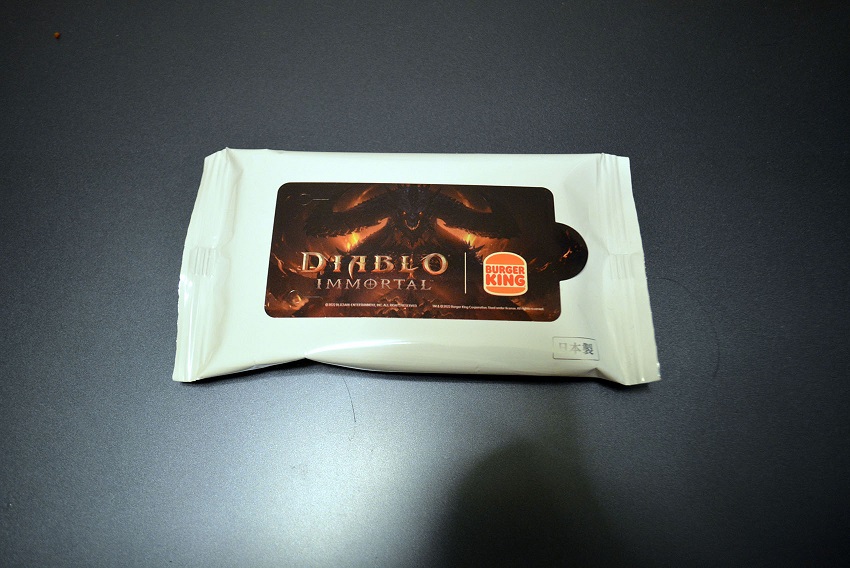 On 29 September itself, the installation is set to remain open until 14:00 JST. There’ll be game music in the background, artwork of the characters and bosses adorning the walls and an honestly nightmarish setup of marble and tiles. As for the game itself, it’s currently in Season Four of its Battle Pass with the associated free and paid track rewards, cosmetics, and a variety of smaller events to get even more goods.