Popular shounen manga and anime series Bleach is getting a mobile game adaptation with the title Bleach: Eternal Soul.

The game will release on Android and iOS devices in Southeast Asia later this year in May. Currently, the game is available for pre-registration on the Google Play Store and pre-order on the Apple App Store. Hong Kong-based video game publisher Efun will be publishing the game to this region. Mobile gamers may recognise this company as the same publisher for mobile MMORPG title Master Topia. 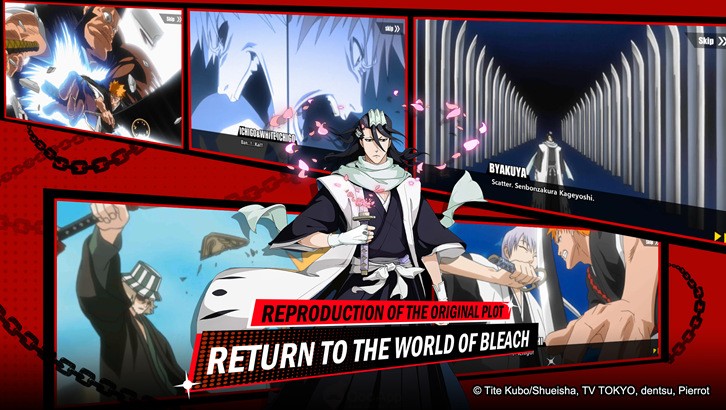 Based on its Play Store description, the game will adapt Bleach‘s plot. Players will be able to relive moments such as Ichigo’s encounter with Rukia, invading Hueco Mundo and other moments in the series. Eternal Soul also appears to be a gacha game as seen in the image above. Players will be able to recruit and form their team comprising of Shinigami, Arrancar and other Bleach characters of varying rarity. In addition, the game will let players experience many iconic moves from the series such as Ichigo’s Getsuga Tenshou and Hitsugaya’s Hyorinmaru. The Play Store page also claims that combat will include a QTE system. Furthermore, team formation will also be a factor in combat. Depending on your party composition and placement, your characters may receive various boosts. Finally, fans of the anime will be pleased to discover that many of the anime’s voice cast will return to reprise their roles in the game.