[APGS] How Xbox Markets To Players With Options

In today’s Xbox session at Asia Pacific Games Summit, the company talked about how Microsoft’s entire strategy this generation is built around serving customers with better options.

Rod Chang, Head of Gaming Partnerships in Asia delivered a 15-minute address, where he highlighted how Microsoft makes every choice to give players options, leading to their large growth in Europe and The US.

He did this at the Asia Pacific Games Summit Online talk, which featured other industries such as Shinji Hashimoto from Square Enix. The first way they did this was with the flagship consoles, the Xbox Series X and Xbox Series S. With two separate price points, the consoles allow players the option of choosing a larger more powerful console or a smaller more economic one, without having to miss out on any games between the two. 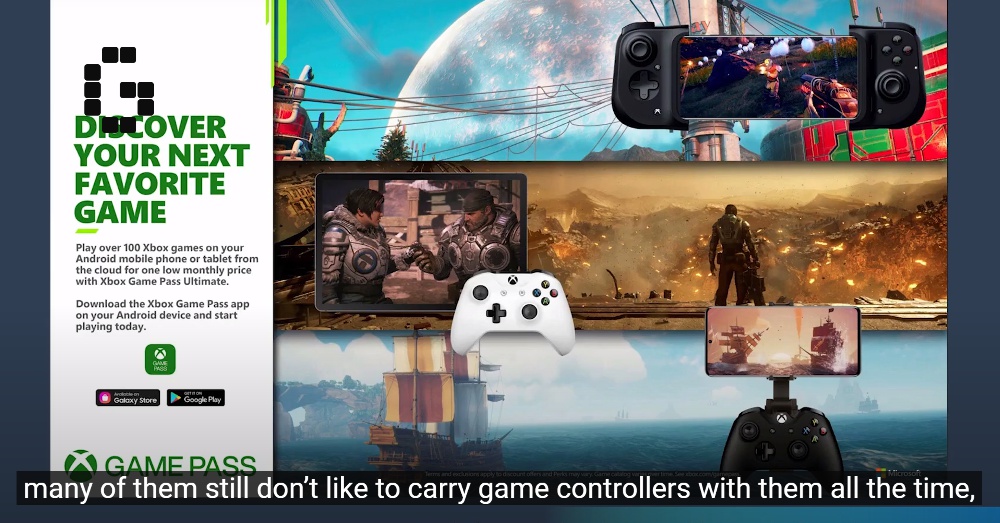 He also mentioned the importance of Xbox Game Pass– the gaming subscription service which allows players access to a huge library of first-party titles, as well as participating third-party games. He mentioned that even EA had jumped on board, with many of the publisher’s titles being available on Game Pass.

But what of players who wanted to play on the go? According to Rod Chang, that’s where Xbox provides options using xCloud, the premium service that lets you stream console games on your mobile device. Naturally, most of these games were designed with controller support in mind, so you’d need to either connect your Xbox controller or one of the third-party mobile controllers like the Razer Kishi. Chang says however, that there was a growing need for people to be able to play their games on their phones without carrying a controller everywhere.

As a result, xCloud supports a virtual touchscreen controller, which Chang says is much more popular due to the convenience of being able to play without a controller.