SoulWorker Academia has launched in South Korea via YJM Games. As its name suggests, it’s part of the SoulWorker game universe that launched on mobile July 2020, while also being available on PC worldwide since 2018. The base SoulWorker game is an anime-styled MMORPG, with the international version published by Gameforge. The story for the base game is given as follows:

Night is closing in on our formidable heroes. The enemies from forbidden void are getting stronger than ever. The SoulWorkers looked deep into the source of their powers in search of a supreme weapon. In their souls they found a previously unknown ability to unleash destruction upon their prey: Awakening Desire. With this newly discovered power source, the children of the void are now stronger than ever and may stand a fighting chance against their strongest enemies yet.

SoulWorker Academia remains an online MMORPG, but one that introduces other content like dormitory life, club activities and part time jobs. The characters are basically still kids after all, super-powered ones or otherwise. It took quite a while for international players to get the original game, so be prepared for another few years wait before you can try out the game in English. You can check out its official website here. 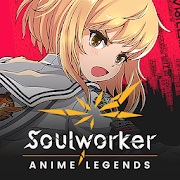