We recently got the chance to try out the various multiplayer modes available in an early build of Call of Duty: Vanguard ahead of its launch.

The multiplayer experience of Call of Duty: Vanguard is aimed at making players feel like the original special forces that originated back in World War 2. The game promises 20 multiplayer maps at launch.

Besides the standard multiplayer maps and modes, one particular game mode in Call of Duty: Vanguard which stood out to us is Champion Hill.

“Your team has a whole bunch of lives. Lose all your lives, and you’re eliminated. Last team standing wins.” – Captain Butcher

Champion Hill is basically a mini-tournament mode where players fight against each other in a round-robin format. Despite the name, there is actually no ‘hill’ on the maps.

In Champion Hill, 8 teams compete against each other rotating around different maps in each round. Players can compete in Trio (3v3), Duo (2v2) or Solo (1v1) mode, with the latter only being available at launch. During the hands-on session which we took part in, we were only able to play Duo mode, which has each team compete in pairs.

In Duo mode, each team has 12 lives. The last surviving team that still has lives, wins. Lives carry forward from previous rounds. Every time a player dies in their team, they will respawn at the cost of 1 life. When the team’s total lives reach 0 and all team members can no longer respawn, the team is eliminated. Each round has 60 seconds. When there are only 2 teams left, the rounds last 120 seconds. When we first start Champion Hill, the game puts us in the Buy Station Area. The disembodied voice of Captain Butcher will explain the rules. At the Buy Station Area, we cannot damage other players—we can only buy weapons, perks, equipment or streaks.

Each player starts with $500 Cash. Other than buying new stuff, we can also upgrade our weapon by pressing right on the D-Pad (PS5 controller). Weapons can be upgraded 3 times, each time more expensive than the last. When upgraded, the weapon gets a few new attachments that the game already pre-selected. For example, the BAR always gets a scope on the first upgrade—the player cannot manipulate which attachments they want in any way.

We had a lot of ways to earn Cash. There are Cash pickups on the map. Killing another player also gives us Cash. Also, there is an extra life pickup on each map that is located at a hazardously open position near the centre of the map. Collecting this extra life pickup when life is at max will reward the player with bonus Cash. Another way to get Cash is to win rounds. Each round when we fought another team, the team that kills more enemy players wins that round. The winning team gets $1,000 Cash for each member.

With the Cash we earn, we can upgrade our weapons at any time, even in the middle of a round when the enemy is shooting at us. The only other time we can spend our money is during Buy Round.

Every few rounds, there will be a Buy Round, where all surviving teams are placed at the Buy Station Area for a limited time. There, players can spend their Cash to buy whatever they want. Because there are only 8 teams, when a team (or more) is eliminated, there will be an odd number of teams. As such, the odd team out get to enjoy Bonus Buy round. Basically, they get to relax at the Buy Station Area and not worry about losing any lives. The game determines the pairing between teams for reach round, so which team gets to have Bonus Buy round is completely based on luck.

With enough Cash saved up, players can buy some incredibly overpowered items during Buy Round. For example, Extra Life helps the team survive longer while Spy Planes help to reveal enemy player positions in the next round (assuming they do not have the Ghost perk). The most overpowered and expensive item is the V2 Rocket—whoever buys it automatically wins the next round. Personally, I find Champion Hill to be super intense and refreshing. It’s not like normal multiplayer modes where you can kinda guess who will win 90% of the time halfway into the game. Because there are 8 teams, sometimes the leading team can lose a lot of lives, or another team buys more lives, so it’s hard to tell who is winning. It feels a lot more exciting.

I also like that it rewards playing smart a lot more than normal multiplayer modes like Team Deathmatch. In TDM, you basically try to kill more enemies before they kill you. In Champion Hill, it’s different. Because there are 7 other teams, trying to rush and kill more enemies will usually mean you will run out of lives faster and get eliminated. Champion Hill really taught me to value my life and play it safe, so it feels a lot more painful if I were to die in Champion Hill as compared to dying in any other multiplayer mode in Call of Duty: Vanguard.

In some ways, it also feels like CSGO because of the Buy Round mechanic. I like it because it feels a lot more tactical. For example, if the remaining teams are strong teams with more lives than me, I might buy Spy Plane during Buy Round just so that I know where the enemies are so I can avoid them. When this happens, the other teams in that round will be killing each other, so I might be able to last longer.

If there’s one complaint I have, is that the maps look a bit too similar. They’re all mostly brown. I understand that it’s because it’s World War 2-themed, but I feel like there should be a bit more variety. Hopefully, this is something that Sledgehammer Games can work on over time.

While the explanation for Champion Hill is a bit lengthy due to how new and complex its gameplay is, the rest of the multiplayer modes in Call of Duty: Vanguard will not be as lengthy as they are a lot simpler.

During the early hands-on session that we took part in, we tried 4 out of the game’s 20 launch maps. The cool new feature available for the multiplayer modes besides Champion Hill is Combat Pacing. There are three Combat Pacing options that players can choose from: 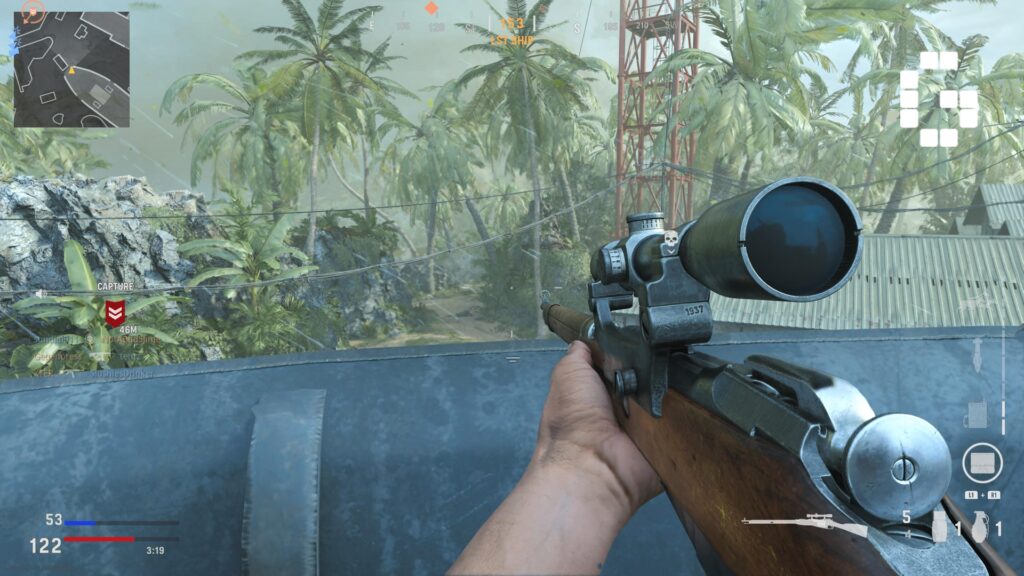 As for the modes themselves, we have modes that will be familiar to returning Call of Duy fans: These four traditional multiplayer modes will return to Call of Duty: Vanguard. There is also a new fifth mode called Patrol which we were able to try out during the hands-on.

Patrol is similar to Hardpoint as players will need to capture and hold the moving zones to earn points for their team. However, the zone in Patrol gradually travels across the map instead of rotating to different positions. Points are earned over time and as a result, the bulk of the action will gradually shift throughout the map as both teams attempt to take over the moving scoring zone for as long as possible.

Personally, I had the most fun out of Patrol compared to my experience playing in the other multiplayer modes. Since everyone taking part in the hands-on are new players to the game, we had no clue where the zone was moving. The zone can sometimes move across vertical obstacles, which meant that the controlling team had to jump or head up cliffs to catch the moving zone. Also, grenades are super fun to use to scatter enemy players huddled up in the zone. Regardless, all four modes that we tried out during the hands-on worked as intended. The maps also felt relatively balanced and there is a good variety, from a snowy town to a tropical beach. The Combat Pacing options also feel varied enough. I especially like Blitz Combat Pacing—with so many players on the map, the battle can get extremely chaotic and fun. It’s also easier to get long killstreaks due to the extra number of potential dead bodies waiting to be shot! Also, note that during the hands-on multiplayer session, there was dismemberment.

Call of Duty: Vanguard will be available on PC, Xbox One, Xbox Series X | S, PS4 and PS5 on November 5, 2021. For more information, visit the Call of Duty website.