Call of Duty: Vanguard is the upcoming title in the Call of Duty series, and we at GamerBraves were able to get a preview of what’s to come.

Developed by Sledgehammer Games, the studio that also made Call of Duty: World at War II, Vanguard revisits the WW2 setting like never before. The game will be available on PC, Xbox One, Xbox Series X | S, PS4 and PS5 on November 5, 2021.

Thanks to Activision Blizzard for inviting us to have an early look at the game.

Fighting on all fronts

Josh Bridge, the Game Director explained that Vanguard will let players experience the world war across multiple fronts, unlike World at War II which mainly focused on the Western Front. It will not be connected in any way to World at War II and merely shares the same time period.

What sets Vanguard apart from the recent titles of the franchise is its presentation. The game will be more brutal than modern Call of Duty titles. Whereas these games focus a lot on professional soldiers with high-tech equipment, Vanguard will be grittier as it tells the stories of ordinary people who had to fight on the battlefield with whatever they had. Bridge also added in the preview that Call of Duty: Vanguard strives to deliver a filmic blockbuster experience. We had a look at some gameplay footage and it definitely looks the part. Some parts of the campaign will also have more open areas for the player to try and survive.

On top of all that, the game will still be firmly rooted in the Call of Duty metaverse, being part of Warzone. While we can only wait to see how the past and futuristic sides of Warzone will merge, we eagerly expect to see how Infinity Ward and Raven Software will pull that off.

The game’s campaign mode looks to highlight how ordinary people are moulded into warriors—the birth of special forces. Players get to experience the campaign across multiple perspectives, playing as characters inspired by real-life soldiers who took part in the war.

The four playable characters, who are also featured on the game’s key visual, are:

The campaign missions sees players taking part in tide turning battles—important events in human history which literally altered the course of the war. From this preview, the campaign mode of Call of Duty: Vanguard is certainly shaping up to be an impactful one. Multiplayer – Be the original Special Forces

Whereas the single player campaign tells the story of how ordinary people become extraordinary, the multiplayer gameplay seeks to deliver a different experience. Here, players are not the green recruit untouched by war. Instead, they are veterans who are ready to fight in the most extreme of situations.

During the preview, various multiplayer modes were detailed for Call of Duty: Vanguard. At launch, there will be 20 multiplayer maps available, 16 of which are 6v6 maps while 4 will be 2v2 maps. These maps will be based on all four operation theatres in the campaign, from the Pacific all the way to North Africa. Gameplay-wise, the multiplayer hopes to shake things up with new ways to play. There will be different options for the pace of battle, ranging from blitz combat pacing to tactical combat pacing. Environments will be destructible and reactive to the player. Many new features are also on the way.

There is also the new Champion Hill mode. While more details for this mode are coming soon, what we understood so far is that this mode appears to be a kind of tournament-based mode. Players will fight in teams across several rounds and maps, with teams being eliminated with the passing of rounds. Last team standing, wins. 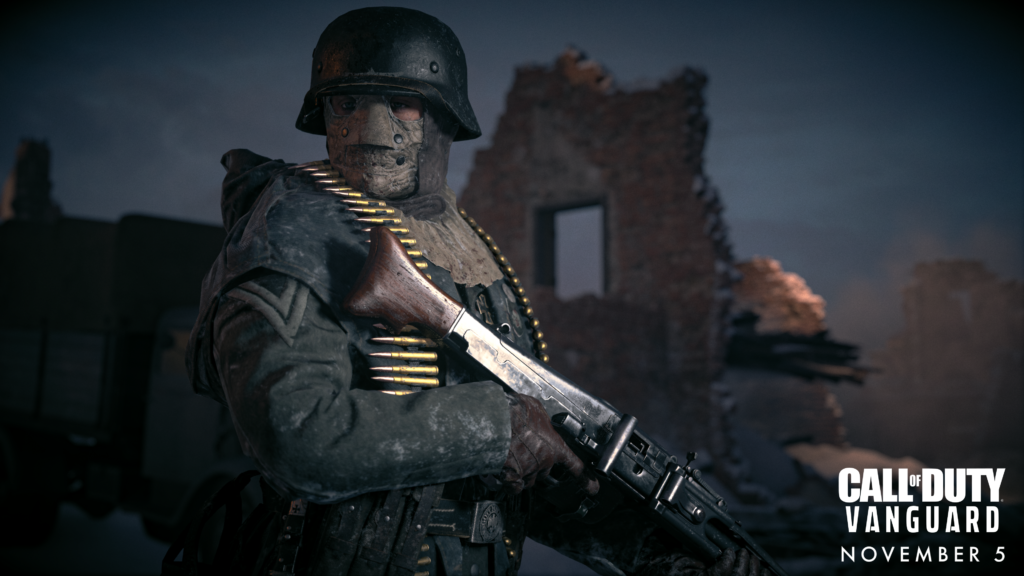 Call of Duty and zombies always feel like they were made for each other. Thankfully, we found out in the preview that Vanguard will continue the Call of Duty tradition of having Zombies mode. The Zombies experience will be developed by Treyarch, and will actually fit into the game’s lore by serving as the prologue to the Zombies mode in Call of Duty: Black Ops Cold War.

Warzone will also be an integral part of the experience as mentioned earlier. The reveal of Vanguard is in Warzone, in the battle of Verdansk. Raven Software will be leading the development for a new map in Warzone based on the game. Call of Duty: Vanguard definitely shows quite a bit of promise. While multiplayer is always a fickle and ever-changing environment, the game’s single player campaign does seem extremely solid with a lot of potentially memorable moments scattered throughout.

Personally, seeing more Zombies is always a win. While we personally hope to perhaps see the war from the Axis side, being able to experience the rarely-seen North African campaign also seems to be rather cool.