I’ll say this right now: I have no idea what the Irregular at Magic High School is besides trying out Reloaded Memory and I don’t have the brain space to watch the anime or follow up with the source material. The mobile game itself was supposedly delayed, then not, and now it’s out with some of the usual launch hiccups. Let’s do this.

It sticks to the general series’ aesthetic yes, and I suppose the user interface isn’t terrible. Then we have the 3D models that look fine, with the “guns” they use looking the weirdest to me. I assume plenty of the card art is from the anime which when made into still shots, don’t look that good either. 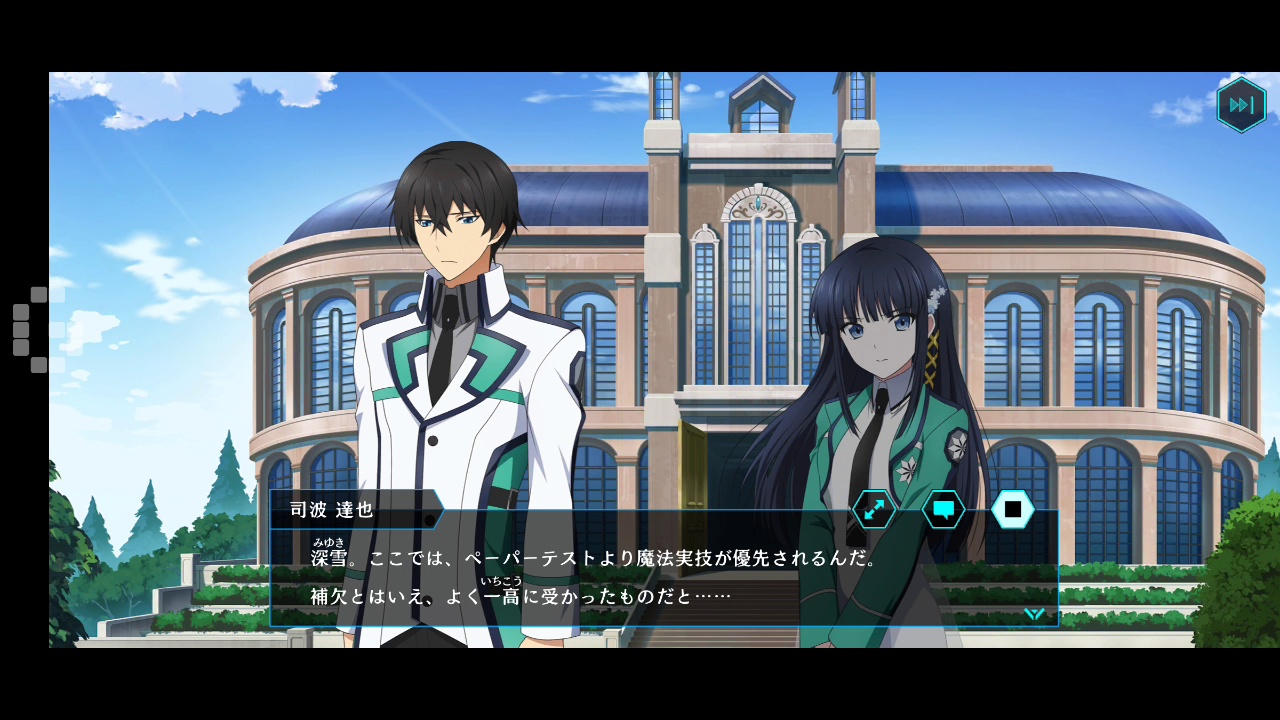 The story probably follows the anime faithfully, with the original character’s story being a separate part rather than being inserted as is into the canon. It’s fully voiced, with 2D sprites getting mouth flaps in way of speech. While the voices and general look is fine, the combat sound design leaves much to be desired, and combat itself looks bland, honestly. 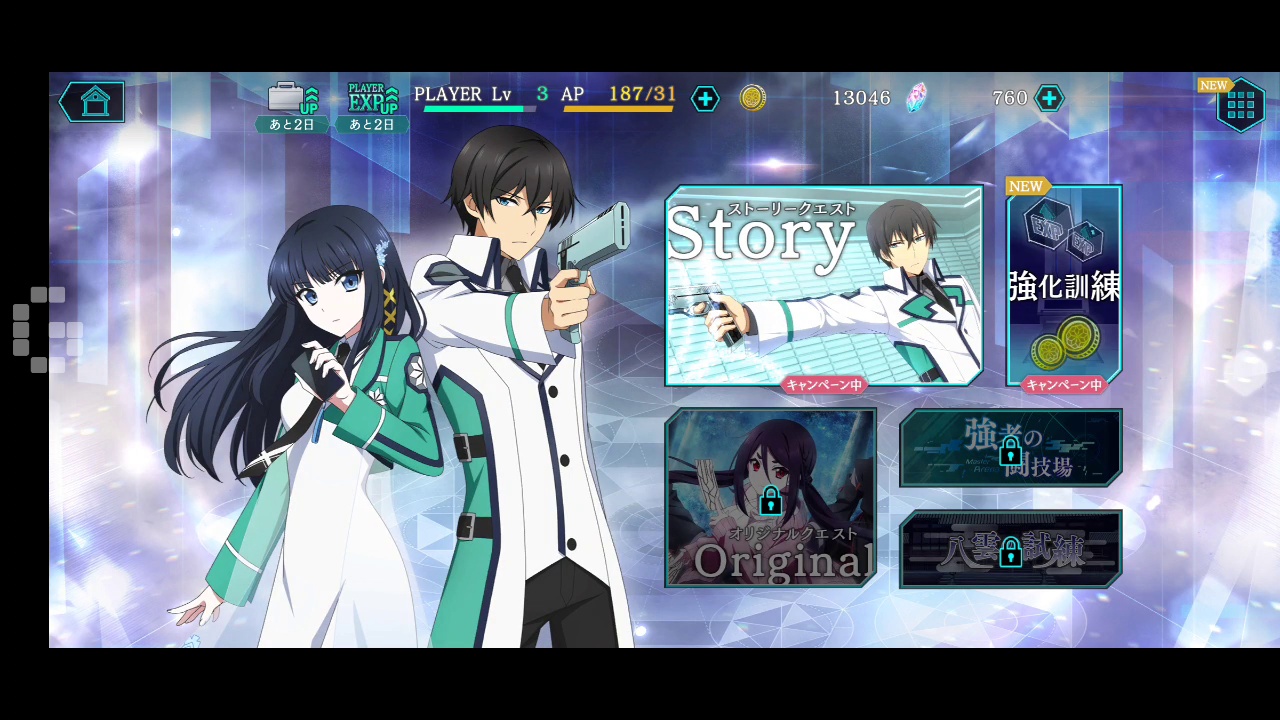 You have 3 characters to a party, with pseudo-real time action combat. By that I mean each character has an ATB bar that fills up and you can tap their commands and have them fire off more or less simultaneously. “Reloaded” looks like a system where your characters get to go fast and pew pew. They also of course have their special attacks. You can set it to auto-clear quests in order though I don’t see an auto-repeat. It could just be the language barrier, but keep that in mind. The highest base star ranking is 4-stars. A unit’s “grade” can be further improved by shards obtained from duplicates, which also subtly changes the art of higher rarity stuff. Besides the grade levels, you can get certain materials to boost their parameters and rank them up as well. The level cap is based on your account level, huzzah.

There’s the usual bond you can raise with the characters as well. There’s an in-built reroll so feel free to go wild with the odds. You’re rigged for at least 1 4-star, though I’m not sure if it’s possible for more. It does not look like there is a spark system, unless I just missed it. This game feels like a quick cash in for an anime because of how middling everything is. It’s got the trappings of a gacha game with all the expected features and nothing that makes it uniquely Irregular of Magic High School aside from how it looks. All I can say is that as a non-fan, this does not inspire me to learn more about the series, so there you have it.