From hero shooters to loot boxes to Tracer's bum, Overwatch certainly made waves when it launched back in 2016

This article on ‘How Overwatch Inspired Modern Live Service Games’ was available earlier through the Gamerbraves Newsletter. Sign up for free to gain access to more articles about news and trends in the gaming industry and community.

With Overwatch 2 recently releasing we thought it’d be an apt time to talk about the original Overwatch and how for better or worse, a lot of the central features of live service games can be traced back to it.

To say that Overwatch had a good launch back in 2016 would be an understatement. The game sold 7 million copies in its first week alone and as of 2022, it had grossed over 50 million USD in revenue making it the 7th best-selling game of all time. Players across the world have united in their love of the game’s world, characters, and fast-paced team shooter mechanics.

With such a popular IP, it’s no surprise that other developers started taking notes on Overwatch and replicated several of its ideas and features in their own games especially when it comes to live service games. Here are just some of the trends set by Overwatch: Overwatch is a hero shooter: a subgenre of FPS games where instead of equipping a single-player character with new guns and upgrades, you choose from a roster of heroes with different skills and weaknesses. This proved to be the core appeal of the game as characters like Tracer, D.VA and Mercy quickly became some of the most beloved characters in gaming, especially in certain corners of the internet (though if anything, this kind of content just made them more popular).

The appeal is very similar to that of fighting games. You have a wide variety of characters in all shapes, sizes, and personalities, representing different groups and cultures from across the world. Chances are even if you don’t like one hero, there’ll be two or three more that you’ll find yourself gravitating towards with new characters regularly being added with new updates.

In the years following Overwatch’s release, we’ve seen even more developers publish their own takes on the Hero Shooter Formula. Since the game’s launch, we’ve seen the release of Riot Games’ Valorant and Respawn Entertainment’s Apex Legends.

Each of these titles is pretty unique in its own right. Valorant was a colorful new take on Counter-Strike-style FPS gameplay while Apex is a free-to-play battle royal. What’s notable about both however is that they brought in the same hero-shooter concept. A large roster of different characters to bring to the front lines. Even Rainbow Six Siege which actually launched before Overwatch has been dressing more of its operators in slightly less militaristic, more colorful attire. In 2018 it even changed its Logo, menus, and key art with a more vibrant look showing the game drifting away from its gritty tactical FPS roots, to a PVP-based hero shooter with characters at the forefront. It’s pretty clear how the times and trends have changed in Overwatch’s favor. One of the most important aspects of any video game but especially live service games is a good UI. When people boot up your game the last thing you want is for them to turn it off again because they got lost in the menus.

Overwatch’s main menu however is pretty direct. The tile-like panels used for the UI are great at catching the player’s eye and making it easy to understand what mode they’re selecting. This allows you to get into each game as quickly and efficiently as possible. 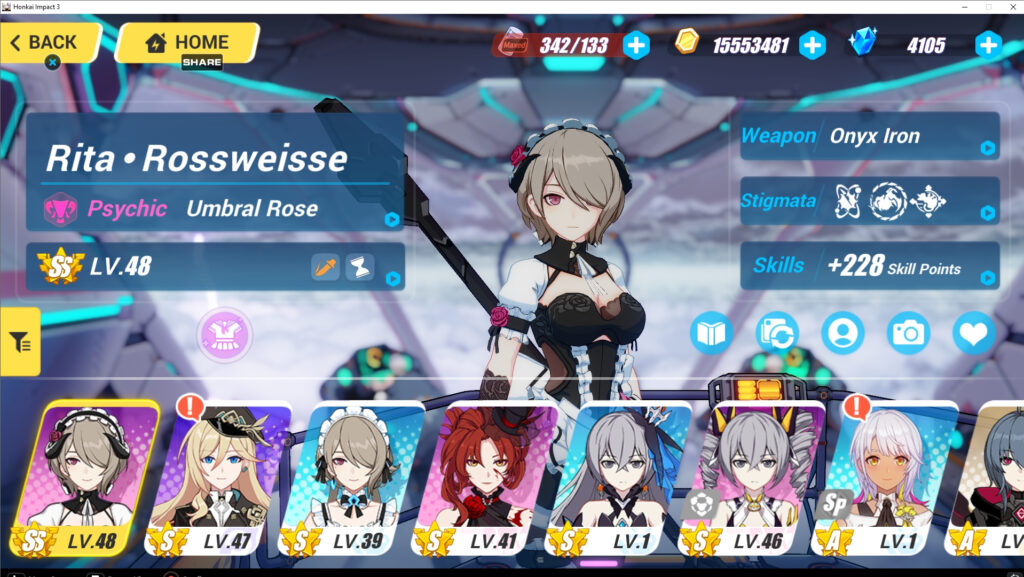 Likewise, other games have adopted a similar style to Overwatch. Honkai Impact makes good use of similar tile menus and character customization screens for its various modes. Even the newly released Splitgate has a similar UI for its ‘Impact Race’ Mode menu showing the tile layout is still going strong. That’s not a bad thing mind you. Menus and UI are a means of getting to the gameplay and if this style of UI allows the game to do that, then its use of nothing but a good thing.

This takes us to the monetization aspect of Overwatch. For better or worse: Overwatch made loot boxes popular. They were the first mainstream game to really have them as a feature. Yes, they’ve been used before but considering just how much Overwatch made from them, it’s no surprise that the game’s specific format for loot boxes is what would inspire their appearances in other titles.

Overwatch’s loot boxes involved a number of skins/costumes given at completely random but with different levels of rarity. It should be noted however that Overwatch’s loot boxes only contained cosmetic items as opposed to previous games that had them like TF2 and CounterStrike which contained actual weapons leading to pay-to-win mechanics. This in turn has led to the most prevalent mainstream defense of loot boxes: they’re ok if it’s all aesthetic items.

Almost every live service game in recent years uses this kind of monetization, from Fifa to Rainbow Six Siege (which added loot boxes a year after Overwatch was released), to the less than steller implementation in games like Star Wars Battlefront 2, where popular characters and play to win mechanics were hidden in the digital treasure chests.

Activision-Blizzard actually removed the loot boxes from Overwatch and has said they will not be included in Overwatch 2. This is because they’re replacing them with a new in-game currency called ‘Overwatch Coins’ have seen a mixed reception. Some players actually prefer the loot boxes as it was easier to unlock them for free compared to the coins. It can be argued that a lot of features talked about in Overwatch were really first used in Team Fortress 2: a hero shooter that has loot boxes (I still remember the hat wars of the late early 2010s). However, while Overwatch definitely shares some elements with Team Fortress, it’s likely no coincidence that so many other games started making use of the live service mechanics that Overwatch brought about after its launch.

The game took everything that worked about previous hero shooters and expanded on it: a fighting game-style roster of quirky characters, an easy-to-understand UI, and cosmetic-only loot boxes.

You may like or dislike different elements of modern live service games but it’s undeniable that these elements were popularized with the unprecedented success of Overwatch. Hopefully, game developers entering the live service genre will learn from the strengths of these features and continue to improve and innovate on them in the future.