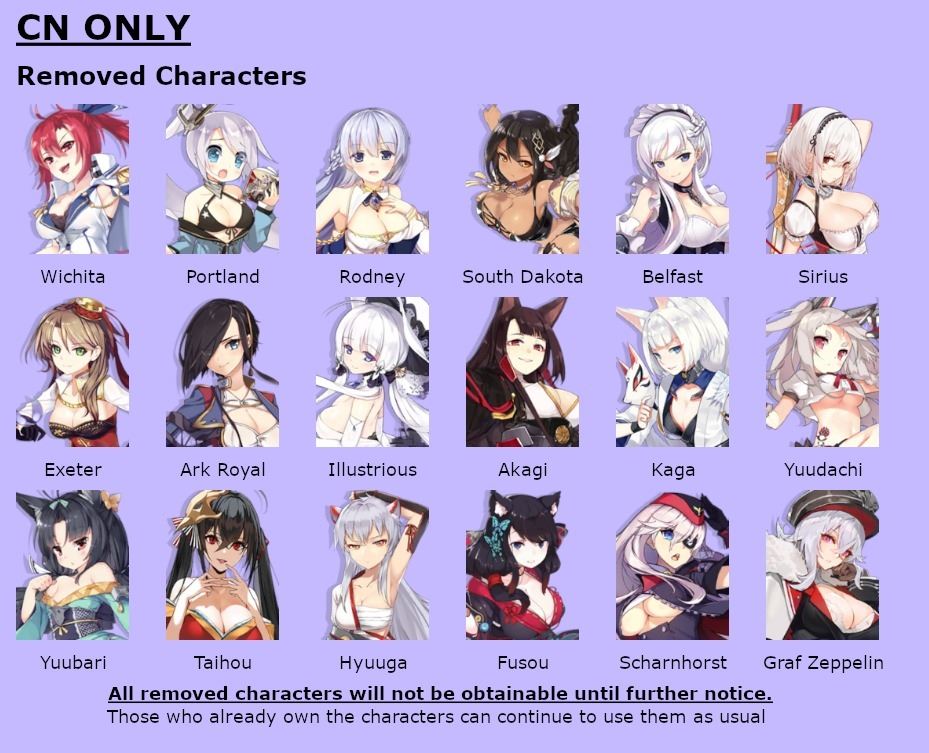 Those who already own these shipgirls will be able to use them normally. Currently, the only way to obtain some of them in Chinese servers is through SSR selectors. Other than that, players in the Chinese server who do not possess these shipgirls in their docks will not be able to get them anymore. It is also uncertain if they will be returning in the future.

This removal is due to the CCP’s crackdown on pornographic content, where it is illegal in the country. While Azur Lane is not a pornographic game, its risque and lewd artwork of some of its characters has resulted in the removal of the above characters. This crackdown also affected fellow Chinese gacha game Girls’ Frontline, where the damaged skins of the characters were removed.

Azur Lane was censored several times in the past, with character art and loading skins being different from the servers in other countries. However, this is the first time characters were removed outright and is understandably a cause for concern.

For players of the global version of the game, this censorship will not affect your gameplay experience. Nevertheless, be sure to hold onto your favourite characters tightly.

Way of the Househusband greenlighted for Part 2 on Netflix