After doing their character reveals, the Identity V / IDV collab with The Promised Neverland will begin today, 23 February. Besides Emma, Norman, Ray and Isabella, Gilda and Don have also joined the cast in their grand escape, or hunt depending on who you ask…

IDV will be running The Promised Neverland collab until 17 March. The Bloody Queen will take on Isabella’s guise, out to chase Emma (The Gardener), Norman (The Embalmer), Ray (The Prisoner), Don (Forward) and Gilda (Mind’s Eye). The event will also have character portraits, crossover graffiti, and exclusive accessories including Ray’s favorite book, Emma’s lantern, Conny’s toy bunny “Little Bunny,” and Norman’s Paper Cup Phone for players to obtain. 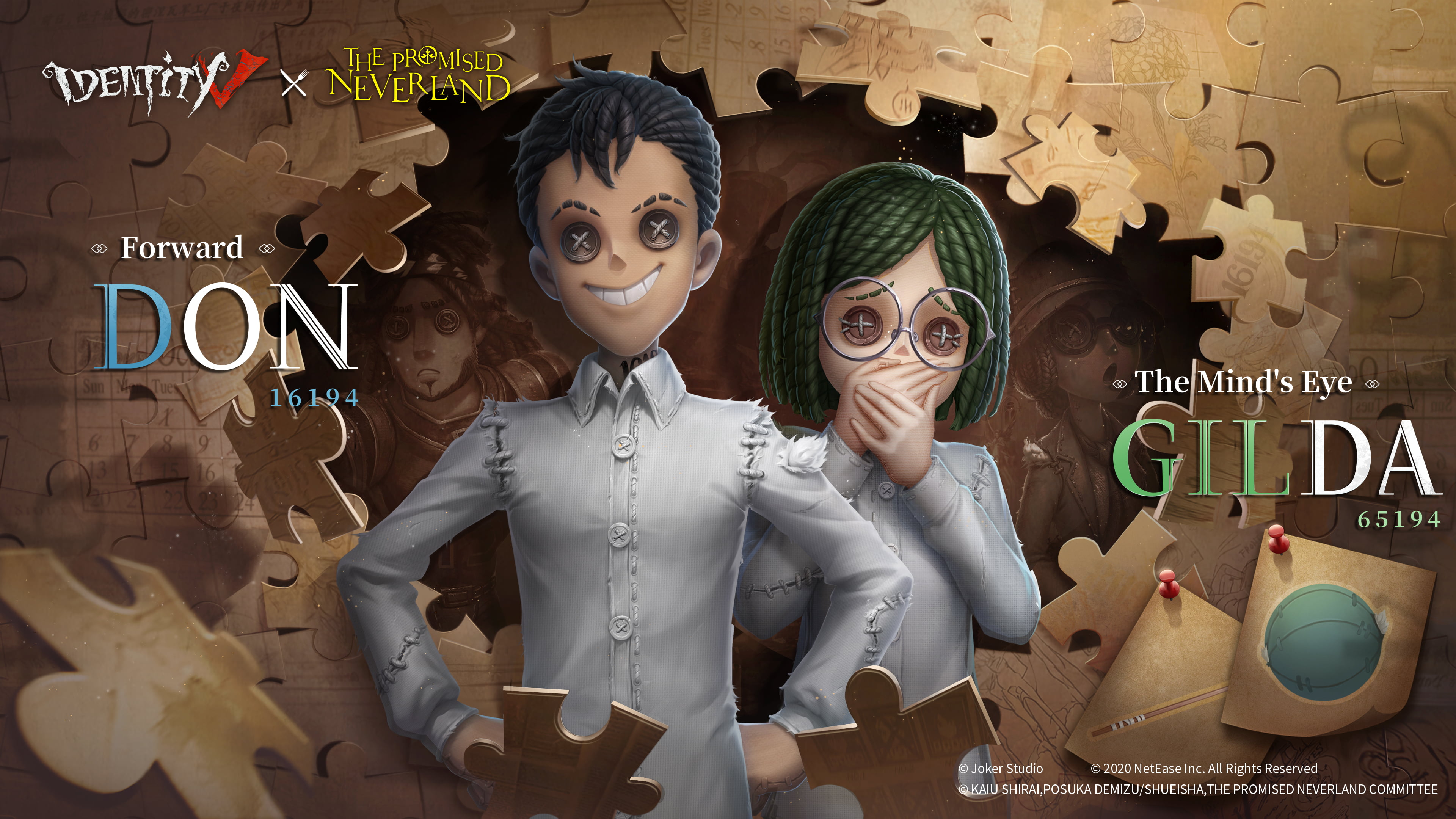 There will be a log in event along with mini-events to get even more rewards! Besides that will also be a Manor Quiz which you can take. Who will escape before getting shipped off?

If you haven’t seen it already, The Promised Neverland‘s anime second season premiered on 7 January 2021, for you to see what Emma and co get into next.