TEKKEN 7 receives their next DLC, with characters Ganryu and Leroy Smith, and the Frame Data Display now available in Patch 3.10. Fahkumram is another upcoming DLC playable character, as well as the New Stage details are also revealed. New techniques and free updates with various additions and adjustments will be rolled out for free from 10 December. Full details are can be found via the official website.

The Tekken 7 DLC Season 3 sees Zafina, Ganryu, Leroy and Fahkumram as playable characters, with patch 3.10 introducing Ganryu and Leroy. Season Pass 3 holders will get an additional bonus in the “Customized Item Set”. 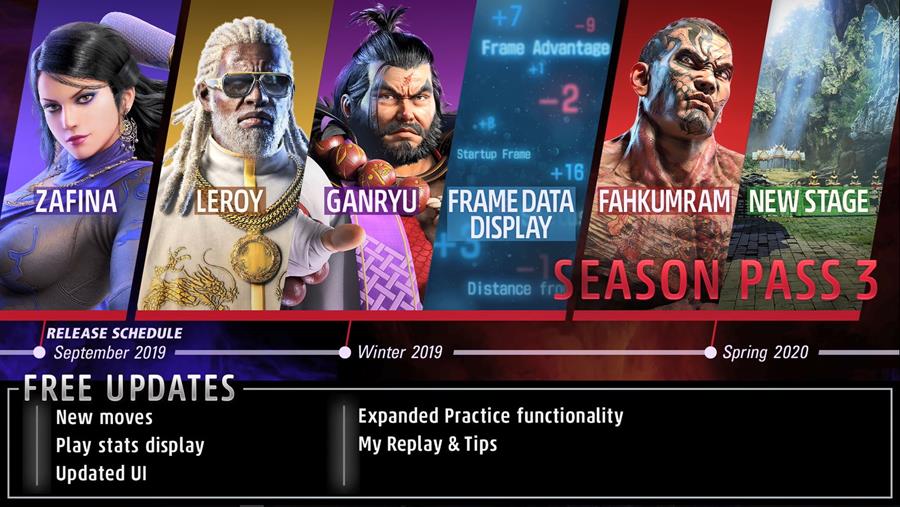 * There will be no stand-alone sales or distribution at a later date. 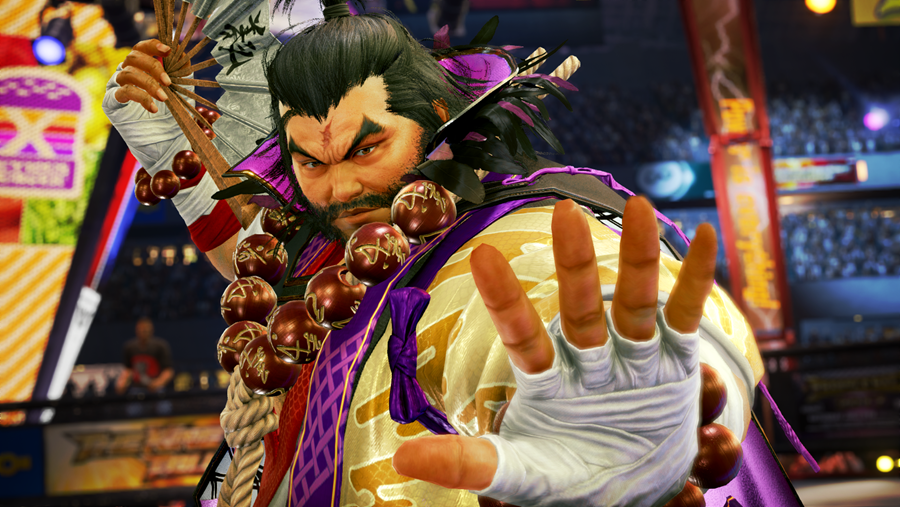 Ganryu entered The King of Iron Fist Tournament 6 to get publicity for his restaurant “Chanko Paradise”. It worked, and he got busy with this newfound success. One day, an online video by Julia Chang caught his eye, regarding a crowdfunding campaign for her reforestation program and was seeing supporters. In his exuberance to support his beloved Julia, he accidentally donated all of his restaurant’s earnings and could not cancel his contribution.
He tried to become an online video personality, but he couldn’t get enough viewers to monetize. Seeing Heihachi Mishima holding The King of Iron Fist once more, Ganryu set to work on creating an extravagant costume to compete in the tournament to once again publicize, himself this time for viewership, while the prize money would instantly solve his problems too. 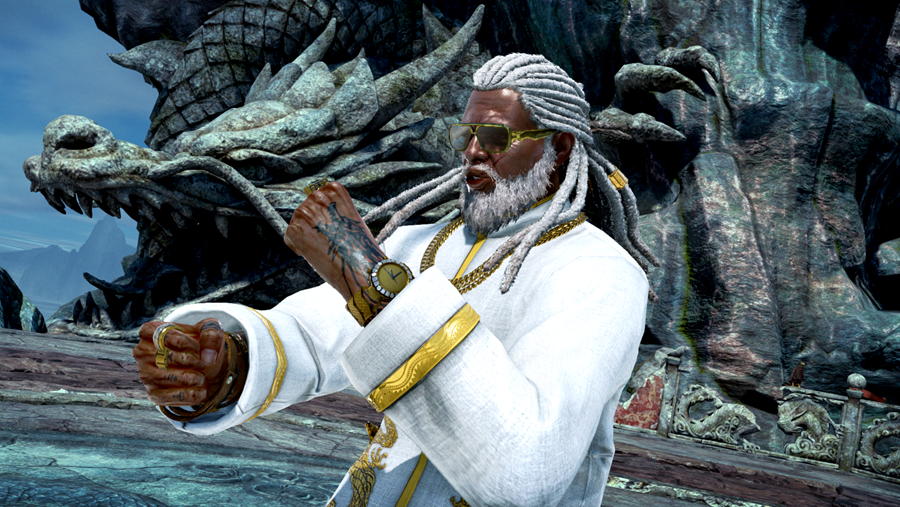 Nearly half a century ago, the city of New York was overrun with countless of gangs whose members numbered in the hundreds of thousands. With both the police and politicians in their pockets, nobody could stop their rampage, leaving the general public simply trying to survive.

Gangs clashed into all-out war in their attempts to expand control over the city. Casualties were a given, no matter who you are, in this hellscape of New York. Leroy, as a young boy, lost his entire family to the chaos, and himself got badly injured by gunfire. He swept out to sea, rescued by a merchant vessel who took him in. Revenge was on his mind as he drifted in and out of consciousness.

He left America, travelling until he came across the wing chun fighting art in the streets of Hong Kong. Fascinated by the art designed to face multiple opponents, while using superior combat expertise to render attackers powerless, he stayed to study it. In the years that passed, after the aftermath of the Big Apple War, 50 years on, the gangs still controlled much of the city.

Leroy returns to New York to avenge his family and free the city, striking at the gangs to cripple them. A gang lord familiar with the old days informs him about Mishima Zaibatsu, the mastermind behind the war who tore the city apart. Leroy enters The King of Iron Fist Tournament, organized by the man himself, to see the truth for himself and resolving to eradicate the corporation should that be right. 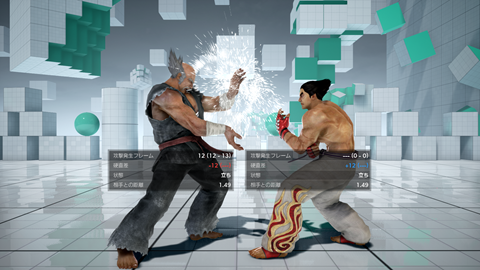 Frame data display with information such as attack occurrence frame, rigidity difference, status, and distance between opponent are shown. Gain insight into the state of advantages and disadvantages of the characters which can be useful for developing strategies. 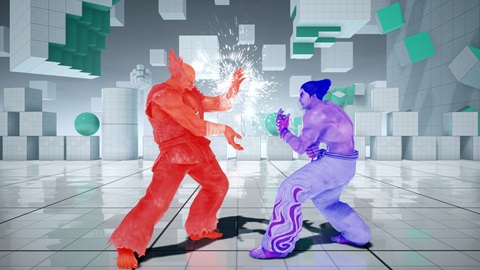 Status of advantageous and disadvantageous will be indicated in different colors. When in advantage, the character will be in blue while the disadvantage will be in red. Using these indicators, you can quickly grasp your character’s state and intuitively understand the basic attack and defense flow of Tekken. 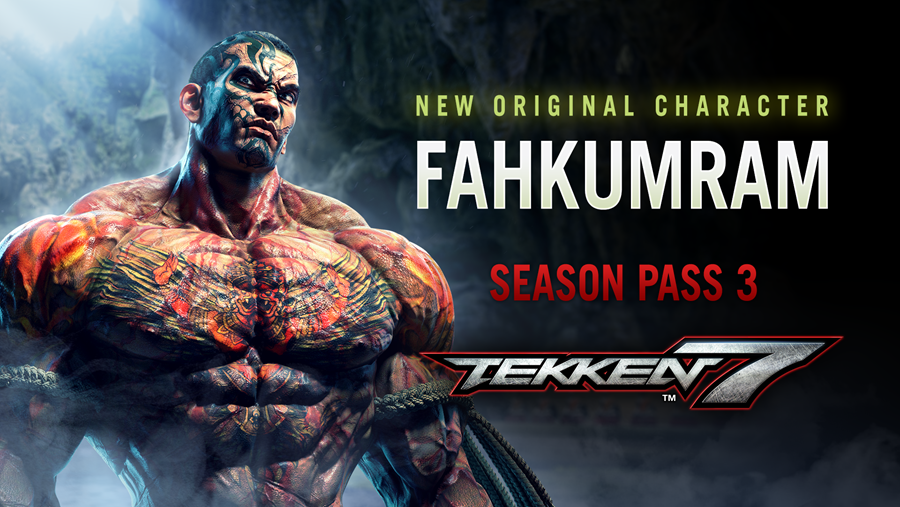 Once a national Thai hero, Fahkumram is a Muay Thai fighter who learnt it at a young age. He was struck by lightning at age 12, which left him struggling between life and death. Somehow miraculously surviving the incident, his body grew well over 2 meters over the years. He became Muay Thai champion at 18, with his unrivalled skill and smart tactical thinking. He married at the peak of his popularity from being an undeafeated champion, building a happy family with his wife and daughter.

At 24, Fahkumram was offered an enormous sum of money to throw a match organized by an anonymous group. He refuses, knocking out the opponent as soon as the match begins. The men try to kill Fahkumram, who in turn killed them instead. He insists on his right to self-defense, but due to the match being fixed by corrupt military and police officials, Fahkumram gets arrested instead, along with his family under house arrest.

He’s forced into fighting tournaments in the underbelly of society, against tigers as a show match. The dreadful treatment and endless fights turns him into a violent being, mentally and physically. Fahkumram is ordered to enter as a national representative to win The King of Iron Fist Tournament, in exchange for his family’s freedom.

More information about this new stage will be coming at a later point. 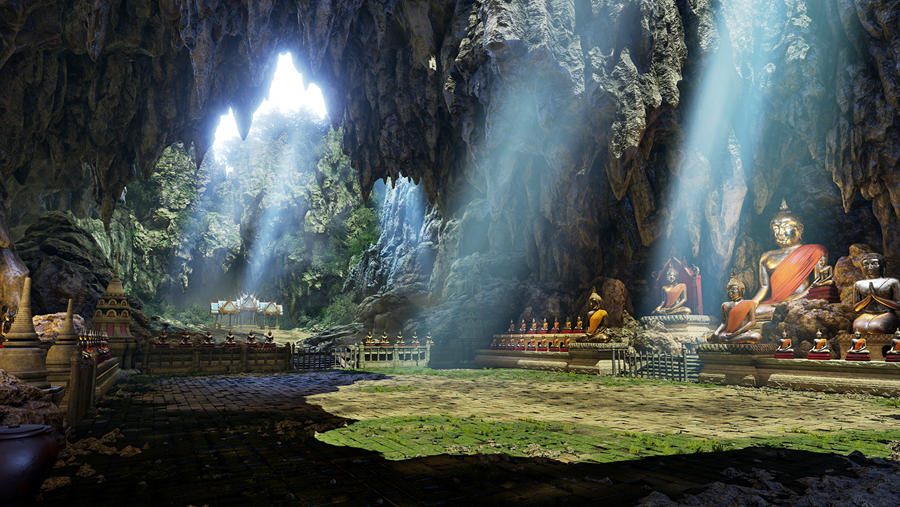 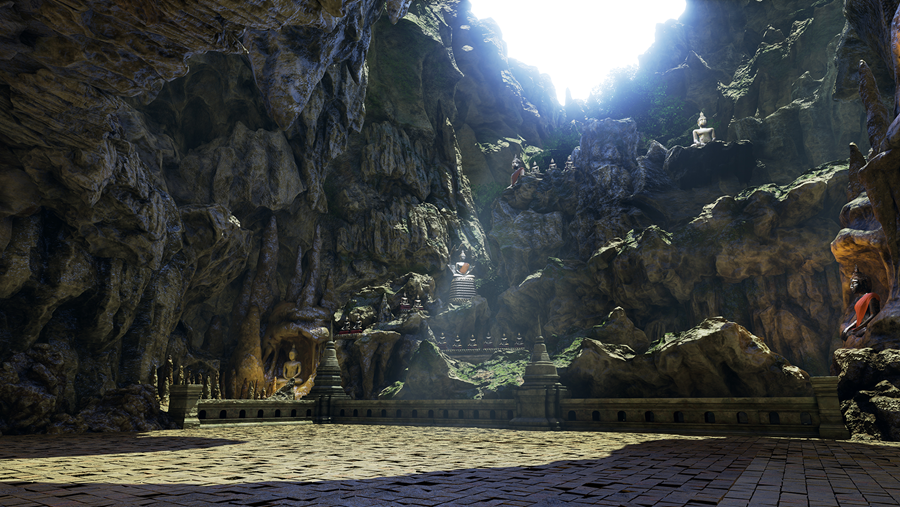 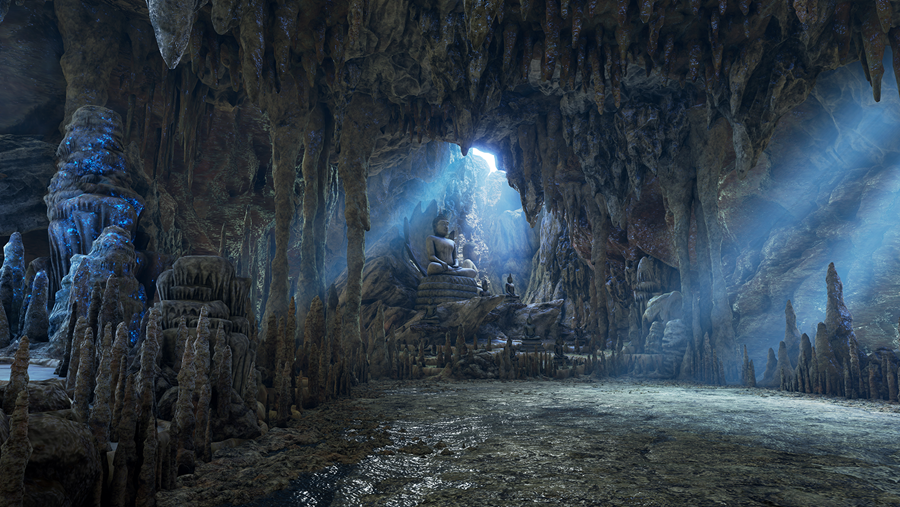 So how’s the 3.10 patch in Tekken 7 looking for you?
Kartrider: Drift has opened for the second beta test! Register at here !
Tags: FahkumranGanryuLeroy SmithTekkenTEKKEN 7
Previous Post