Coming out on 19 July, Stray is a game where you get to play as a cat, but since we got our paws on it early, here’s our review! The game will be playable on PS4, PS5 and PC via Steam.

Note that this review of Stray is based on my experience playing it on PS5. 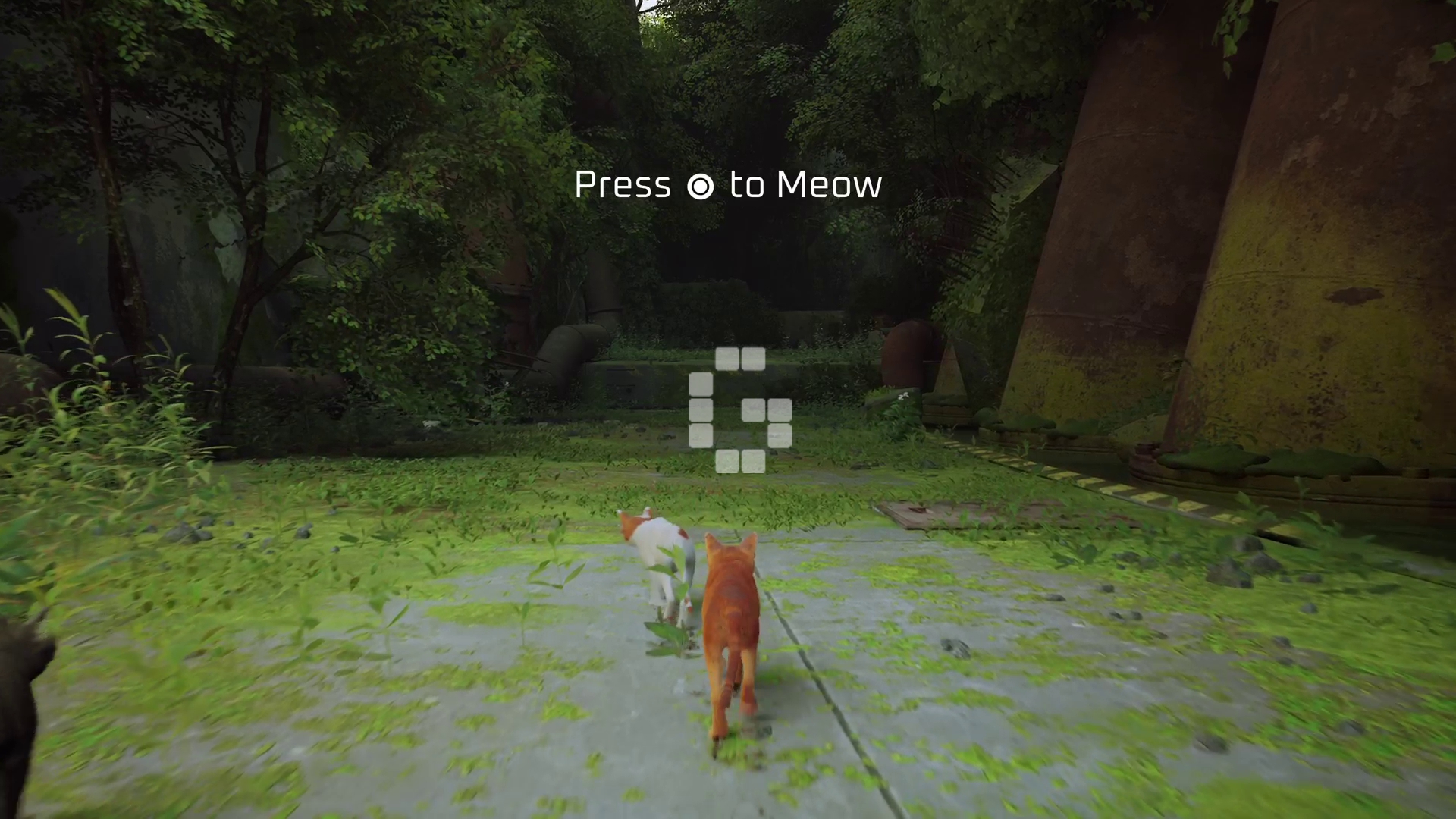 Taking place in a cyberpunk world, Stray puts you in the paws of an orange tabby who has been separated from its family, ending up in its futuristic setting. In order to reunite with its loved ones, the player must untangle an ancient mystery to find its way home. Thankfully, our poor stray will gain a robotic drone ally named B12, but more on that later in this review.

While Stray is rather linear, there is room to explore the game’s unique setting and fun distractions to keep players hooked. It took me over 8 hours to beat the game, but I can imagine more adventurous players taking 10 or more to do the same.

The game’s absolutely gorgeous. From seedy alleyways to outright alien-looking environments, the atmosphere in each level feels just right, further complemented by the fitting sound design. Stray lets you do pretty much anything your pet cat can do—except clawing the living hell out of people or making babies with the neighbours. Thankfully, the game grants you absolute feline freedom in everything else. You can meow and curl up to sleep anywhere.

While the game always points you in the right direction thanks to intuitive game design, such as arrows that blend in with the scenery, I thoroughly enjoyed chilling around and taking my time to enjoy the environment. Even though certain activities like drinking from a random water bowl or scratching a tree don’t do anything in terms of progression, the game is designed to really make you feel like a cat—and nobody can tell a cat what to do!

The game isn’t just a walking simulator, either. There are platformer, stealth, puzzle and even chase sequences spaced nicely throughout. Even though you can’t attack, you can die—but thankfully, you have more than 9 lives and will respawn immediately if that happens. You’ll have to rely on your catlike reflexes or innate feline abilities like picking junk up with your mouth to progress in the game. As the game is set in a futuristic setting, there are robots everywhere in the city who serve as its inhabitants. Fortunately, players will be able to bring along B-12, a tiny robot companion who serves as a translator and guide into the world of Stray.

B-12 also serves as the players’ inventory manager, capable of storing tools like a flashlight and other items that the cat picks up along the way. Overall, the small robot is a useful and non-intrusive way to implement these gaming mechanics without ruining the immersion of being a cat. 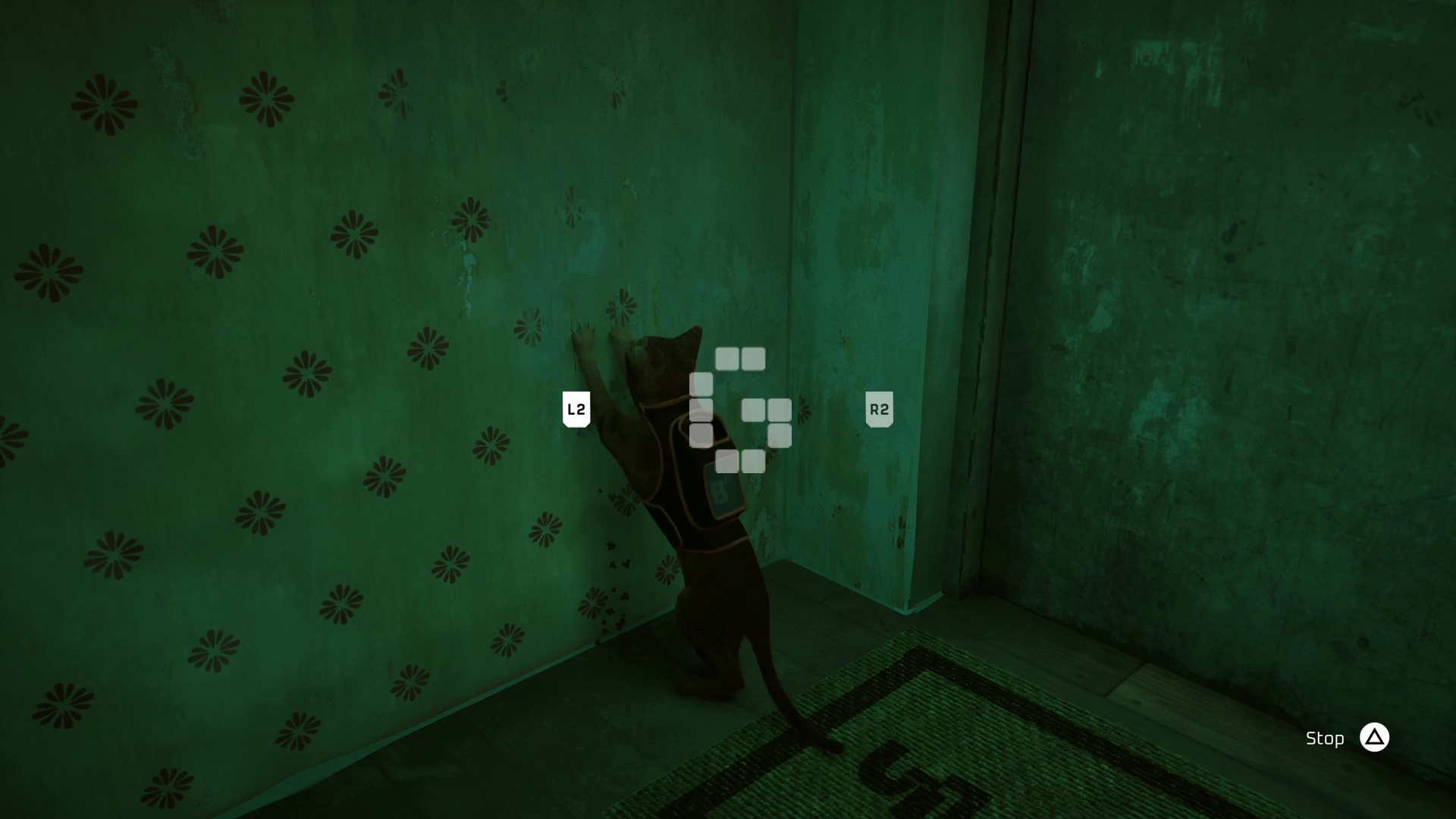 PS5 players have one great advantage over players on other platforms and that’s the extra immersion from the PS5 DualSense controllers! The game makes good use of the features that come with them.

In an early segment of the game, I was pleasantly surprised by how the game used the adaptive triggers. When scratching a tree, you can feel the resistance with each scratch, feeling heavier and heavier as you dig your claws into the tree. Not only that, depending on what surface you scratch, the resistance will vary. Scratching a tree provides a lot more resistance than scratching the carpet, for example, and I love how much the devs went into the details for this.

Another great example would be when the cat purrs. The purring emanates from the controller and will also gently vibrate when this happens. This feels like having a kitten curled up in your hands—very cute! 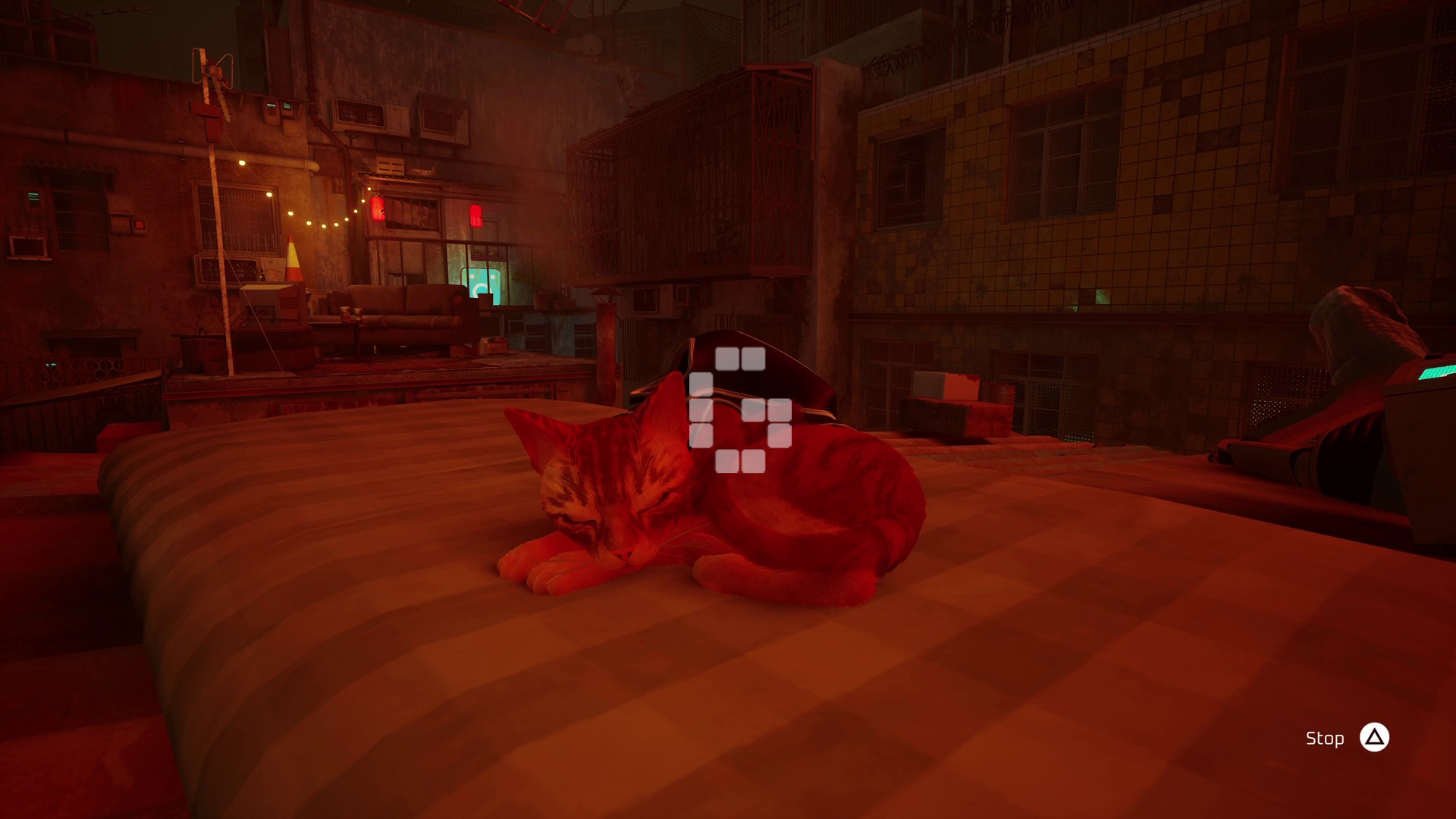 Are you someone who adores cats? Then it’s safe to say that you’ll love Stray. The immersion of being a cat and interacting with the world as our pawsome friends are second to none.

If you’re the kind of player who desires intense action, complex strategies or deep progression mechanics, then the game is probably not what you’re looking for. However, it’s a great form of escapism and a rather relaxing journey throughout that will deepen your love for these wonderful creatures even more.

Learn more about Stray by visiting its Steam page.