OPUS: Echo of Starsong spoiler-free review – A tale that transcends time and space

by Ben
in All
Reading Time: 5 mins read

Occasionally, you will stumble across an indie game that will leave a lasting impression. OPUS: Echo of Starsong, which I had the pleasure to review, is one such game.

OPUS: Echo of Starsong is a sci-fi story-driven puzzle adventure game which takes about 11 – 13 hours to complete. It is developed and published by Taiwanese indie studio SIGONO INC. Even though the game is SIGONO’s third game with OPUS in its title, players do not need to play the earlier games to fully enjoy Echo of Starsong. Each game is its standalone experience.

With that out of the way, let’s dive right into this spoiler-free review of OPUS: Echo of Starsong. A Story to Remember

The game takes place across a galaxy that had just been through a war. Players play as Jun, a noble of East Ocean who is searching for asteroids to claim for his clan. He meets Eda, a witch who has the ability to detect Starsongs, the sound waves produced by some of these asteroids. Together, they travel the galaxy looking for these asteroids.

Even though the game’s plot sounds simple like a typical space adventure, it’s extremely meaningful and profound. The story focuses heavily on the characters and is incredibly emotional and thought-provoking. The characters are amazingly well-written. Throughout the game’s 5 chapters, there is a lot of character development and seeing how the relationships between the main characters grow is incredibly heartwarming.

The story beats and events that happen throughout the game are effective and drive the narrative forward very well. There are scenes that gave me goosebumps because of how touching they are. There are also scenes that nearly made me cry. On top of the emotional character-focused writing, the story also weaves a tale of political conflict and religious sci-fi lore. OPUS: Echo of Starsong is a perfect example of how video games can be a powerful and moving piece of fiction. Even though the game is story-driven and quite text-heavy, it is not a visual novel. Gameplay is a mix of resource management and exploration with puzzle sequences. Throughout most of the game, you will be looking at the map of the galaxy as you travel from one location to another. Players will have to manage their ship’s fuel, armor and their money.

Armor is basically your life, and as you travel across space, there will be various events that can trigger, such as solar flares or pirate attacks which will reduce armor. If armor reaches 0, it is game over. Fuel is used for travelling. More fuel is needed to travel to further locations to advance the story, while money is important to buy more fuel and armor. 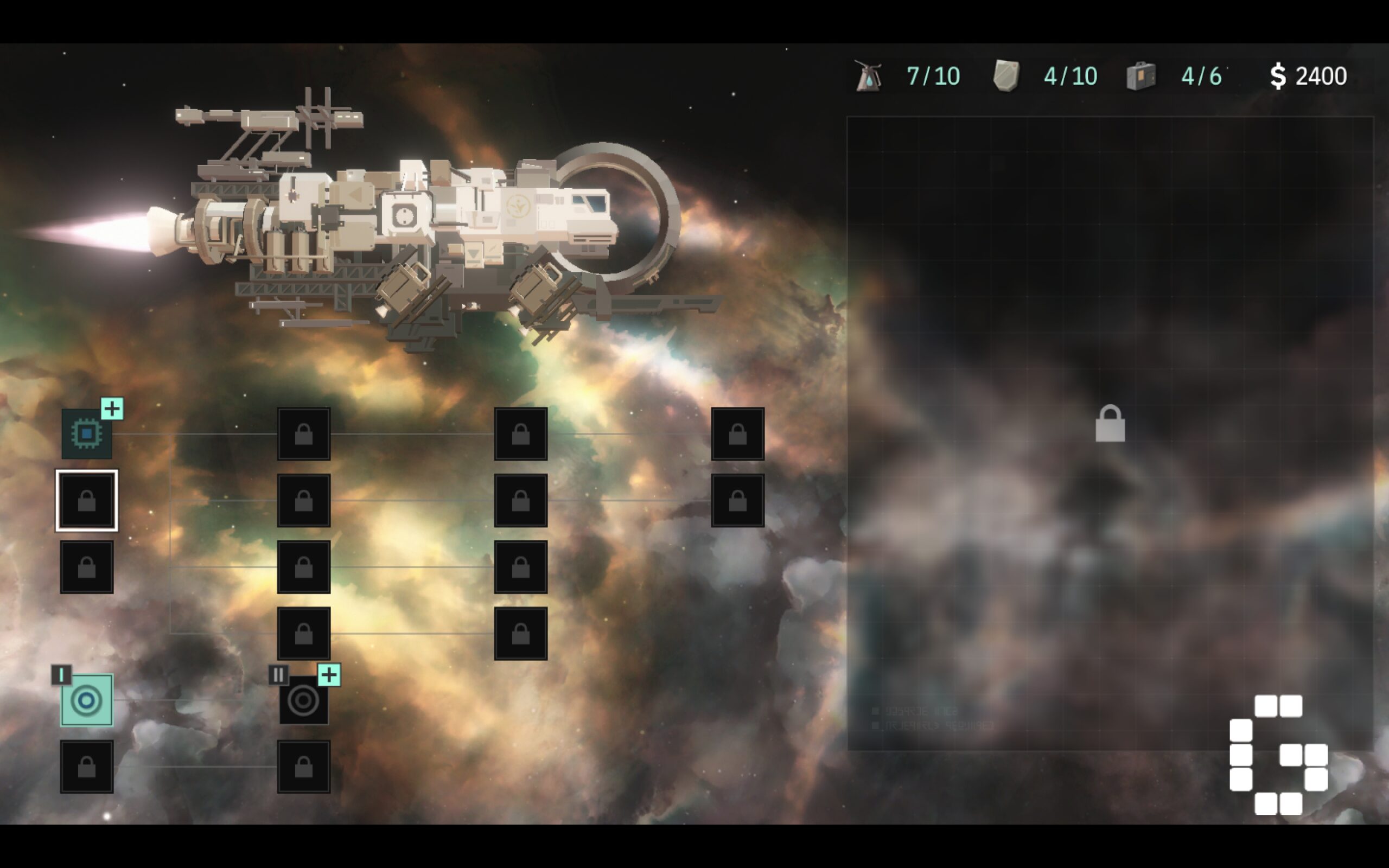 Throughout the game, you can explore places like abandoned space stations and other points of interest. Exploring these places cost Exploration Kits, which costs money. Thankfully, you will usually make more money by selling the items you find. You can also sometimes find materials to upgrade your ship. Overall, you will need to make sure you have enough resources to progress through the story, and as long as you do not waste your fuel on purpose, it is pretty manageable.

Note that the game relies quite a bit on RNG when it comes to the events triggered during space travel and exploring locations. Whether you benefit or lose out from these events depend on a dice roll. While there are ways to improve your luck in-game, there is no way to manually save the game to savescum these events. Even though you can still progress through the game quite easily even if your luck is bad, this is rather annoying for those who are planning to obtain all Memories in a single playthrough, as failing some of these dice rolls can lock you out of some Memories. The other part of gameplay is the puzzles, which usually take place when you are exploring caves or looking for caves to explore. In caves, the game enters a 2.5D perspective, where Jun can walk around the map.

What I like about the majority of the game’s puzzles is how they rely on sound. Most of the game’s puzzles involve Starsongs. The player will need to tune and resonate the Starsong in order to complete the puzzle. It never gets too complex or difficult, but they are very unique and thanks to how the audio is designed, attempting these puzzles feels like ASMR, especially if you play the game with headphones (which the game recommends you to do so when you boot it up). While the majority of the puzzles involve Starsongs, there are other different kinds of puzzles in the game which help to change up the pace a bit. Overall, I really enjoyed the game’s puzzles because of how satisfying it feels to complete them. The game’s sound design is phenomenal. It is the main reason why the puzzles feel so satisfying even though they are not hard. Hearing the echoes of a Starsong get stronger as you get closer to completing each puzzle gave me goosebumps a lot of the time.

Outside of puzzles, the game’s music does a fantastic job of conveying emotions. The OSTs which play during a lot of the game’s scenes are variations of the Starsongs. Listening to these more elaborate versions of the tunes which we heard during the puzzle sequences really sets the atmosphere for the story.

To give you an idea of how good the music is, the quality is comparable to games like Ori and the Blind Forest and GRIS. Triodust, who composed the music, did a phenomenal job, to the point that I recommend purchasing the OPUS: Echo of Starsong Original Soundtrack -Best Selection- DLC. If it wasn’t clear enough in the previous sections of this review, OPUS: Echo of Starsong is a game that is near perfection when it comes to its story and music. I cannot remember the last time I was this emotionally invested in a video game. If there’s only one thing I can nitpick about, is that when you’re in a shop and you click on one of the items to buy, there is no button to cancel the purchase. You have to either buy one of the items or buy it in bulk. OPUS: Echo of Starsong is available on both PC and Mac via Steam for RM 36.00.

You'll be using this game as the benchmark for video game storytelling, trust me.