Made in partnership with MSI Gaming

Every year, MSI marks the standard-bearer of their laptop line, evoking all the values MSI wants to put forward with that line. With the MSI GE76 Raider Dragon Edition Tiamat, they’re going back into the annals of history to compare their most powerful gaming laptop yet with a primordial being- the Mother of Oceans, Tiamat.

As expected of MSI, the MSI GE76 Raider Dragon Edition Tiamat is also heavily equipped with a variety of features befitting of a Heavenly Beast, to make sure that your gaming experience is truly one worthy of legend. You too can own the Heavenly Laptop for RM11,499. The Epic Of Creation, Enuma Elish

In Enuma Elish, Tiamat is the Mother of Oceans, while Absu is the Father of Rivers. They were creatures of primordial nothing, predating Creation itself. When Tiamat and Absu birthed the Gods, thus began the creation of the Universe, which disturbed the slumber of Tiamat and Absu. Tiamat would later birth her own Heavenly Beasts- creatures loyal to her made to fight the Gods. The Gods eventually defeated Tiamat, with her weeping eyes becoming the Tigris and Euphrates- the rivers from wich Mesopatamia would spring forth, while her rips would become the vault of Heaven and Earth and her tail the Milky Way.

Tiamat has become a large feature of the public consciousness, with the name often being referenced in other media, always being depicted as some variation of the mother of monsters. Among Tiamat’s offspring were the Great Dragon Usumgallu, with dragons then continuing to be a cross-cultural phenomenon across both Europe and Asia. Carvings of her children can also be found on the Babylon-Ishtar gate, cementing her place as the mother of modern fantasy beasts.

This is the kind of primal nobility is what the GE76 Raider Dragon Edition Tiamat  strives for, giving you the feeling that it’s not just a beast- it’s the genesis of beasts itself. Its body is given a finish made to look like it was carved from stone, without any of the downsides. These carvings even feature the Heavenly Beasts themselves, as as well as a powerful dragon with grand prominence on the laptop’s cover.  It’s also got a gold-leaf effect on key parts of the laptop, including some ancient Babylonian patterns to really give it a legendary flavor, standing head and shoulders over its competitors.

The Beast In The Machine

While the laptop looks like it came from Babylon its hardware is anything but- it makes full use of the NVIDIA Ampere Architecture, letting it unlock the full potential of the RTX 30 series GPU so you can play all the best games at all their best settings. It also allows the use of NVIDIA’s own DLSS technology, meaning not just more powerful rendering, but more efficient- letting your GPU decide which objects need more detail and which don’t.

On the CPU end, the GE76 Raider Tiamat has a 10th generation Intel i9, allowing you to run multiple different applications without worrying about the laptop struggling or crashing altogether.

It also makes use of the Resizable BAR, allowing the CPU to borrow power from the VRAM, meaning the laptop can adapt to the needs of whatever you’re running, making sure you’re always getting the GE76 Raider Tiamat at its absolute best, even in the event of some future game that’s too much for the GE76 Raider Tiamat. Considering the GE 76 Raider Tiamat is supposed to represent the pinnacle of the this year’s line of laptops from MSI, it makes sense it would be rocking the NVIDIA GeForce RTX 3070 Laptop GPU, one of the best graphics cards on the market. You’ll be able to play games with the cutting edge Raytracing, giving you more realistic reflections and lighting effects. This will be especially good for games like Watch Dogs: Legion, wherein cities like London will only look more realistic basking in ray-traced lighting.

On top of that, the GE76 Raider Tiamat has one of the best gaming displays built into it, with a 17.3″ FHD display (1080p). The monitor supports up to a 300Hz refresh rate, meaning if you decide to uncap your game’s frame rates you won’t have to worry about the monitor not being able to keep up. With the FHD display, you’ll be able to play your games at an amazingly high resolution and running at over 100 fps with the high refresh rate.

Like with many MSI Gaming laptops, the GE76 Raider comes with the newest iteration of MSI’s Mystic Light, bringing you 16.7 million colors to switch between. These can be customized with a variety of effects, letting the colors change according to the game you’re playing or even to suit your own personal style.

The Legendary Beast Of Connectivity

If you’re not using the GE76 Raider Dragon Edition Tiamat with a wired connection, don’t fret. This beast uses the Wi-Fi 6E, allowing more information to be carried and processed at a single point in time. In more real-world terms, think of it like a highway- Rather than having a single dirt road in a village, the GE76 Raider Dragon Edition Tiamat is more like a multi-lane highway, allowing a much higher volume of information-cars with a much higher threshold before it starts to slow down.

There’s also the Killer Ethernet, which works in tandem with the Killer Control Center to protect you from lag spikes. It allows you to manage the bandwith consumption on your network, making sure that none of your apps get in the way of your streams or your high-end gameplay. Whether wired or wireless, you’ll be playing comfortably with the GE76 Raider Dragon Edition Tiamat’s suite of features. 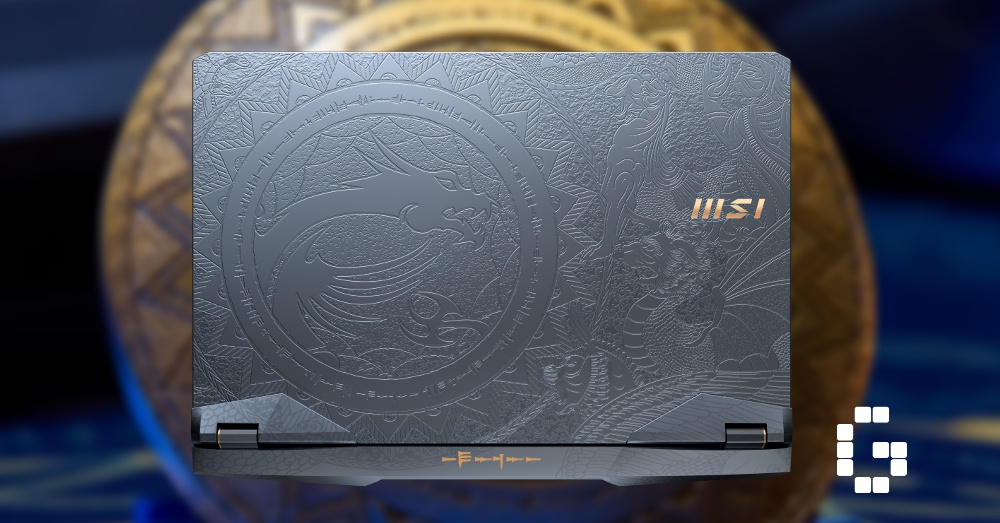 Aside from that, the GE76 Raider Dragon Edition Tiamat is prepared to handle any and all manner of accessories, with some of the most robust selections of I/O ports. These include USB Type-C, USB Type-A, Mini Display Port, HDMI 2.0 and a Full Size SD card reader, meaning you’ll be able to use it with a variety of accessories such as second monitors, VR headsets and even read footage from your cameras.

It’s really good that MSI have included these options with the GE76 Raider Dragon Edition Tiamat, since it opens up the pathway to so many different types of gaming. USB Type-A means you can plug in accessories like fight sticks, and as previously mentioned, the Type-C lets you use your VR headsets. Having both a Mini Display Port and HDMI is also great, letting you connect to more different types of monitors so you can have a second screen for streaming or movie watching purposes.

Regardless of your reasons, the MSI GE76 Raider Dragon Edition Tiamat is definitely going to be one of the most unique laptops to come out this year. From its intricately carved design to its top of the line specs, you’ll want to grab your own via your local authorized MSI Gaming reseller or MSI’s own website. The laptop will retail for RM11,499, so make sure to get your own for a truly heavenly experience.