Battle royales are dime a dozen these days, and Ubisoft’s Hyper Scape is yet another addition to the market. You could very readily assume Ubisoft is eager to get a piece of the pie, seeing how wildly popular titles like Fortnite, PlayerUnknown’s Battlegrounds and Apex Legends are.

Without further ado, an intervew with Jean-Christophe Guyot on Hyper Scape.

Hyper Scape doesn’t start out especially story heavy, but the narrative gradually opens up with the introduction of Memory Shards as collectibles, providing an image and a text that provides more info on specific characters and events of the season. At least one new Shard will be discovered per week, accessible in the player’s locker once found. The game is meant to be an intense, innovative Battle Royale experience, with a global story to also be revealed through additional transmedia creations like comics.

2054 sees a darker, meaner, more desperate world. Technology helps for the day to day grind – from neural networks to cybernetic augmentations to burgeoning AIs – but the bottom 90% have it  tough. If you work for a megacorporation, you’re one of the lucky ones. Otherwise, you can participate in an intense urban battle royale that unfolds in the virtual world of the HYPER SCAPE. But there is a dark mystery hidden in the Hyper Scape, and it looks like Prisma Dimensions is trying to hide it… 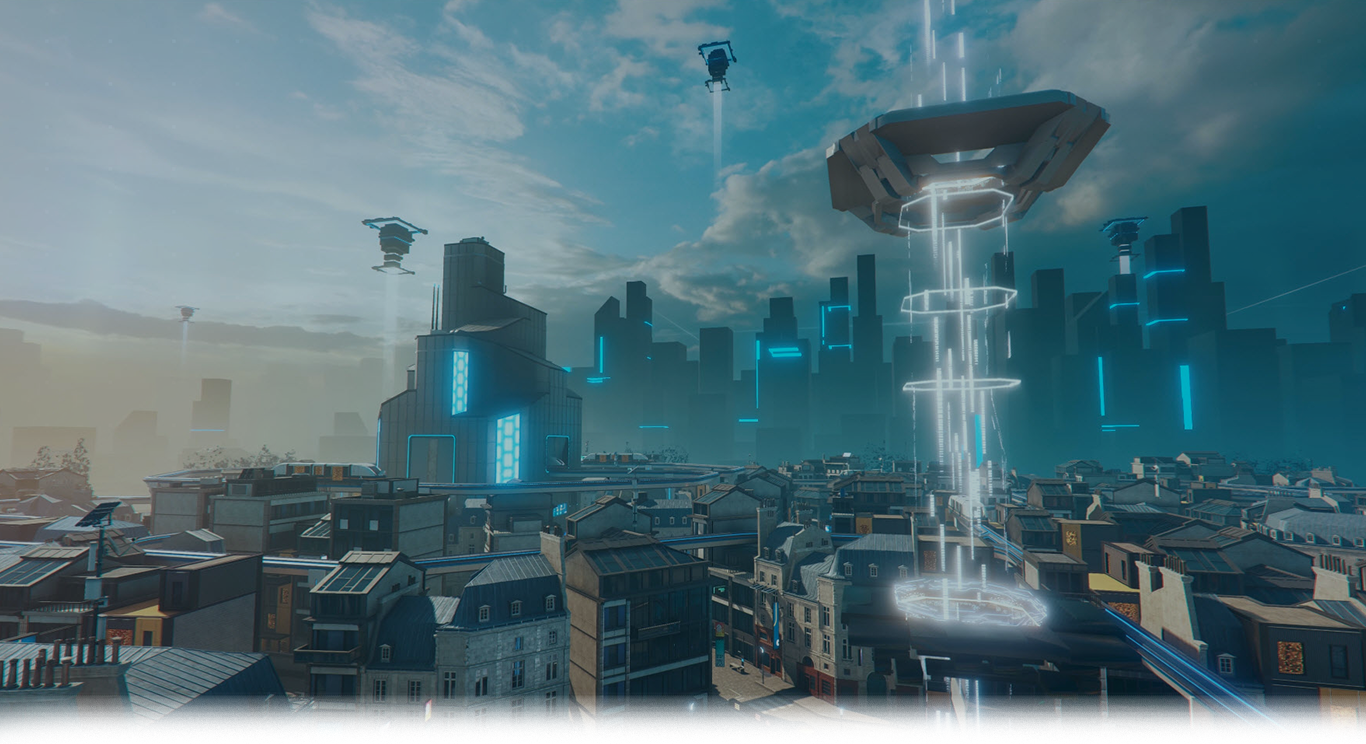 By now, many of you would have noticed the real life locales within the game. You might think it’d be easier to make an entirely fictional city and background. As Guyot explains,

We wanted our experience and lore to remain grounded in today’s reality, even if the action is taking place in the future.

They wanted the characters to make sense to the players, to find someone they like to play as, be it their looks, origins or backstory.

So how else does Hyper Scape differentiate itself from the other battle royale games out there? It boils down to three key pillars:

For now, they will be focused on evolving Neo-Arcadia season over season to keep the experience new and fresh for all players. We’ll have to wait and see if they will introduce more maps gradually over the long term.

For those unfamiliar with Hyper Scape, the win conditions are simple:

This is quite different from most other battle royales which typically only rewards the last man standing. Guyot describes the Crown Victory being one of their key innovations in order to cater to more varied playstyles: if you can outwit your opponents by being quick and using your Hacks, then why shouldn’t you win by grabbing the crown? The crown spawns in the final zone, opening up options for players: do you go for it, or will you win by eliminating those who try to get close?

Esports isn’t strictly on the cards right now with the game still in its infancy. Guyot believes the intense FPS battle royale experience would get the attention of the most competitive of players, but the community will decide if they will pivot to an esport. They’ll be monitoring feedback and support community initiatives to organize tournaments for the time being, developing competitive specific features once they see the need for it. 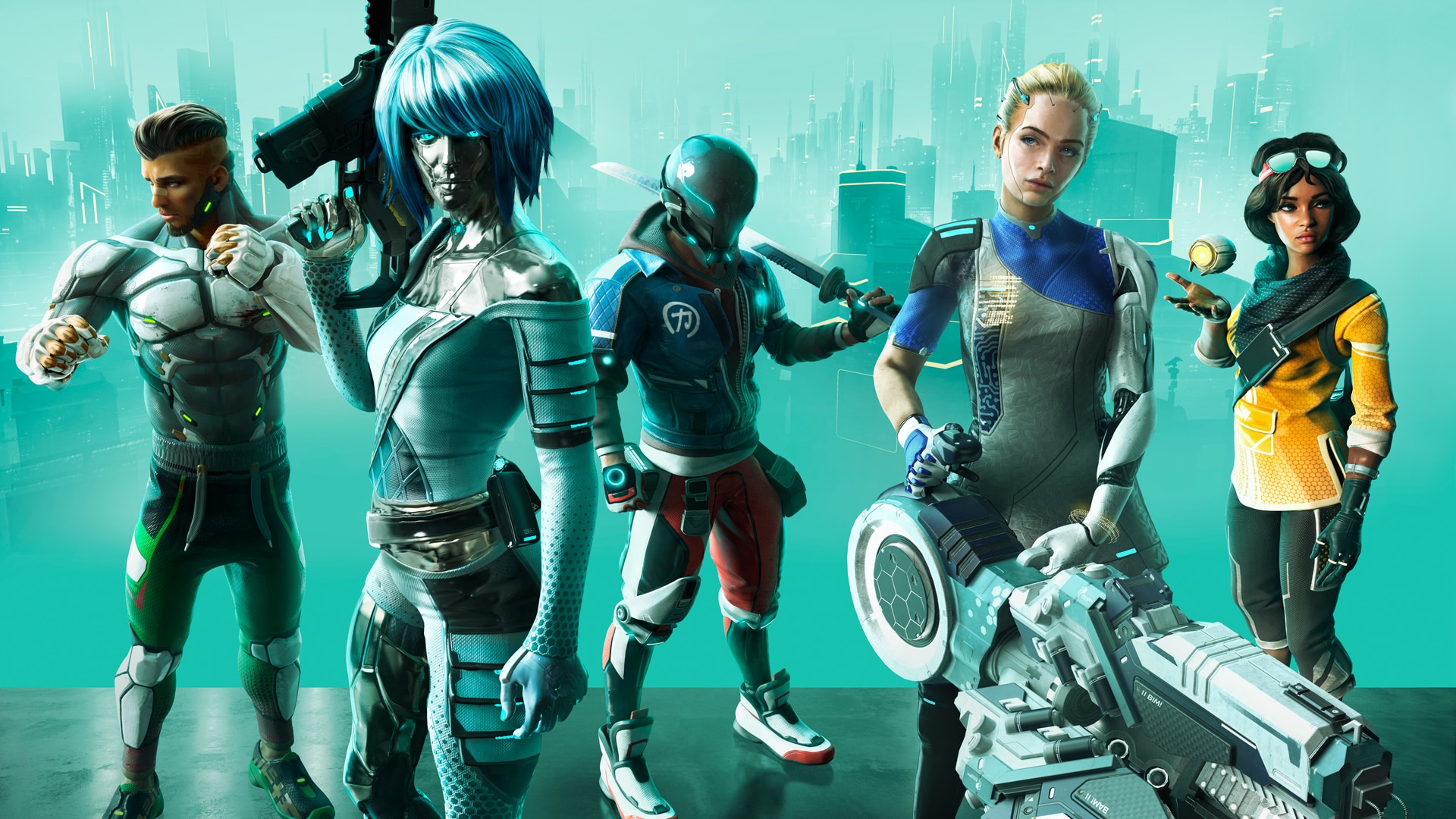 They haven’t taken any particular inspirations from Rainbow Six Siege, Ubisoft’s most popular multiplayer game to date, but the solid FPS foundation was incredibly helpful to build on. Otherwise, Hyper Scape is its own unique experience, with lore completely different from any other Ubisoft IP.

Hyper Scape is a free to play title, and it would be hardly surprising to find hackers and cheaters in it. As such, they use the tried and tested BattleEye from Rainbow Six Siege, as well as use the other team’s experience to make catching these cheats as efficient as possible. Naturally, Guyot does not disclose exact details on catching the hacks in the act, but he does mention that they do hardware ID bans, with over 10,000 cheaters already locked out. Besides that is an anti-DDOS infrastructure to prevent service disruption. Otherwise, the fight against cheaters is a long-term battle, and they will be nothing but commited to ensure Hyper Scape will remain a fair and reliable battleground for all who play.

Balance is a neverending job, with updates to come as frequently as necessary, with some already implemented during the live phases and the start of Season One. One new gun – the Dragonfly – and one new Hack – the Magnet – have been introduced with Season One with more to come over the seasons. Characters will be on a similar update cycle, along with new outfits for existing ones. Guyot coyly confirms new champions for the next Season, but we have to wait along with you readers to know who they will be!

Give us some support by subscribing to our Youtube Channel !
Tags: Hyper ScapeJean-Christophe GuyotUbisoft
ShareTweetShareSend
Previous Post